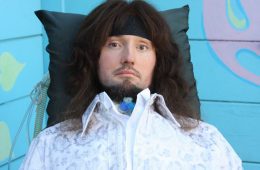 JASON BECKER Is Working On New Album; Here’s How You Can Help

Panagiotis KaragiannidisOctober 4, 2016
Jason Becker, the guitarist/composer who has had amyotrophic...
02 min read 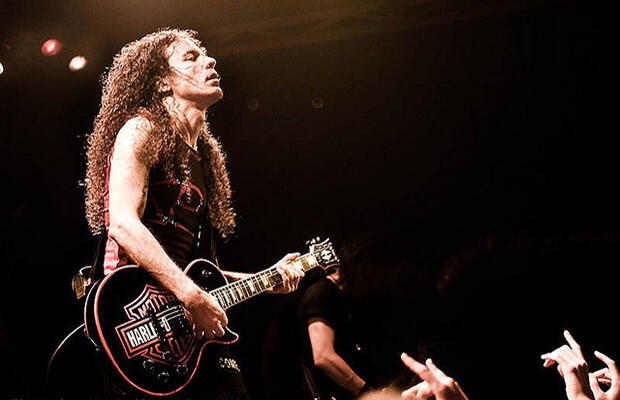 MARTY FRIEDMAN: ‘You Can Pretty Much Say I’m A Hypocrite’

Manos SpanosJune 16, 2014
In the June 2014 issue of Decibel magazine, former MEGADETH guitarist Marty Friedman was asked to explain why he chose to release a mostly instrumental album in this year's "Inferno" after advising aspiring musicians in a recent interview that they should avoid instrumental music because it's a dead-end street. "Yeah, I'm a hypocrite," Marty said. "The funny thing about artists is that they often contradict themselves, and I'm certainly guilty of that. But I really do think instrumental music is a dead-end street if you're an aspiring musician. "I've been playing for a long time, and I've got a certain fan base. And the good thing about my fan base is that it's not just one set of people. In Japan, most people know me from a particular television program — they don't even know that I do music. Some people only know me from my solo albums. Other people only know me from my past career, which is certainly the case in America. So, people know me from many different things, which affords me the luxury of doing whatever I want, be it instrumental or vocal. But if you're just starting out, instrumental music is tough to make a career out of. And to be honest with you, l'm not really a fan of instrumental music. I don't listen to much of it. Usually when I hear it, I get pissed off because I'd do it differently. That's an honest answer. The music I listen to is 100 percent music with vocals, and that's how I set out to make my instrumental music. It's hard to explain, but it's a different mentality than someone who is immersed in instrumental music. But yeah, you can pretty much say I'm a hypocrite." Friedman told GuitarMessenger.com at this year's NAMM (National Association Of Music Merchants) show, which took place in January at the Anaheim Convention Center in Anaheim, California: "Instrumental music is a tough genre. It's the funnest thing to play, because you don't have to deal with any singers. But in reality, it's a very limited amount of people who can stand it. "It sounds hypocritical for someone who's released so many instrumental albums, but I think that's the standard to which I make my instrumental music. It's like for someone who can't stand instrumental music; it has to be at this level of stuff. It's far beyond showing your chops and showing what you can do. And the worst thing is how versatile you are, because I don't want to hear a country song, a blues song, a metal song, a rap song all on the same album. A lot of instrumental guys tend to do that because it's like a résumé, which is fine for a résumé, but not for a listening album. "There are four songs on my new album, 'Inferno', with vocals, so it's a band vibe on some of it. It's almost like CACOPHONY, [which] had some vocal songs and some instrumental songs. Sort of like that, but there are more instrumentals on 'Inferno'. "Instrumental music is kind of a dead-end street… The reality is, the more you can fit yourself into a band context the better you will be for the long run, and the better you will be for the more experiences you'll have. "If I was only doing instrumental music, I think I would pull my hair out. There's a time and place for it. When I do it, you can bet that there's no stone unturned. It's going to be the rad stuff and it's definitely not a show-off type of thing and it's not an arrogant type of thing. "My advice is, collaborate with as many people as you can. Play in a band. "Being by yourself, doing everything by yourself… unless you're someone like Prince, who's a god, I wouldn't want to put all that work on you. Be part of something great." Friedman's new solo album, "Inferno", was released in May via Prosthetic Records. The CD containa several collaborations with players influenced by Friedman, including Alexi Laiho (CHILDREN OF BODOM), REVOCATION guitar whiz David Davidson and the flamenco/metal acoustic duo RODRIGO Y GABRIELA. In addition, the album includes Friedman's first songwriting collaboration with Jason Becker since the pair played together in the pioneering duo of guitar mayhem CACOPHONY. "Sociopaths" lyric video:
05 min read 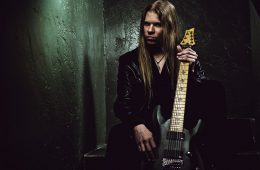 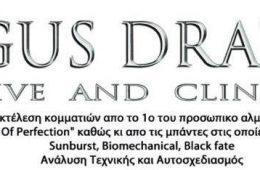 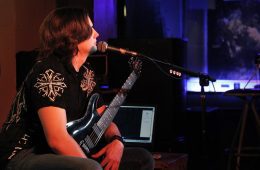 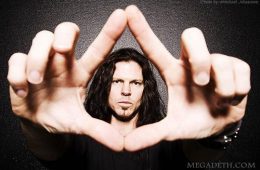 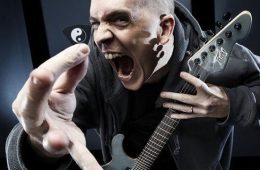 TRAIN OF THOUGHTS #1: Why Should You Have Good Guitar Technique And How To Develop It

Panagiotis KaragiannidisOctober 3, 2012
Hi, my name is Gus Drax and I’m the lead guitarist of the bands Sunburst, Biomechanical and Black Fate. I have also an instrumental solo album out called "In Se...
09 min read

Panagiotis KaragiannidisJune 9, 2012
When I have the opportunity to write about a person that made me love music and see it from a different side (more…)...
00 min read

Manos SpanosMarch 29, 2012
There are many talents in the music industry but few of them managed to make something special. Such a case is also (more…)...
00 min read

Panagiotis KaragiannidisDecember 20, 2011
Christian Muenzner needs no introductions. For those of you who don’t know him, it’s never too late, although you’ve probably heard (more…)...
00 min read