IN THE REARVIEW MIRROR #1: Heavy Greetings From Sweden 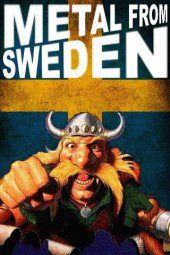 So the new rockin’ layout of Metalpaths.com is up and running – and along with it, apparently so am I!

I thought this might be a good time to introduce myself in a few words, as we haven’t been properly introduced yet. Better late than never.

My name is Daniela and I was born and raised in the south of Sweden in the city of Malmo. This has been the base of my long and prosperous rock’n’roll life and it will continue to be as long as I’ve got anything to say about it.

As you know, you should never ask a lady about her age, but I’ll let you do the math yourselves by saying that I was a teenager, fresh out of senior high school, when I got my first job writing about heavy metal for one of the major newspapers in Sweden back in 1988. That was the stepstone to… it all, I’ve done pretty much everything within the music business ever since. 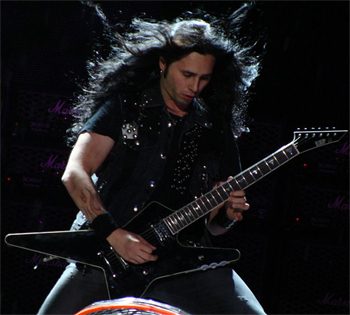 So many things have happened since 1988 and I launched my blog “In The Rearview Mirror” last year to share some of all the memories with other dedicated fans. Memories, photos, old interviews, videos… the whole thing. Visit it if you like and you’ve got plenty of time to kill.

I travel a lot to see shows all over the world, it’s my greatest passion in life. One of my favorite live-acts is Greek heroes Firewind, which are actually also indirectly the reason why I ended up here on Metalpaths.

After the Firewind show in Athens in January, Panagotis, who runs this page, found my Firewind tour-blog and liked it – and I guess the rest is history. Here I am now. He also handled the video camera for the Gus G interview done in Thessaloniki back in July. Go look it up on YouTube or why not here somewhere on Metalpaths.com

I’m actually in the middle of travelling back and forth across Europe right now, catching Firewind everywhere I can on their UK/European tour. so for once I barely even have time to put together this presentation properly, but I hope you’ll stick around for some more in-depth scribblings down the line. Until then – keep the faith..!