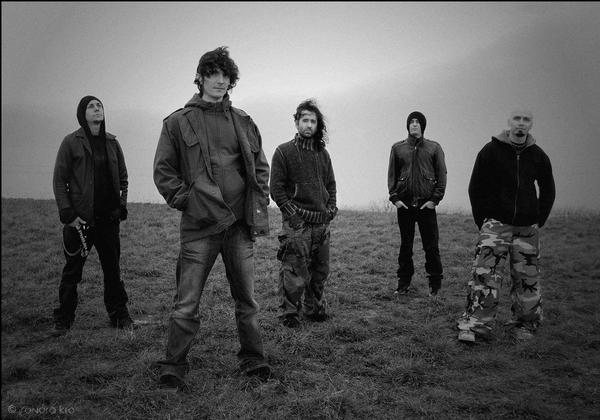 Hello guys, first of all, congratulations for signing with Metal Blade! what are you into at this time?

Hi, thank you very much…. We are very happy to be with Metal Blade! We are looking forward to seeing the album released actually! At the moment, some of us go to the movies, walk in the woods, go out to concerts, read, do some sports and obviously practice their instruments… As far as the music is concerned, our tastes go to Sepultura’s last album, Tom Waits, Dead can Dance, Massive Attack.

I would like to ask you about your recently decision to change your name from END. to Eryn Non Dae.

There are simply too many bands with a similar name out there. Of course we would have loved to keep the name but our label pointed to us that it would be wiser to start under a new banner and they are right. The three words of Eryn Non Dae. do not only start with the initials of END, it is also a dark and eerie name that fits our music perfectly!

Right after signing with Metal Blade, how did you guys feel? What are your goals and what are you expecting from the label?

So relieved to have found such a label, happy and proud!!! As soon as I got their answer, I first yelled alone, before my computer, and then I used my telephone like crazy and called the other members of the band, friends and my girlfriend. Signing with this label, the band is going to become more notorious and leap forward; that is great. We want as many interviews in magazines and webzines as possible… We want our album to be accessible everywhere and we want to be able to tour intensiveley so that we may share our musical spirit. And with such a label as Metal Blade, all these objectives and expecations whould become concrete.

As far as i know, at the moment you are working on your upcoming full length. Would you like to tell us a few words about it?

The album is ready. There are 9 tracks – one of them being instrumental only. It took us two months for the takes/mixing and mastering to be complete. We worked a lot before recording. We rehearsed intensively six months before going into the studio. We also had a pre-prod in order to have the adequete distance. We are specifically proud of this album. In comparison with the EP, I believe we did go much forward in terms of musical maturity and personality.

So have you concluded to to who will take care of the production of the album? Will the album carry on the extreme metal style which can be heard in your EP?

The album was produced by Mobo who also produced the EP. he is a friend with whom working is a delight… He is an exceptionnal human being. Yes, it is still extreme metal but much more colourful and filled with different moods. It is less dense than the EP. We worked a lot on the guitars… Math, the singer, did an amazing job. Mika the bass player used his instrument almost like a guitar also because he is a guitar player (an excellent one by the way) in another band called Ethersens.

And finaly, have you found a title for the album so far?

Yes, the title is “Hydra Lernaia”. 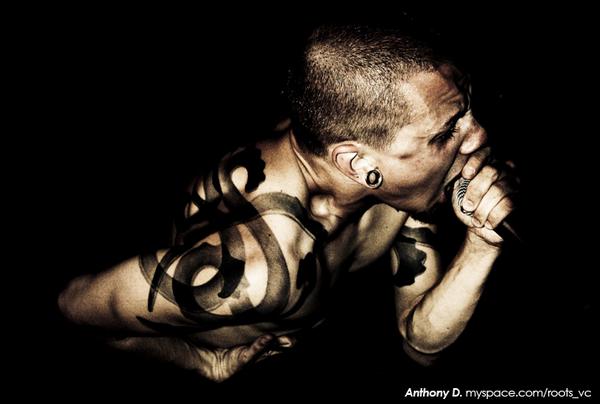 On occasion of releasing your first full length, what are your touring plans for this summer/autumn?

Since the album will be released in June, I think the summer promises to be very calm….Then we need to find a Booking agency to be able to tour with a bigger band by the fall. Until then, who knows, maybe we will be doing a few concerts here and there. We are also planning to tour with a french band in Europe and in the US for the fall but it is not concrete yet.

Have you toured around france yet? And have you had the opportunity yet to play shows with big bands of the international metal scene?

In France, yes, we have played almost everywhere. Around sixty concerts with big international bands such as Pelican, Gojira, High on fire, Sybreed… But we also did the Hellfest with Neurosis, Machine Head, Slayer among others.

Your EP “The Never Ending Whirl Of Confusion”, which i really like! came out in 2005, in the between what have you guys have been doing as a band?

We actually have played a lot in 2006 as we were strting to compose the album. Taken the style we practice, it takes a lot of time… The setting up, the structures are complex and finding the starting idea does not come easily so we have been composing throughout 2006 and 2007. The in the summer of 2007, we did record the album. Beginning of 2008, we sent it to different labels and end of 2008 Metal Blade finally responded… We actually had received other propositions and we then compared them all. Good God, this question makes me realize how Time flies!! (laughs)

Considering your music as extreme metal, name a few of your favourite bands(or bands which have influenced you throughout the years)

All through my life an din chronolgical order, I would say that the band that influenced me are: Metallica, Sepultura, Machine Head, Meshuggah, Neurosis, Tom Waits, life…. So you see, these are not bands which are necessarily similar to what we do.

Since you are from France, how is the extreme metal scene over there at the moment?

It is getting better! The level of the bands is getting higher and higher and they can easily rival up international ones. Then Gojira did open a great door… The other countries told themselves “God, let’s take a look at Gojira’s fellow members”! What actually moved us was when Brian Slagel, Metal Blade’s big boss said “I knew Gojira, now there is END.”! Bands like Hacride, Ananta and JenX are killers!

Is there anything else that we should know?

Thank you to be taking interest in us and I would urge everyone to take care of Nature and the animal reign before it is too late.

Alright guys! Thanks for the interview!

Thanks again to you…

Interview by: Manolis A.