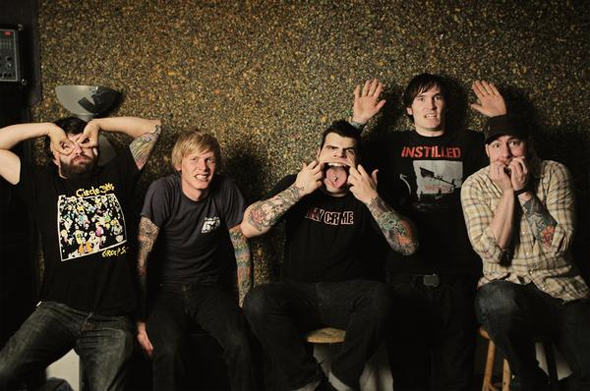 Being able to ask a few questions to one of your favorite artists was always a pleasing fact and the same happened to me with the Evergreen Terrace interview. To avoid any needless words, below there are a few statements made by the lead guitarist, Josh James, who speaks about the upcoming album and the band’s flash news.

You are in the process of recording a new album, could you please tell us a few things about it like how many tracks shall we expect, how is the recording process going so far or maybe the possible title of the record?

You can expect 10 to 12 tracks on this next record. It will be out sometime in September on Metal Blade Records, we will be releasing the artwork and title of the record as soon as we have it finished. So far we have nailed down the drums, bass, and most of the guitars. The studio sessions have been extremely laid back, which is different for us. Usually we are running out of time and ready to kill each other but something is different about this one. Probably has to do with the fact that this record is going to blow everything we have done out of the water.

In the Writer’s Block album you have covered many masterpieces from bands like Smashing Pumpkins, Offspring etc and the worthy of remark is that the genres of the songs differ so much the one from the other. What was the reason you chose these songs and does this witness your playlist at home maybe?

We covered those songs because we liked them, there was no scheme or gimmick behind it. Just a batch of songs that we wanted to take a crack at. 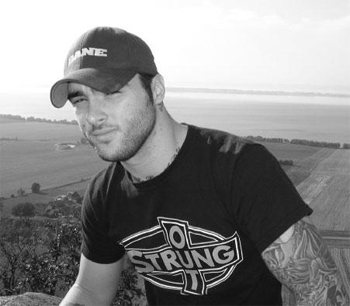 How would you imagine the vol.2 of the Writer’s Block? Are there any artists you already know you would include in the album and shall we expect something like that for the future?

Funny that you mention that, we were talking the other day about how much fun it would be to do another cover record, or at least how we could make a 2nd one better than the 1st. Not sure if it will ever happen, but it just might. I can’t reveal the songs we were talking about, don’t want anyone stealing our ideas, haha.

How are things with Metal Blade Records going so far? Are you satisfied with the label?

The people at Metal Blade really care about music and their bands, so you can’t ask for much more. So far, so good. Anytime we have had a problem they try their best to fix it.

Have you ever tried to compare your works the one with the other? Which is your favorite album? Do you prefer the songs which have more clean vocals or the others?

Honestly I think that we just get better at what we do with each new record. This record will be my favorite. I don’t really prefer one type of song over the other that we do, I just like what I like.

When I first listened to Evergreen Terrace your titles seemed to me a bit strange (Chaney Can’t Quite Riff … for example). Do they really mean something to you or is it just a game of words?

Yeah, it does mean something, most titles relate with the lyrics or idea of the song. The “Chaney” title has a story as well. A few years back there was a write up about us in a popular magazine where they attempted to insult our other guitarist, Craig Chaney, by saying “Chaney can’t quite riff like Helmet’s Page Hamilton but he sure can try to sing like him.” I’ve never heard anyone say Craig sounds like Page Hamilton, but Craig definitely took it as a compliment instead of an insult as the magazine had intended. The lyrics to the song talk about no matter how much someone trys to bring us down we won’t go down until we are ready.

And what does “Evergreen Terrace” mean?

742 Evergreen Terrace is the address of The Simpsons

You have shared the stage with many famous artists such as Norma Jean, Walls Of Jericho, Cataract etc. Which was your favorite tour and why? Were you a fan of any of those bands from before?

My favorite tour was Soundwave 09 with Nine Inch Nails, Alice In Chains, Alkaline Trio, Bloodhound Gang, Lamb of God, New Found Glory, Face to Face and other awesome bands. It was really cool to be on a tour with such diversity as well as I am a fan of most of the bands on the tour so I was stoked to see them play everyday!

You posted a blog on myspace asking the fans to help you play ten minutes more in the Vans Warped Tour and I was really wondering if a band like Evergreen Terrace or others similar to you really need a vote to play a few minutes longer.

Yes, we did. It is a contest where whoever had the most votes on Warped Tour got to play 10 mins extra. Only 1 band per day was allowed to win. Wapred Tour is very scheduled, it is a strict 30 min time slot for EVERY band, so trying to win the 10 extra min is a big deal to all the bands.

We never saw you perform in Greece, is it maybe in one of your future plans to visit our country? Do you receive any e-mails from Greek fans asking you to come for a show?

Yes we have received a lot of emails fro Greek fans and really want to play your country as soon as we can. We love going to new places and Greece is on our list! 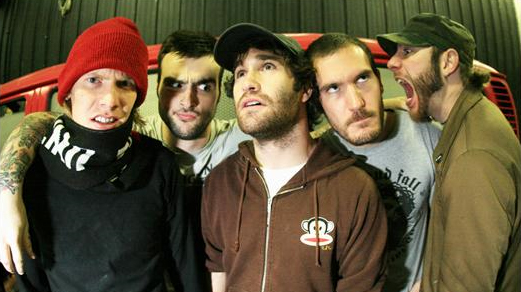 Which is the worst thing that has ever happened to you while touring and has to do with the fans?

Being chased by the police because a fan had snuck into our trailer without us knowing, with intentions of staying on tour with us.  The kids parents said we tried to kidnap their son.

There has been a while since you have finished your Australian tour, how is it like having to travel overseas in Europe or Australia? Do you ever miss being home? Does this finally worth the cost?

Going overseas is fucking awesome! I love traveling and seeing the world, our fans are extremely loyal in Europe and in Australia so it is always a blast for us! It’s hard leaving home and leaving friends but it is worth it to be able to see parts of the world that we never would have the chance to see and to make new friends and see old friends overseas, which is a huge upside.

Some of the members have some other projects apart from ET like Casey Jones. Do you find the time to pay the same attention to your other works?

No, that is why it’s a side project. It is mostly for fun with no intentions of doing anything other than playing a few shows a year and writing songs when we have the time.

Which were the bands that influenced you at the beginning of your career?

Any plans to release a dvd with a live footage?

No plans as of right now, but you never know.

Thanks a lot for your time, good luck with the future and we hope to see you soon in one of our venues!