On occasion of Uriah Heep’s upcoming live shows in Greece and their 40 years celebration, on the other side of the telephone, Trevor Bolder in a really good mood (although some technical problems that we had) talks about “Wake the Sleeper”, their upcoming shows in Greece, the 00’s decade and many more.

Hello Trevor, this Karagiannidis Panagiotis of Greek Metalpaths.com calling. How are you?

I’m fine, resting of our tour in Europe and everything is fine.

So in a few days you are going to visit our country once again for two live shows. What are your memories of the Greek crowd?

Greek crowd…they are brilliant. It’s absolutely one of the best crowds in the world. We know that when we play in Greece the audience is gonna go crazy and we always have a really good time. 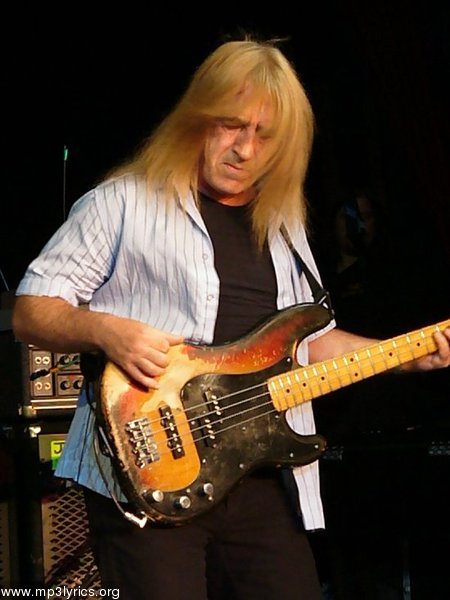 How does it feel to be on stage for so many years? Do you still enjoy it the same as you did 20 years ago?

Oh yeah, definitely yes. I mean, we want to do music, we love playing and I can’t imagine myself doing anything else. It’s still such a thrill travelling the world and meet lots of people. There’s nothing better than being on stage and playing for people that really enjoy the music.

In 2008 you released “Wake the Sleeper” which was your first studio album since 1998. Looking back now, do you believe that the album meet your expectations?

Yes, but you never know when you record an album how it’s going to turn out . You just put songs together, take them into rehearsals and start recording them. We knew that there was something special about this album when we were recording it, there was so much energy. We had a new drummer, you know, Russell Gilbrook that put a lot of energy into this album. When it was released, the reaction was amazing and it was a real thrill to see the reviews coming. I think it’s better to bring out a good album in 10 years instead of bringing stuff that isn’t good. We were very pleased with the reaction overall.

Recently you released another album that is called “Celebration”. Tell us a few things about it.

It’s the 40 years anniversary of Uriah Heep. You know, the band was formed 40 years ago and we would do an anniversary tour. We’ve done an album which covers the first part of Uriah Heep’s greatest hits, it doesn’t cover all of it, but it’s all the songs that we really like to play on stage and all the songs that people really love. We’ve put this album out just because we thought that people might want to listen to this line up playing these songs as well from the 70’s or 80’s or whatever, so it’s a celebration for the band.

What do you think makes a band, such as yourselves, have as much success in such a long period as you have ?

I don’t know (laughs). I think it’s down to the people who buy records. You make the music, music that people want to listen to or music that you really love. If people like that it’s successful. Why? Who knows (laughs).

The last decade has just been gone a few days before. How was this decade for Uriah Heep ?

Do you really believe that the next decade could be even better?

Yeah, I do. I think that we will do more studio albums in the next ten years and we will do a lot of touring as well. 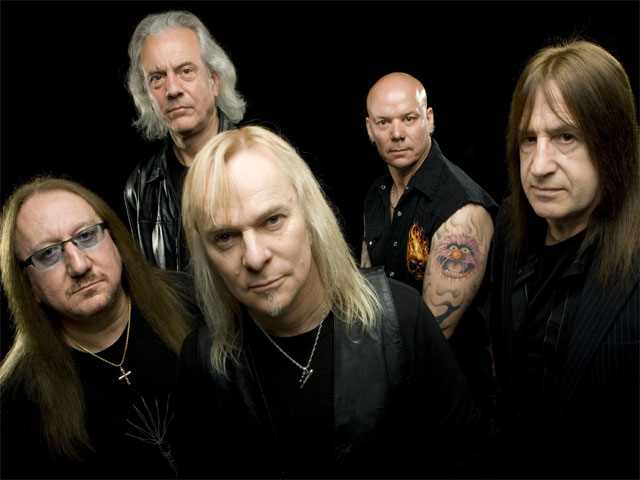 After being a 30 years old successful band and given so much to the music and the fans,what is your inspiration to keep going and how could you imagine the next decade for Uriah Heep?

The inspiration to keep going comes by the people that are coming to see you, I love it, there is nothing better than the audience that comes to see you playing. Why would you stop if they still want to see the band playing? If you feel well, keep yourself together and still have the same enthusiasm, the audience will come to see you and even attract younger people too.

Your very first albums used to be vinyls, then we switched to cds and nowadays many labels are switching from cds to digital albums and mp3s. What do you think about that and the future of the music industry these days?

(laughs) I don’t know how the music industry is gonna go record wise, it’s difficult to sell records nowadays, there is the free downloading and stuff. If they find a way to stop people from downloading for free, they’ll probably start buying again.You know it’s not a problem for Uriah Heep or other bands from 70’s or even the 80’s for example. We sold millions of albums but for the new bands that come along, it’s gonna be really difficult for them to survive when they put out an album and people just downloading it immediately for free. They need to make a living out of it, progress and make more albums. Hopefully something will happen in the future and people start buying albums again.

Is there a new band or music genre that keens on your interest?

I don’t think that there is a new music genre that keens on my interest, but the only new band that I really like is called Muse. They are very different compared to everything else and I like them. I don’t really listen to a lot of new stuff,  I’m still stuck in the 70’s to 90’s music. 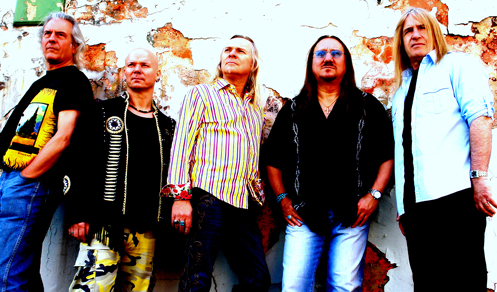 In a very clice question, I would like to ask you which was your best and worst time with Uriah Heep during your career?

I think that one of the best things that I did with Uriah Heep was when we went in Russia when we played in Moscow, it was a breakthrough and very exciting. Bad moments? I can’t really think of any, except from when Lee left, that was kind of hard.

So Trevor what’s the next for Uriah Heep?

Just keep playing, get out there and do what we’ve always done since we were young. Playing, enjoying ourselves, traveling the world, meeting our fans and making new ones, that’s the plan..

Is there anything that you’d like to add in conclusion?

To all the readers and the fans in Greece: We’re looking forward to seeing you, I hope it will be a great evening.

Thank you very much for your time.