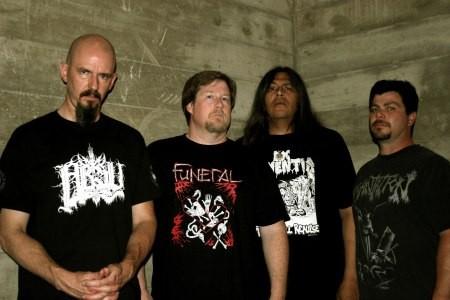 Autopsy are back! Yes it is true and you’d better believe it. On the ocassion of their return and their new ep “The Tomb Within” , the leader of the band Christ Reifert give us all the details we’d like to know in his own special way.

First of all, congratulations about your return and reformation. How did you take this decision and what enabled you the most to slay our years again after so many years?

Thanks, chunks, beers, beheadings and metal to you. We took the decision to go full throttle with Autopsy very seriously.Yes, it’s been a few years indeed. Make no mistake about it, Autopsy is here to rip the top of your head off, pull out your brain, paint it black and put it back in your skull sideways. 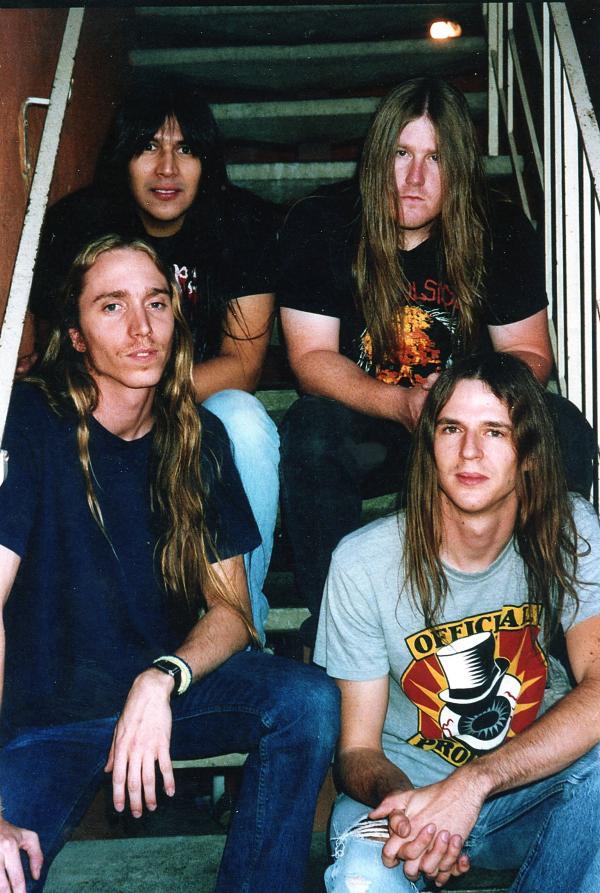 There’s going to be a new EP out called ”The Tomb Within”. When were these songs created? Is there also material left for an upcoming album? Give us some details about this release.

They were written before we were born but after we died. Heh heh. We are aiming for and committed to timeless death metal that gets deep down into your lower organs and burrows up into your eardrums. There will also be an album but you will have to chew on the ep for awhile. Don’t worry, we’ll make sure it’s worth the wait. I can only say the new stuff sounds just like Autopsy because it is very much Autopsy and details will be there in the listening.

You played in Party San this year and many people from countries all over Europe came just to see you. Information says that you made a phenomenal appearance, most older ones said it seemed like not even a day passed before disbanding. How did it feel to play these songs after so long?

It felt absolutely amazing when playing that stuff live. We were and still are honored that all those total maniacs flooded over from all corners of the world for Party San in Germany, as well as Maryland Death Fest in the US and Hole in the Sky in Norway. Everywhere we went we encountered only the most die hard, bloodthirsty, noise driven, beer swilling, dedicated metal warriors. Bloody hell yes! See you next time and if you’re reading this, make sure you’re there too!

Tell us a few things about the line-up of the band and which are going to be your new parners in crime this time.

It’s myself on drums and vocals, Eric Cutler and Danny Coralles on guitars and Joe Trevisano on bass. So really, it’s the same lineup as always only with Joe on bass who was with Abscess for 12 years, so he should be no stranger to anyone.

There’s a long time relationship with Peaceville all these years. How important is for a musician to know he can rely on certain people doing a certain job?

Well, it has certainly been a long time with Peaceville. They are still home base for Autopsy and we continue to have a great working relationship.

Many people would like to know which were your influences, both as a drummer and growler, back in the day. Which ones enabled you to follow your dreams and become who you are right now?

I would say my favorite drummers are Dave Lombardo, Keith Moon, Neil Smith, Clive Burr and some killer jazz drummers like Tony Williams, Steve Gadd, Buddy Rich and Gene Krupa. All great players with real feeling which is much more important than sterile technical ability. Zak Starkey is also fucking amazing and underrated. Growlers, eh? I do think Chuck Schuldiner was a big inspiration vocal wise when I first started doing vocals. As time went on, it developed into my own sound but Chuck definitely had an impact.

We’d like some words from you for the ”Scream Bloody Gore” days. You were one of the first ones to play in the glorious death metal days. Having met Chuck in person, he told me a lot about you and your help back then. Which were your relations after that? 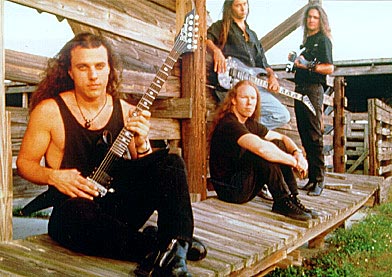 That’s really cool to hear. Our relations after I left the band were just fine. We stayed as friends and I went back to Florida to visit and we hung out when Death came to our area here and chatted on the phone occasionally. I do miss Chuck and I wish his family only the best as they are really nice
people.

Autopsy have been more than influential for many bands around death metal. One of them is Murder Squad, which you got to cooperate with. Which are your memories about that? Is there going to be a new cooperation in the future? Also Dismember have covered ”Pagan Saviour” and named a song ”Autopsy” in one of their albums. Does this make you feel that all efforts you did in the past, were worth fighting for?

Murder Squad was fun as fuck. It was kick ass to hang out with those guys and lots of other cool people as well. Metal, mind chocolate, beer and whiskey were definitely going on. Stockholm was great and if they ever asked me to come back and do it again, I would. Anyone that got any influence or inspiration from what we do absolutely gets a hearty thumbs up and a bottle of beer raised in salute. It’s been many years of death metal for sure and it is nice to be appreciated of course. The other side of it is even if no one liked what we were doing we’d carry on anyways, since we just don’t know any better (laughs). 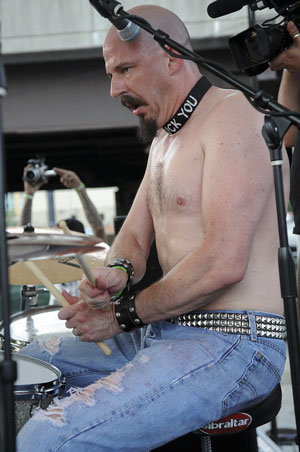 After this release, which are going to be the plans for Autopsy? Some touring, some festivals in summer? Is there any chance to see you in Greece?

The plan is to keep working on stuff for the next full length, “Macabre Eternal” which sums up our ways perfectly. No touring will happen, but we will most likely do a few really killer fests next year. Not too many though, just a small amount. We would love to play in Greece but that would depend on a promoter who could organize things properly. If anyone is interested in that, they can always contact us through Peaceville records.

Leave a message to your fans and add anything you’d wish to express. Thank you very much for the conversation and we wish you to stay with us as longer as possible.

Cheers to all you sick, twisted, metal obsessed, skulldozing, brain munching, coffin feeding maniacs out there. You guys and girls are really keeping the Autopsy beast alive and we do indeed have more brutality in store for you. We’re not quitting any time soon, like it or not. Heh heh. Thanks to you for the cool interview. Yyyeeaarrgghhhh!!