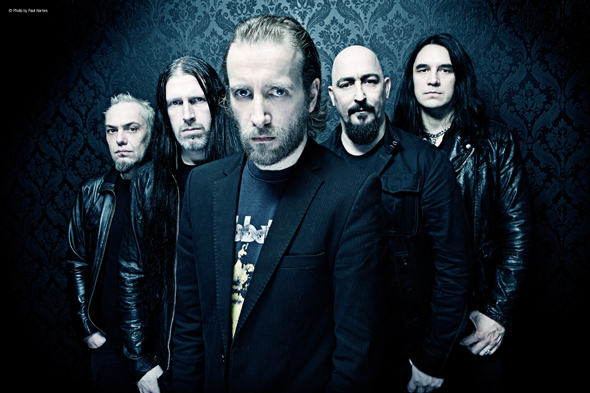 Paradise Lost have always been releasing albums often enough not to be absent from the industry – although strangely different from one to another – so that they can evolve and grow within their fans’ perceptive. Just a few days before its official release Greg and Nick talk about their new album “Tragic Idol”, attitude and Gothic metal almost 20 years after they coined this term. All of these interesting opinions and the details of the brand new record’s sound and presence in the lines that follow… 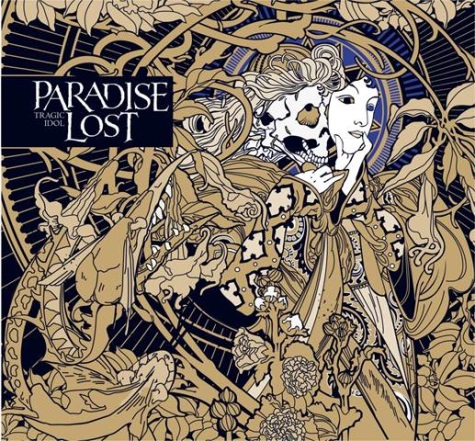 With their 13th album entitled “Tragic Idol” being scheduled to be released on April 23, 2012, their ongoing with their previous release “Faith divides Us…” and the celebration release/tour for “Draconian Times MMXI” last year, they’ve managed to place everyone’s attention and expectations for something really nice. Their “return in metal” as the press and fans like to refer to, has been quite obvious since their experimental duet of albums “One Second” & “Host” over a decade ago. The band themselves though never did look those albums as an aliby to go “back to the roots” cause as Greg himself states; “I think back to the roots, is an absolutely horrible term in my opinion. On Tragic Idol you can draw lines between a few of the tracks on “Draconian Times” or “Icon”, but when we were writing the music for it, I deliberately made a choice to strip everything back down to the bare bones” and Nick completing Greg by saying that; “The whole “One Second” and “Host” era was kind of about learning the craft of songwriting. If we’d split up, reformed, and made an album, maybe we would have looked at our back catalogue and tried to repeat what we’d done before, but we really don’t work that way.”

On Tragic Idol’s main music influences being traditional heavy metal rather than gothic or doom, within terms of humour and honesty Greg just told that;“You never really lose touch with the things that got you into music when you were a teenager. They tend to stick with you your entire life whether you like it or not (laughs). When it came to making this record there was definitely some reminiscing involved, which is why it sounds the way it does.”…but on the other hand his perception was really intresting on how himself listens to some of the stuff that are out and succeeding nowadays. He thinks that Tragic Idol’s musical direction is more of a backlash to the modern metal scene where everything and anyone sounds the same from instruments to vocals and to everything…More specifically he states; “I think some of this new album is a backlash against the modern metal scene, because a lot of it these days all sounds the same, which is really quite annoying. The production on a lot of modern day albums have the same vocals, the same drum sounds, the same everything. When we started making “Tragic Idol”, Nick and I were talking about how you need to go back 30 years to find something refreshing in metal these days. It’s frustrating in a way, so I guess this new record is sort of like taking some of that nostalgia and putting it in a modern context.” 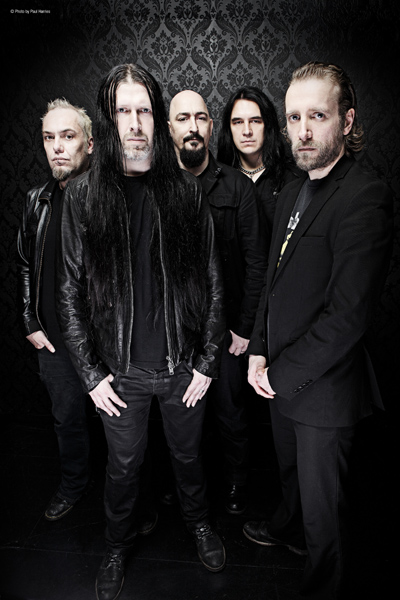 Going back to the assembly of the new material both Nick and Greg actually agreed that it was as difficult as always with many ideas and material to be put together, with bad ideas that had to be stripped down and the really good ones that had to be tested in time so that they can be sure to use them. As Nick stated it; “The number of ideas we had for this album was insane – we had so many – and the majority of them were crap, but eventually you find one that works. From my experience, I think I came up with one song idea that I ended up sticking with all the way through, but you really have to live with things for a couple of days to figure out if they’re any good or not. I usually do a three day test; if I write a song I won’t listen to it for three days, then I’ll play it back as if I’m listening to a new band or a new song for the first time. I’ll know instantly if it’s good or not. That’s pretty much how we work, really.” In addition, Nick completes his statement by saying that; “We’re professional musicians, we’re not week-enders, and being full time with this I think we work harder to make things as good as they can possibly be, because it’s going to be dictating what we do for the next couple of years. If we were a garage band with only the odd gig here and there, I honestly don’t think we’d put much effort into it.” Greg following to add that:“Some songs seemed to write themselves and others were harder to pull together, but as a record this is one of the most focused ones we’ve done.” And if they say so we believe none can doubt it!

Concerning the lyrics of “Tragic Idol” and further details about the composing process, Nick states; “I wrote all the lyrics for Tragic Idol after I’d written all the melody lines. Usually I’ll patch them together as I go along, then go back and fix what needs fixing, so it was a lot harder working like that. I tended to analyze things more than I normally would have. As far as lyrical subjects, I wrote about the same stuff I’ve been writing about for 20 years. I just write them from a different age perspective, because when I was 21 I looked at things much differently than I do now at 41. It’s not drastically different, but a little bit here and there.”

On how has Gothic Metal played its role on their careers, if they are font of the term and its relations as long as the music is concerned, their fast and precise quotations speak for themselves straight and clearly: “If you ask a kid on the street what gothic metal is, he’d probably tell you it was Marilyn Manson or Nightwish or something in between.”…Greg says, since Nick’s words were; “From my point of view you either like the music or you don’t. If someone did ask me to describe Paradise Lost I’d call us gothic metal, though, because we came up with the term anyway (laughs).”

These few lines of our short conversation described here, just makes it clearer that with their 13th album “Tragic Idol” Paradise Lost have ready an album that contains their sound stripped down to its bare bone and brought back to life within a modern context as they have always been. A few days for all of us until the 23th of April 2012 when “Tragic Idol” will rock our stereos and of course anyone present in their upcoming tour! Prepare yourselves!