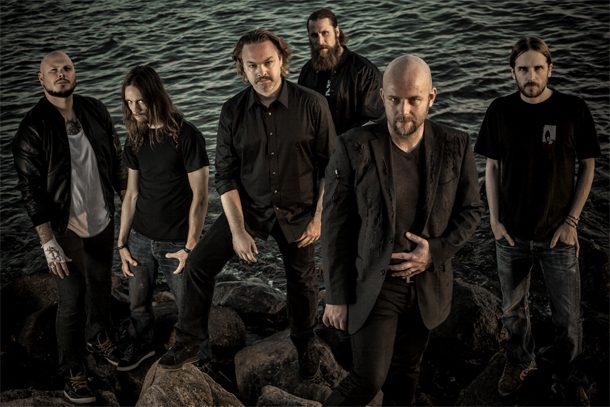 With Soilwork releasing their 9th studio album “The Living Infinite” we had the pleasure to discuss all the news with Ola Flink (bass guitar) about their double CD, the line-up changes after the second time that Peter Wichers (guitar) left the band and all their tour plans. As Ola says, Soilwork are now at their best and there’s a lot of good energy coming up in their new album…by Constantinos Giarmadouros

Greeting from Metalpaths.com Ola. You have a double CD coming up, “The Living Infinite”. Speed said that people can expect a continuation of the intensity and presence of “The Panic Broadcast”.

Yeah for sure, there’re going to be a lot of intense songs as well and a lot of melodies as usual, some slower ones, guitar solos… kinda different songs, we’re presenting all that we have done throughout our career, kinda sum it up.

So it’s something new for Soilwork…

Yes, well, you can hear the differences in the albums,we always trying not to do the exact  thing in every record. sometimes are slower some faster some times super melodic, we’re still Soilwork, and I’m super happy about it. 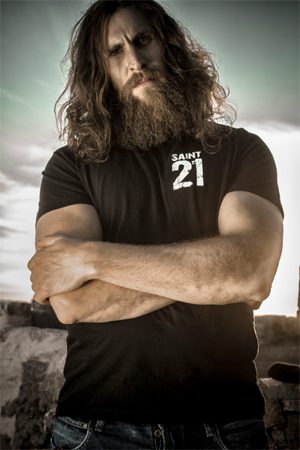 Are you completely satisfied with the final result?

We’re are very happy with it, we have super good energy in the band, everybody is playing really well.  We wrote a bunch of songs and turned out to be twenty (20) for the new album so that’s pretty cool.

Well twenty song’s are too many for one release! Bands usually have 11-12 song’s in one album. And they also decide to keep some songs out of the record. So is it like you have every song you wrote in the double CD?

No, I think we recorder twenty seven (27) song’s. There was no problem we were pretty happy with all of them but they were too many to put on a double album so we just kept seven of them for later on.

Will we listen to these seven songs in the future?

Yes at some point. There is no song that we’re not happy with. It was pretty easy, we kept on writing songs. When the idea came up for a double album we were like ‘how the hell can we do that?’  cause usually it’s kinda hard to just make one, I’m talking about to get twelve songs, but this time we kept on going there’s was no problem.

So, do you think that Soilwork are at their best of their career?

Yes, we have really good energy, everybody in the band is on the same page, super positive and happy with the music, looking forward to tour and support the album.

Can you give us some works about Justin Salivan’s vocal guest?

Oh man that was awesome, I’ve always been a fan of New Model Army. He was in the studio and he had his song that we really though it will be sitting with his vocals, and we just email ed him and it happened. He was in the studio at the exact same time and he said sure I would be honored. So we sent the song to him and he did his vocals on and it sounds cool. It’s more of a melancholy type of song. I think that the fans will like it.

Well we know David for a long time. He did tour with him bunch of years ago, so we know him for a long time, he’s a good songwriter, very creative and he wrote a lot of stuff and we’re happy to have him, instead of having somebody that don’t wanna be here, like Peter who felt that wanted to be somewhere else. With David we get energy and he’s songwriting is a but different from Peter’s but its good.

So David affected “The Living Infinite”?

Yes he did for sure. With his songwriting and with his as a person in a very good way. He’s is super positive and it’s what we needed.

So why did Peter left the band again? Was it mutual?

Well he didn’t want to do the tour thing cause I think he wants to be more at home with hes family. And I think he realized it when he came to the band and we did the recording of “The Panic Broadcast” and that was cool it was a really nice release but when it comes on touring he wants to be home or I don’t know that’s what he said, he didn’t wanna be here. No hard feeling or anything, he has on normal job on Fender so I guess it worked the best way for everybody.

I read that Peter said something about “creative differences”… 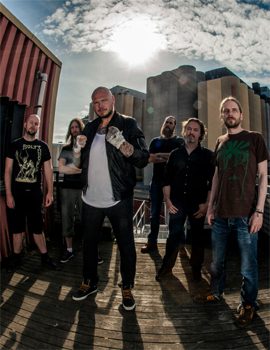 Yeah, well I never felt that though haha (laughs). Well he’s experienced thing different so maybe that’s why he felt that way. For me I never did, and I don’t keep hard feelings and I don’t think that. I think he just didn’t into touring, he wanted to have more of a family life. For some people that’s more important

Do you feel homesick when you’re on tour?

Yes for sure, but in the same time it’s worth it. I would feel more sick if I was always at home, I cant complain about it, it’s totally worth it!

So in Soilwork you have changed the lineup many times through the years. How hard is it when you find someone new to say that he fits in?

Well it’s kinda hard for sure, specially in the guitars we had a lot of changes. Well we have a steady line up in the last years with Dirk, Sven, Bjorn and me but it’s really hard to find a person that fits with five other people. And if there somebody that don’t really wanna be there, when one out of six has a different opinion kinda spreads bad energy and that kind of thing messes everybody up. With David it feels good now, all the line up. And we did had a great time with all the different line ups, they were all good for that time, It’s a hard life to live, I don’t know maybe we’re all just being weird haha (laughs).

Are you preparing a music video for a song from the new album?

I honestly don’t know, it will be something but I don’t know if there’s room for videos in these days but there will be some sort of video I’m sure I just don’t know when and nothing is yet decided on what song it will be

So there’s no song that you would like to release it as a single and make a video?

Oh man there’s different opinions on that. It’s kinda hard to agree, I think something, Bjork want’s another song but in the end we all agree as usual. You know in twenty songs it’s kinda hard. There are plans we’re just not 100% sure.

After the release of the new album you’re headline in a big tour in the US and Canada with many good bands.

Well I honestly never heard much of the bands but we know Jeff Loomis, we’ve toured with him before with Nevermore and he’s a great guitar player and we’re looking forward to that. It’s gonna be a big tour and we want to see how people will react with the new songs. We haven’t been touring a lot lately and we’re all excited about it. After that there will be some European summer festivals, everything is kinda planed at the moment, we will stay busy all year. We want to go to as many country’s as possible

Will we see Soilwork in Greece?

Hopefully we’ll come to Greece. I remember coming a long time ago with Nevermore. Well, we try to travel as much possible, we hope we’ll see you all around.

Tell me how hard is it to be in a band and trying to make a living?

It’s kinda hard, you have to stay busy, tour all the time. You can’t sit at home and expect money to come in. Recording cds and then touring again. You have to work for it. I do some other jobs sometimes cause we haven’t done much lately. We did one tour after our last release and there were all this crap going on with members and stuff and we all do some other jobs when we don’t do things with the band. So it’s kinda hard in the end. But you have to keep on going and think positive.

What is up in the future for Soilwork?

Well I guess in this year we will tour as possible and after that we’ll just have to see. Hopefully putting some more music together.

Are there any plans for a live DVD?

Hopefully man, it’s been a long time coming. We want to so sooner or later a Live dvd will come, a lot of fans want to and so do we.

Maybe on the upcoming US tour?

We have to set something up for sure. Maybe we’ll do one in Greece haha (laughs). We will do something for sure, there’s been talks about it and I guess it will happen

Thank you very much Ola for you’re time, and we all wish you form Metalpaths.com the best for the release of “The Living Infinite”

Thank you too man.