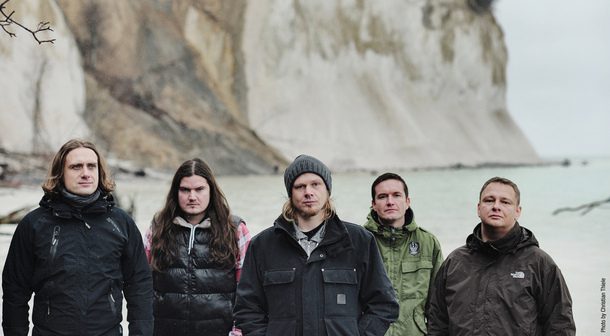 Having fresh the release of their 7th record “Veto”, it seems like Heaven Shall Burn have grabbed the scepters and are ready to reach the top! Metalpaths conducted an interview with the drummer of the band Matthias Voigt who talks about the recording process of the brand new killer album, the persistence of covering songs (which appeared once again on “Veto”), the message behind the lyrics of “Hunters Will Be Hunted” and the future plans of the band…by George “Mindstab” Zabos.

It’s been 3 years since your previous release. How has been this period of time for Heaven Shall Burn?

We’ve been playing shows here and there and some tours. Since we’re not a band that is touring 8 months a year, we only did some selected tours and dates. But overall, we played more shows for this album, than we did for any album before. Also the period between “Invictus” and “Veto” was a bit longer than usual. Usually we have 2 years between two records, but now it’s been 3. Personally, I had to take a break from drumming and from the band and I’m still not 100% back, but I’m working on it. In the meantime we had other drummers, helping us out live and Dan Wilding (Carcass, ex-Aborted, Trigger The Bloodshed) can be heard on “Veto”.

You are about to release your new album “Veto” (the album has not been released yet by the time of the interview). When did you start the compositions of the songs?

We always collect ideas for songs or topics to write about. It’s an ongoing process, which never stops. But the real songwriting, with the arrangements for the songs and some demo recordings, started in September 2012. The album recordings went from November to January 2013. But there have been some days off in between and also some shows. It’s been a quite relaxed process. 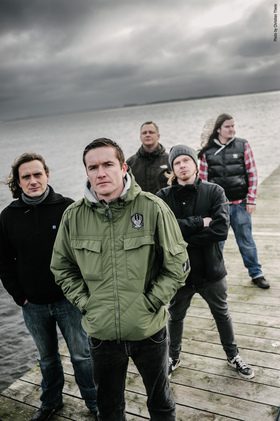 How have been the recordings of the new record? Any remarkable stories to share with us?

Since I didn’t play on the album, I haven’t been there all the time, but I can tell you that we got everything, from energy breaks to computer breakdowns and very bad weather, that influenced the process. Besides the mix that Tue Madsen did, we also wanted to try Colin Richardson to do another mix, so we could chose. Just when Colin was about to start mixing and Maik and Alex, our two guitar players, wanted to travel to England for the mix, snow chaos stopped everything there. Roads were blocked, flights cancelled and even Colin was trapped in his studio. So we could only communicate via internet or phone. But his version of the record was also really good and we wanted to share it with the people as well. So the vinyl comes with his sound and has a bonus CD with the regular version. There is also some limited CD-box with both mixes on it. I think people will like the idea and it will be interesting to see, which mix they will prefer in their stereo, at home.

How would you musically describe “Veto”? Could you talk about similarities and differences between the new record and the previous releases?

I think it’s not that different from our previous releases, but better. We will always have our own sound and only change some little things here and there. So we just tried to focus on the weaker points of the previous releases. Soundwise, the new record sounds more diverse, more dynamic and more open. It’s not only just loud, like in the past. We also had more time to arrange and to record everything. That really makes a difference, because you can keep an eye on the details and you don’t need to hurry all the time. There was literally more time to “breath”.

What are your expectations of your new album?

To us, it’s a step forward. It’s just another next step. There is nothing really to expect. We are happy with the result and so we  have already fulfilled our goals. We are curious to get the feedback, of course, but it’s not that important to us. First of all, we need to like it and to live with it…haha.

There is a lyrical video available on the internet. Any plans about having a video clip? Which song would choose?

Yeah, we just released a video for “Hunters Will Be Hunted”. I think it came out really cool and it speaks for itself. With the lyrics of the song, we express our support for the organization Sea Shpeherd.

In every HSB record you are including a cover. Is this a “tradition” for HSB that is going to be continued?

It just happens. This time we recorded 3 cover songs and “Valhalla” from Blind Guardian is on the regular album. Then we got “European Superstate” of Killing Joke and “River Runs Red” of Life Of Agony. It’s always fun to play covers, always a challenge.

In “Veto” you’ve chosen Blind Guardian’s “Valhalla”. How did it come out and under which circumstances do you choose the songs you are about to cover? 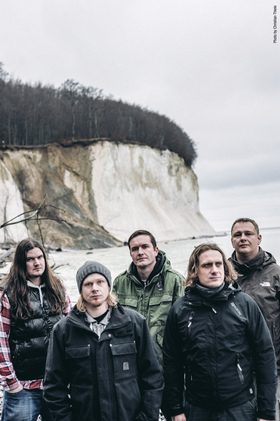 We’ve been fans of Blind Guardian, as long as we can remember. You know, it was only a matter of time, when we would do this cover. It’s one of the best songs, ever written by a german metal band and we simply had to do it. We’re more than happy that Hansi Kürsch, helped us out with some guest vocals. It’s been an honor and something we never thought to be possible.

Are you planning to include “Valhalla” to your live setlist as you did before with “Black Tears”?

We don’t know yet. It’s not an easy song to play, especially we made him a bit faster…haha. But, of course, if people like it and if there is a special event or show, we might think about it. But usually we play covers live that are easy to play and something to go wild on stage. We’ll see.

I’ve seen the announcement about Summer Breeze Festival that you are going to play this summer. Any other festivals or touring plans?

As far as I know, we haven’t been confirmed for Summer Breeze yet. But we’ll play some other festivals like Party.San Open Air, the Graspop Metal Meeting and the Full Metal Cruise, which is going to happen on a boat, in the Atlantic Ocean. At the very moment, we’re also working on a European tour in November and December, but there is nothing confirmed yet.

You’ve got many fans worldwide. What are your favorite places to play and which is the best audience to play in front of?

It sounds like a cliché, but we really like to play everywhere. We prefer to play places that not every band is playing and where people are still very enthusiastic. You have these places in every country and on every continent. But, of course, we love to play countries where we wouldn’t be, without the band. It gives us a nice opportunity to travel and we really appreciate that. It’s the best part of being in a band.

How would you imagine the future for Heaven Shall Burn and what are your future plans except touring?

Right now we only make plans for this tour at the end of the year. “Veto” just came out and there will be lots of time, until we’ll think about something new. Everything is fresh now and we’ll also wait a bit and see, what will happen and which opportunities will pop up.

We’ve seen you in Greece in 2011. Are you planning to visit us again for another show in the near future?

We have to be back…hehe. We always really liked to play there and Greece has always been very nice to us. I haven’t been there for years, because I didn’t play in 2011. So I will mock the guys to set something with our greek friends. I really don’t know when, but we will be back for sure. Hopefully in 2014! Just keep your ears and eyes open!

Any message for the fans?

Just like I said, watch out for Greek shows in the future. We’ll really try to make it happen again! And, of course, “Veto” is out and I think worth a try! See you soon!