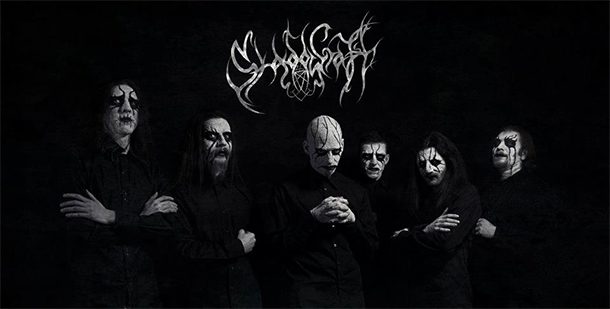 Formed back in 2005, Shadowcraft is a Greek black metal band that recently released it’s debut album “Principles Of Chaos” through Noisehead Records. Metalpaths conducted an interview with the keyboardist of the band Q_Snc who introduces us to the band and talks about the new record…by Kostas “Krotidas” Triantafyllidis

First of all I would like to congratulate you for the beautiful debut album. Could you give us a few introductory words on Shadowcraft ?

Thank you for your kind words! Shadowcraft was formed by Pyrphoros and Amethyst back in 2005. Upon the completion of the 1st lineup the band managed to release 2 demos – Inside A Sick Mind and A Night Full Of Terrors , getting encouraging reviews from local press and not only. 2009 finds SC releasing a promo of 3 tracks , with a definite new sound approach due to the arrival of Q_Snc (keyboards & orchestrations). After that , the band focused on composing the material for the debut album and thus here we are now – 2013 Principles Of Chaos has been released.

Now let’s start talking about “Principles of Chaos”. I would like to know how you feel about it. Did the final result meet your expectations for a debut CD? Is there anything that you would change on the album if you could go back in time? 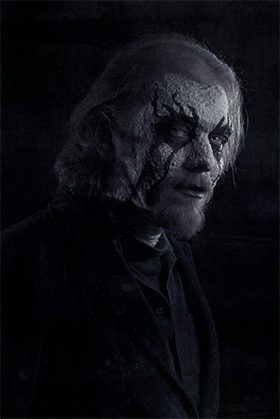 Personally I am overly satisfied with the end result. I believe it’s a worthy debut that can make an impact and introduce the band to the audience. Well , as always there are things that could change , but I am against such actions. I firmly believe that each release is an individual point of reference in a band’s course. Such points should be used as anchors for future progression , and composing development , and not as nostalgic monuments of past greatness.

From the beginning of the band there were many changes with the line-up. Do you believe that you reached to a steady team after all these changes? And how did that reflect on Shadowcraft?

Yes! I am pretty sure that the current lineup is composed by motivated individuals that want to expand the band’s horizons and devote 100% of their energy and spirit to it. Reflections of such a composure are seen on how SC works nowadays. Rehearsals run smooth , new material is being composed and there is lots of enthusiasm to it. The latest lineup consists of : Pyrhoros (Vocals) , Amethyst (Lead Guitars) , Q_Snc (keyboards and orchestration) Mf (Guitars) , Dis_(Bass) and Michael (Drums)

You recently succeeded to sign a deal for the album with Noisehead Records. Are you satisfied from your cooperation with the label so far?

So far we are very satisfied from our cooperation with Noisehead Records. There is good level of professionalism from both sides. I hope this will continue in the future.

As a band from Greece that plays black metal I can listen to a lot of Rotting Christ influences in your music among others. What is your opinion on the black metal scene of Greece nowadays?

I certainly won’t deny our influences – it’s perfectly normal. The point is to go further than this and include personal elements that would help individualize your music. Such a process of course takes time and deep artistic search with each member of the band. I find the present day Greek black metal scene quite interesting. I have been part of it for 13 years now with various bands and I see new bands emerging and old bands making strong comebacks. I will admit though that things were better in the past , but then again , each period has it’s own rules that apply to everyone of us. And this not a good period for Greece.

Many artists have more or less influenced our music. Sometimes we aware of this while some others this happens on a non-perceptive level. I could name some -Emperor , Limbonic Art , Slayer , King Diamond , Dimmu Borgir , Abigor. These are only the metal influences of course…. On an individual level, I will just present my influences – for it will be time consuming to speak for every member of the band. My work on Shadowcraft includes influences from Symphonic music , Electronic , Ambient and progressive / experimental music.

What is the basic procedure for a song to be made and which of you is the main composer – if there is one? How important is the use of keyboards on your music?

The procedure that was utilized till now was the following : Amethyst was composing the core elements from a song and upon the presentation I was developing the orchestration of it. This how “Principles Of Chaos” was composed. Keyboards are a very important part of Shadowcraft’s identity. Being the keyboardist I try to focus on the mentality of each composition rather than just going with the flow. At this point I would to like Shadowcarft as a band for the artistic freedom that has offered me so far. It’s really important to be able to present your thoughts without any limitations. 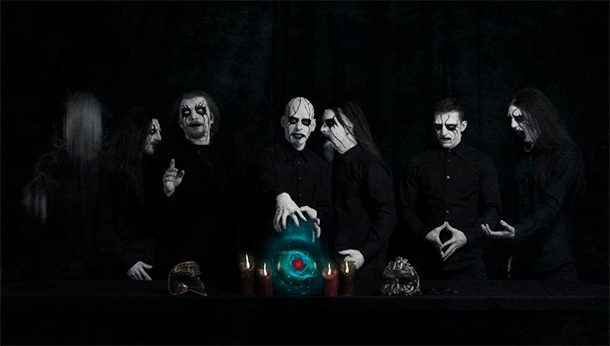 Tell us a few words about the lyrical concept of this album. Do you write the lyrics alone? And if you do what makes you pick up the pen and write?

The lyrical concept is structured upon fantasy , epic , horror, historical and occult themes. Pyrphoros is the person responsible for all the lyrics , and so far he is taking a good care in presenting the lyrical aspect of the band with directness , deep thinking and rich emotion.

Could you stand out a single song from your CD? I bet it is difficult to do so, but please try to do it.

Indeed it’s difficult! But since I have to choose , I would say “Red Moon Upon The Enemy”.. Apart from a stylistic choice , this song includes a personal tribute to Sergei Prokofiev from my part.

Now after the release of “Principles Of Chaos” do you have any schedule on promoting the CD? Any plans for live gigs?

We are currently rehearsing the material and we are ready to hit the stage. I really hope this will happen soon! Apart from this , we are also in the process of composing new material for our next release.

I would like to thank you for your time. Now it is time for you to say anything you like. Would you like to send any message through these few line.

I think that fans of majestic / symphonic black metal should dig into “Principles Of Chaos”. I am sure they will find something fresh that will satisfy every part of their darkened soul. Be sure to check our facebook page for info about how to obtain it! That would be all from my part. Thank you for the support and the interview – keep up the good work!