“The future of the band was never in question, with or without Loic we had to continue as a band”

After the recent release of “Pelagial” and right after the end of a long and successful tour with Cult of Luna, The Ocean’s guitarist and main creator of “Pelagial” Robin Staps takes some time off and talks to Metalpaths about the new album (giving information about its concept and production), his last touring experiences, the record company he is now running and the future of the band…by Kostas Tsotsanis

Congratulation for your latest album, how do you feel about the recognition “Pelagial” faced?

So far it’s been really really good; almost too good I have to say. Everyone seems to love the album and people are reading about it in the press and so I’m very happy with it. It seems it’s really reconciling our old fans with the new fans a little bit. When we produced “Heliocentric” back in 2010, it seems that some of our oldest fans had a bit of a problem with the direction we were going by producing clean vocals and that kind of stuff and I think that everyone realized that we are not gonna be a pop band. It seem that both the old fans – that used to listen to us through “Aeolian” and “Precambrian” – as well as the people that discovered us with the “–centric” albums, liked this new album and that’s great.

Could you tell us a few things about the concept of the album? Both musical and lyrical? 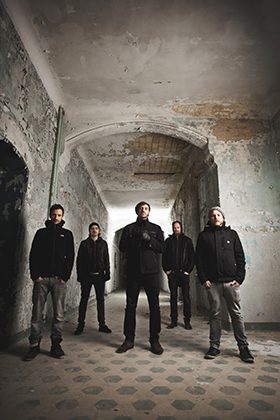 Could we say that the lyrics reflect more personal matters of the mind and of the human? 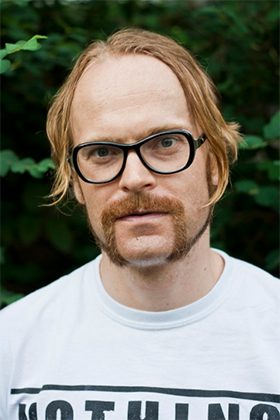 They are a lot more personal than our previous albums and it is a very introspective journey to our own mind. It is reflecting a lot of stuff that have been in the last months of my life. Originally, the lyrics were all written to be basically parts of the original lyrics from the subtitles of the movie ‘Stalker’ of Adrei Tarkovsky. It is a psychological journey where three people travel through the Zone, where their wishes are supposed to become true. As they come closer, the less they know what to wish for, as they reach ‘The Room’. I took the original lyrics from the subtitles of the movie entirely, when I realized that I could do that. Our publisher basically, told us that it is not free content. So I had to cut everything and write my own lyrics in the end but it orbiting still about the same theme. They are all orbiting around the quest of the wishes and desires, where they come from and how much consult do we have over shaping them and eventually modifying them. That’s what all the songs of the album are orbiting about.

I noticed that Jens Bogren did the mix of the album, is that true?

How did you choose Jens Bogren to do all the things and mix the album? 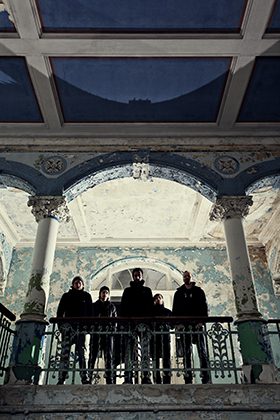 Well, he didn’t do all the things, he just mixed the album. We recorded it ourselves in Switzerland and then we went to Jens beginning on January this year. And we decided to have him do the mix of the album because we really liked his work. I think he’s done an excellent work with all these productions and I think he is really like the spirit of the modern sounding metal without having too clinical sound. He really has done a great approach to the mixing. He was very responsible and from the beginning he was hearing all our ideas and he was open to a different approach too. He is usually associated with super-modern metal sound but he has done some completely different stuff too like the latest Witchcraft album for example and he always wishes to sound different. So he is very comprehensive and very open to new ideas, open towards our ideas too and so we decided to go with him and I have no regrets he was a great choice. I think he has done an incredible work in this album and I would recommend him to everyone.

Could you tell me some things about your record company “Pelagic Records”? Tell me about it. 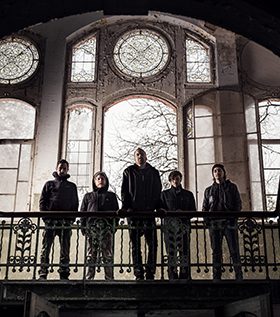 Well, I started Pelagic Records early in 2009 simply because I wanted to re-release our “Fluxion” record which was a lot of critical that time. They did not want to re-release it at that time so they told me why don’t you release it yourself? So for a moment I was hesitating but then I thought why not. I started re-pressing this Ocean album and I did some distribution contact for the people that helped the album a lot and then I realized I can really do it. And this is how the whole record company started, basically. I have done 32 releases so far, not only by The Ocean but also for some other bands like Abraham, from Switzerland, God Is An Astronaut, Coilguns and Khoma featuring members of Cult Of Luna. Most of the bands are coming from what people state as Post-Rock bands, which is an alternative metal scene. I’m pretty excited myself and I want to continue building this record company.

Loic has had some health problems recently. Was the future of the band back then unclear, or was it clear enough that when Loic gets better you will plan to release an album and tour?

The future of the band was never in question, with or without Loic we had to continue as a band, but we were not sure whether Loic will continue to be a member of the band, because after the touring back in 2010-2011. He was very ill and some of the doctors told him that he needed to stop screaming and singing. He told us that he can’t tour and that’s why we originally decided release this record as an instrumental album. Then in 2012 we took a break from touring and he recovered, making clear that he wanted to continue to be part of this band and tour with us. I came to the same conclusion myself, because the album we recorded was perfect instrumentally but at the same time we wanted to have Loic in this album. We recorded the vocals for the two last songs which were originally intended and then we end up with a very cool section, recording vocals for the entire album.

You’ve been touring constantly with Cult of Luna for a long time. Tell us about your experiences from the tour.

That was a great experience! It was the second time we’ve been touring with these guys back, first time was back in 2008. They are one of my favorite bands and I’m a big fan of what they’ve been doing musically. It was great to share the stage and the tour bus with them. We have done three and a half weeks together, starting with RoadBurn Festival. It was a great tour, we enjoyed every night and it finally came to an end with ‘Pelagic Fest’ which was the biggest show of the tour, sold out with 8.050 people. It was really cool!

Are there any plans for a headlining tour?

We will tour as headliners before the end of the year. It will probably happen in November/December. I can’t give specific dates yet, but we are finalizing the package. We will headline Europe, by the end of the year and before that we will visit some other continents, like the US in July, with Diligent Escape Plan, Animals as Leaders and Periphery for Summer Slaughter Tour. Then we are going to Taiwan and Hong Kong, China, and then to Russia and back to Europe! So we’re doing the other continents first and then the headliner tour.

Any chance to see you live in Greece again?

Yes! Definitely! I really want to go back there because we’ve not been there for a while now and the shows have been great. We played in Athens and that’s, unfortunately, the only city we played in Greece. Every time we’ve been there (2008 in Precambrian, 2009 with ‘At the Gates’, 2011 with Red Fang), was always too great. We definitely want to come back to Greece in our headliner tour!

Are there any thoughts of playing “Pelagian” in it’s entirety during the headlining tour?

Yeah, we want to play the whole album from beginning to the end and to play some old songs in the end of it. We can only do it on a headliner tour because the album is 54 minutes and it takes some stage time. Beside ‘Pelagial’, we will play a half an hour minute set, playing as a result about 90 minutes. That’s great, I love to play for long, but we only can do it on the headline.