“We are leaving to Germany to escape the Greek misery and pointless hatred between bands.” 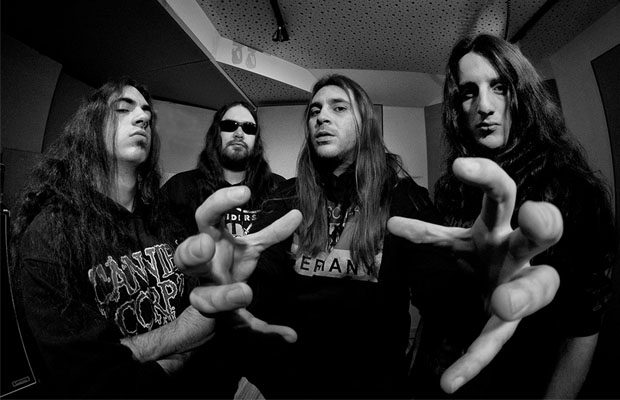 What can one say about Suicidal Angels? They’ve made the Greek metal scene so proud over the past years being the first Greek Thrash metal band to sign a deal with a large record company (Nuclear Blast, 2009) and make it big with tours all over Europe with legends of the scene.

Metalpaths had the chance to talk with Chris Tsitsis (lead guitarist) a week before the big show with British Evile about various issues concerning the band. Let’s see what he said to us…

The South American tour started earlier this year with you as the brand new guitar player. How did you cope with your first big tour outside Greece? 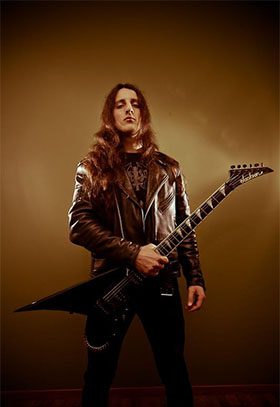 For me they were the first live shows from the moment I joined Suicidal Angels in November 2012. I was really nervous, since it was the first time for me doing something like that and for the band in general stepping on American ground. Yet the live shows went really good. Some of them were cancelled due to last minute problems we had with the promoters. But all of them went great, in terms of audience as well as in terms of feedback after the show from fans coming to greet us.

Did the rest of the guys in the band help you stop feeling nervous?

Yeah definitely. First of all, they showed me trust from day one. And they were really friendly with me from the very beginning, so it didn’t take too much time for me to fit in the band. And that definitely helped a lot.

Your previous band Exarsis, have stated numerous times that Suicidal Angels have been set by them and more promising or underground bands as an example of hard work and dedication. You have the well known Mille Petrozza (Kreator) and Schmier (Destruction) praising your work. Does that fill you with responsibility and anxiety for your upcoming steps as a band? 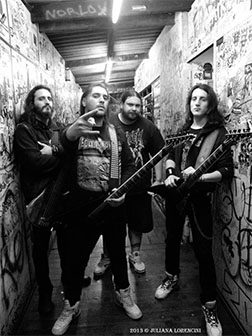 It’s really good when that happens, when some of your greatest idols in metal say such things about your music. The thing is that you have to not take such big pride in it, but keep on proving first of all to yourself that you were rightfully praised, and since you’re on a high level you have to keep it up. As for the anxiety factor, it’s there in a good sense but you shouldn’t let that affect you. You have to keep on doing your work and you’ll be fine.

You’re now taking Exarsis on tour in early 2014 with Fueled By Fire and Lost Society. Are you willing to help more up and coming bands in the future to fulfill their dreams?

Sure, taking into account this energetic scene around us. We wanted to take a band with us and when we suggested Exarsis the guys said “Yes!” right away. So why not it’s going to be a big tour in Europe, a great opportunity with great bands such as Lost Society that have the nerve even though they are a new band with an audience. As for Fueled By Fire they are a really good underground Thrash band that the people will like. It’ll be a chance for Exarsis to be heard across Europe so why not give that chance to more bands.

You guys don’t seem to let go not even for a single moment. Does a constant touring-recording-touring circle so to speak sum up Suicidal Angels career so far? Has it always been the proper way to do it?

I believe that since you’re a band that loves metal, that’s how you should do it. You have to work for your music, I think there’s no reason for you to sit around waiting for something to happen. Since you have the songs, you record them and get on tour to promote them and your record in general. There’s no reason for you to release the album 2-3 years after the tour unless something occurs to the band. But that’s the healthiest way of working, it’s our work actually so why not release an album every year? 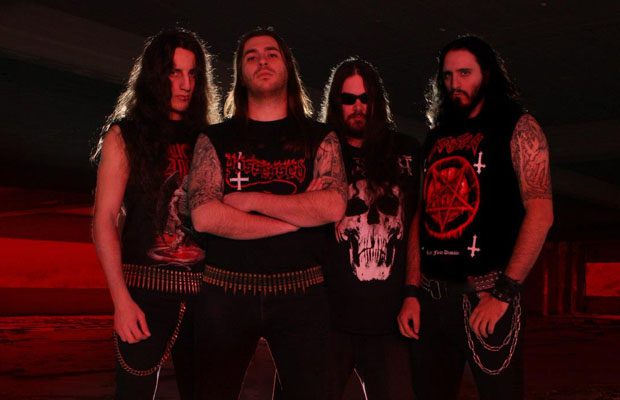 It’s been 12 years since the idea of Suicidal Angels started. From private talks with the rest of the guys, did they ever imagine they would reach this level of doing European and South American tours along with some of the greatest extreme bands (and your idols as well)?

No, definitely no one expected this to happen but as always when you work hard for your dreams you have the biggest expectations. From the point where Suicidal Angels signed with Nuclear Blast and released their first record from a big record label, things fell into place tours started coming one after the other. That was the point where they surely thought they had achieved something they wanted to. Since they worked hard they deserved it. 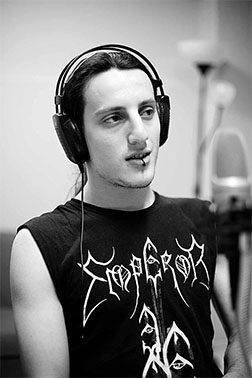 Let’s get back to your present and the recordings of your new album “Divide And Conquer” coming early next year right before the tour. You stated in an interview that the album will be superior to “Bloodbath” and will definitely be a topic for discussion. What do you think now that the recordings are over?

I still believe the same because “Divide And Conquer” it’s a natural continuation of “Bloodbath”. It’s not like it happened with the change from “Eternal Domination” to “Sanctify The Darkness” where people were like “what happened here?”. “Divide And Conquer” is a superior album both musicwise and productionwise (great job by Fredrik Nordstrom) and we’ve gathered a really good feedback for the album cover as well as for the excerpts heard from people in the mixing/recording room.

You have used for the 3rd consequetive album the same group of people: Dimitris Liapakis as the producer and the well-known Ed Repka in the album cover. No reason to change something that’s been working so smoothy right?

Exactly when we get along there’s no reason to change that. Ed Repka is a real mastermind in the field of Thrash metal with his drawings we gave him the title and he just gave us the result you saw a couple of days ago. Imagine we were just amazed by the early drafts. 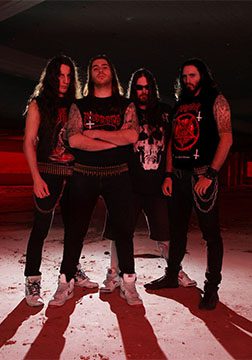 An amazing cover by the way. And it’s probably the first Suicidal Angels album cover with a social message maybe. Not politcal like Sacred Reich’s “Ignorance” but you can feel it.

Yes that’s correct. Ed Repka put in this cover two politicians slaying each other and it shows pretty much what mankind is going through the last 150 years, and we tried in the lyrics to deal with human as a character and sides of his that decay as well as things that take over and manipulate humans.

How much did you contribute in the composition of new material? Did you bring something new to the table?

No I only recorded the solos on this one because the song structures were ready when I came in. I f I’d come earlier in the band and the songs were ready I’d contribute.

During the recordings of “Divide And Conquer” your bass player Angel Kritsiotakis left the band. What reasons led to his departure and how did you cope with it?

I don’t think we should talk about this whole thing so much. It’s an issue concerning the band and the band alone. Let’s just say it was his personal choice and we respect that.

You’re now part of a band that has seen the great Thrash metal revival starting around 2004-2005 from its very beginnings. Which bands set themselves apart from the rest in your opinion?

I love Vektor, Municipal Waste. From the US I like Fueled By Fire even though I wasn’t a big fan of their previous work I was hooked on the last one. Definitely Violator who started around the same era with Suicidal Angels.

You have a co-headlining gig with Evile in the 19th of October at Kyttaro Club with fellow Chronosphere as an opening act. You seemed really excited about the whole event. What can the fans expect in terms of setlist? Some new material maybe?

No there won’t be new material even though we wanted to cause the new bass player had to learn about 20+ songs so we made a basic setlist that will definitely please the fans but will not include stuff from “Eternal Domination”.

It’s true we’ll leave to Germany so that we could escape the Greek misery and pointless hatred between bands. In addition we’d like to go to a place that metal is loud and clear and supported. I’m not saying that Greece doesn’t have a metal scene obviously, it’s just that the people out there pay more attention to it and help it grow. We’ve been thinking about it for 7 months and we finally decided it. We’re leaving some days after the live with Evile.

That was about it Chris. Thanks for your time it’s been an honour, you may end this interview however you feel like.

Thanks for the support! And never let go of metal, keep on loving it.