“We’re happy, to go out there and be able to play in front of decent crowds even to this day” 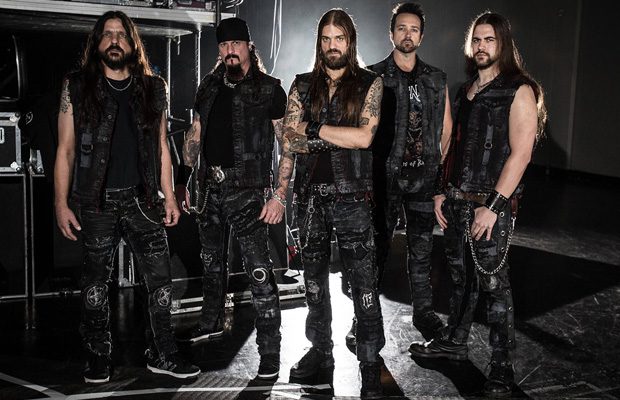 A name that can only move Greek metalheads to tears (especially the ones in the Alive In Athens shows at Rodon club in 1999): Iced Earth. After a period of changes in the singing department mostly and ups and downs in terms of record consistency, the band seems to have come back to form with “Dystopia” and their new release “Plagues Of Babylon”. One of the main reasons for that is the frontman of Into Eternity, Stu Block. A few hours before their kick-ass show in Athens Metalpaths had the chance to have a short chat with Stu to discuss issues concerning the band and more…

Good afternoon Stu. You are currently on a really strong tour with classic metal enthusiasts Elm Street and one of the new wave of thrash most established bands, Warbringer. How’s the tour going so far?

It’s going great, it’s going great, we’re having a good time. Elm Street and Warbringer are kicking ass every night and it’s good to be out here doing the headlining stuff playing some old and new songs for ya, there you go.

How did you choose these two bands?

I didn’t choose them, Jon did. Basically it was a decision made by Jon and the management. Warbringer was an easy one, cause we’ve toured with them before, we knew they were good people, hard workers, so we thought to take them on again and bring them to Europe. Elm Street they submitted their stuff, Jon really liked it and so did the management and we thought we’d give them the chance, they’re from Australia, they’re self-sufficient and they’re doing awesome.

Stu, you as a touring musician, do you enjoy being on the road more or being in the studio recording new material?

Your newest album “Plagues Of Babylon” came out earlier this month. What do you think now that it’s done and what are the fans’ reactions towards the new material so far?

I think they’re pretty good. I think it’s still sinking in, the fans are still learning the songs. We are playing a lot of new songs live so we noticed that certain songs some people don’t know pretty well and certain songs they do. But I think the reactions have been really decent. Now that the album is done, it’s done we’re happy! In Germany we did pretty well, I think we just got on #49 on the Billboard, so I think the album is doing well, and we’re always happy to be able to burst a new album and be able to play it, it’s always an enjoyable experience.

Where would you spot the differences between this record and your debut album “Dystopia”?

Well there’s new album, new songs, new lyrics (laughs). You know, “Dystopia” touched on some really dark things, on this one Jon and I sort of consider it like an old Rush record. There’s a concept on the first half and on the second half there’s stand-alone songs, so that was a really cool thing to do, there’s a difference there. It’s just another chapter in the Iced Earth catalogue.

This is the second album with you behind the mic. How are the fans connected to you, you seem to have gained their trust with the great result that is “Dystopia”?

I think so do the fans, they have accepted me, I mean I’m not going to please everybody, you know there’s people out there that you can’t please. But, I don’t care, I’m doing what I’m doing and we love what we do and I know that the majority of fans love what we do so we’re happy.

Back to the “Plagues Of Babylon” record. You said there is a concept behind the record, can you tell us more about it?

Sure. The concept is based on the Zombie Apocalypse kind of theme but it is placed within the “Something Wicked” universe. So basically it starts very dark and ends off with a song called “The End?” which whips things up a bit but leaves you with a question mark, and it’s cool that we’ve been able to write this concept within these six songs. And we thought that was cool also.

Today you’re playing in Athens and tomorrow in Thessaloniki for the “Worldwide Plagues 2014 tour”. What are your memories from your last visit at Rockwave festival with At The Gates and Suicidal Tendencies? 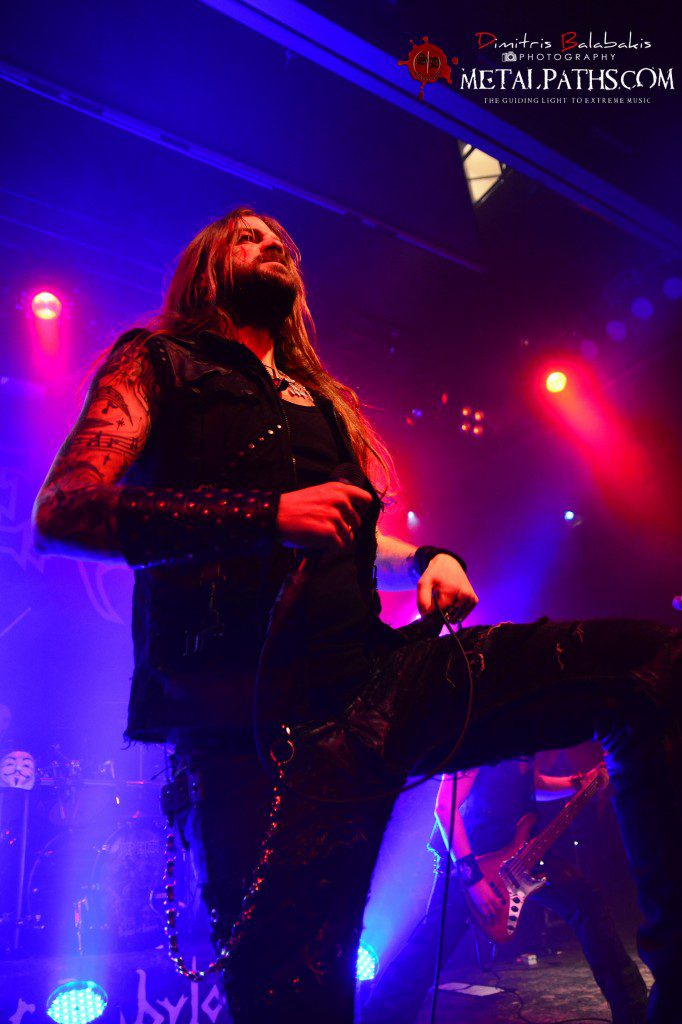 It was great, it was awesome. I mean the crowds were great. The festivals are always very rushed you know “Get there!” “Go go go!”, but that’s how it is. But we had a really great time so that was fun.

Stu, you and Greek metal fans have a strong bond of loyalty holding you together since 1999 with Alive In Athens and all the stuff that started from there. How do you explain this phenomenon as the newer guy in the band?

Jeez, I don’t know. It’s funny how certain things, how certain bands, how their spirit becomes very popular with certain areas of the world. I don’t know how or why it works. It seems that the Greek people have connected, they get it, they understand what Iced Earth is all about. I can’t explain it, but I think that Greece has been through a lot of bullshit, you guys have dealt with a lot of crap concerning the financial crisis, the politics. We don’t really want to get into it, but we appreciate your spirit. And the Greek people have this amazing spirit. I think that bonds really well with Iced Earth, maybe that’s why it works. In the end of the day you know we’re just happy that whenever we come here it’s such a great experience always a great show and we definitely look forward to it.

You’ve been a band since 1988 and the “Enter The Realm Of Gods” demo etc etc. From what you’ve talked within the band, is there something Iced Earth would like to achieve and haven’t achieved yet? 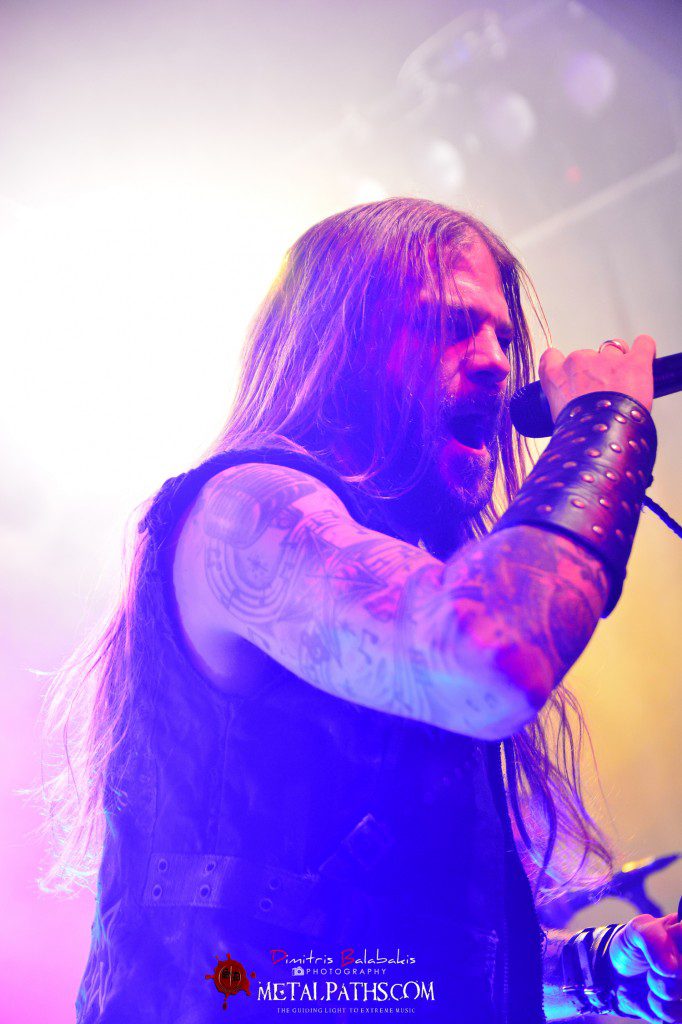 World domination of course, we always wanna get new fans, expose ourselves to more people, but at the end of the day, you know, we’re doing something special here. If we can keep that magic going, then I think that’s a success. The sky is the limit for the band, but of course heavy metal as a genre of music isn’t the most popular in modern days as it was in the 80s. So we have to know that it can only get to a certain spot. But we’re happy, to go out there and be able to play in front of decent crowds even to this day, when people call a band metal when they’re not really metal. The younger generation sometimes, they don’t understand that, so it’s good when you have younger fans who have an idea what heavy metal and then they see an actual metal band and think “Ah ok that’s what heavy metal is”.

That was about it Stu. Thanks a lot for the interview it’s been an honor. The final words are yours!

Awesome to be here in Greece, always a pleasure to be here, love you guys, and if you’re at the show tonight can’t wait to rock your socks off. Heavy metal Iced Earth Rock N Roll!