[colored_box color=”yellow”]“Most bands are too conservative to do something that’s different… and we’re not like every common band, in case you haven’t noticed.”[/colored_box] 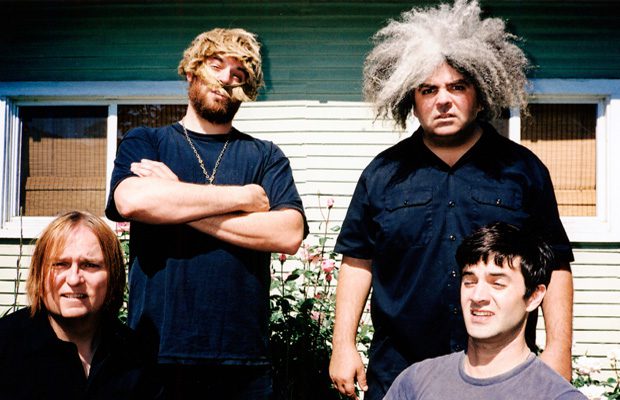 Thirty years of history, thirty years of pure Rock And Roll. That’s all about The Melvins! Having recently released their new album “Tres Cabrones”, Metalpaths caught up with “the half soul” of the band Mr. Dale Crover.  In our short chat below Dale talks about his new role in the band, the return of Mike Dillard behind the drums, his side-projects, while on the other hand he goes back in time remembering his friend Kurt Cobain 20 years after his loss.

The Melvins returned with another great record, but a very different one. What can you tell us about the recordings and the songs included in it ?

It’s titled Tres Cabrones, with what we call the 1983 version of the band. The original drummer Mike Dillard on drums, and yours truly on bass! Recorded at Sounds Of Sirens Studios in a few different sessions. Mostly new songs and a few covers. 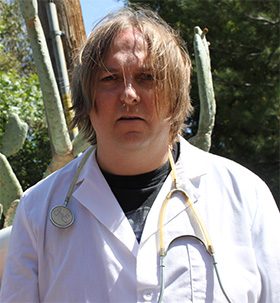 You have recently rejoined with Mike Dillard. How did it come out ?

How do you feel in your new position ?

I like trying new positions, and with the bass you do it standing rather than sitting. I’ve done enough sitting.

Thirty years have passed since the creation of The Melvins. It’s been quite a journey. How much has the band changed over all those years as far as the music part is concerned. How much your approach into music has changed ?

I think we’re better than ever at what we do musically, which is what should happen when you play together for this long! We have it down! We have confidence, and most importantly, why we don’t suck is that we’ve never lost the plot. 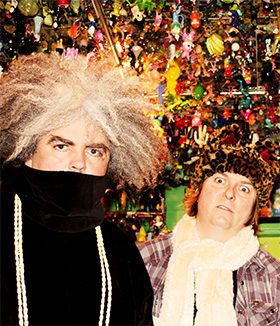 What’s the composing process of a Melvins album to be created ?

Buzz does most of the writing on his own. We sometimes jam together and come up with stuff. The songs on this record were written and recorded in a short amount of time. We only had Dillard for a few weeks here and there.

Which is your favorite record from The Melvins so far, and which the less favorite, if there is one ?

I don’t really have a favorite. Some I like better than others. I’m not sorry for any of it.

What reasons urge you to create music thirty years later? Are they the same as all those years ago ?

It’s because I put all my eggs in one basket. I don’t have anything to fall back on if this fails. I guess I could be one of those sign twirlers advertising lunch combo deals at my local Chinese Buffet. I could pull off a few good moves I bet! 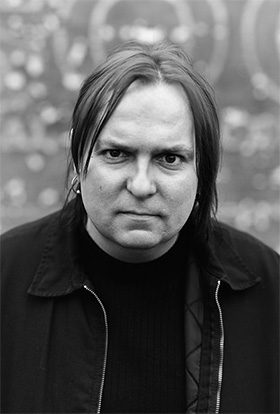 Have you ever considered in retiring after all those years or is it a thought that has never passed through your mind yet ?

Just how old do you think I am? Retirement age in this country is 62. Lucky for us the Rolling Stones have made it possible for us to rock into our 60’s and beyond. I’ve already been accused of being a crotchety old man. Just stay the fuck off my lawn, you damn little punks!

I must ask; why did you choose to include two drummers in the band at first and not one like in every common band ?

Because it’s bad ass! Most bands are too conservative to do something that’s different. Too many goddam rules in Rock an’ Roll! We’re not like every common band, in case you haven’t noticed.

Most people consider The Melvins a good band on writing new records, but even better on performing them on stage. Do you believe that performing on stage is more important than good studio records? Or should a band have talent in both sections ? 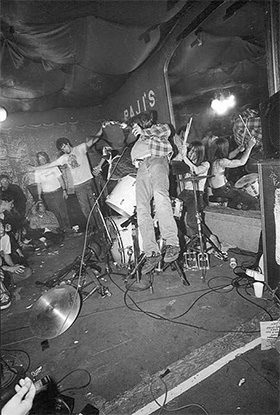 Apples and Oranges. I like it when a band makes a really great record, then you see them live and they’re even better. That to me is impressive!

You are also a member of another two bands; Altamont and Shrinebuilder. What’s going on with these bands? Do you have any plans or news we should know ?

Altamont has a new 7″ out. Hopefully more to come. Shrinebuilder is on hiatus for now.

2014 marks 20 years since the loss of Kurt Cobain with whom you have been collaborated in the past for a brief time in Nirvana. What are your memories from this period of time and how has been to be working with Kurt ?

It seems crazy to me that it’s been that long! I still miss Kurt and will never get over it. Kurt and I had a strong musical connection, and he was one of my best friends! We would have made music together again! What a bummer!

Going back to The Melvins, what is next for the band? Will you constantly tour for the next few months or are you planning another surprise from the studio?

We have no tour plans until later this year. We’re constantly working on something new. And yes, it will be a surprise!

Thanks! Hopefully we make it back to Greece someday!