“As we place this wretched waste of a man into his final rotting place. We pray for his soul to be stripped and tormented of all that is proper, to burn his sins, In the witness of the Father, the Son and the Holy Ghost, his soul will fall below the valley of death. Left to rot forever, to never be free, never return.”

Well, I’ve thought of many ways to begin this introduction, and the “Memorial Arrangements” narration off “The Ten Commandments” seemed to be spot on. It appears as the wheel of Death metal fortune has brought both Malevolent Creation and Grave on a crushing old school tour built to destroy! And the first two stops of the tour? Athens and Thessaloniki of course! Metalpaths had the chance to interview both bands, which means we’ll have a double interview for your reading and viewing pleasure, as both were filmed.

One of the most representative bands of the old school of US death metal, Malevolent Creation, have returned with a brand new album “Dead Man’s Path”! On the first part of this article we’ll talk with Bret Hoffman (vocals), about various issues concerning the band, the scene and so much more.

Good afternoon Bret! So your new album “Dead Man’s Path” is out almost a month now after 5 years. Apart from the member changes and touring, you really seem to have taken your time writing and recording it. Is that so? And what do you think, now that it’s done? 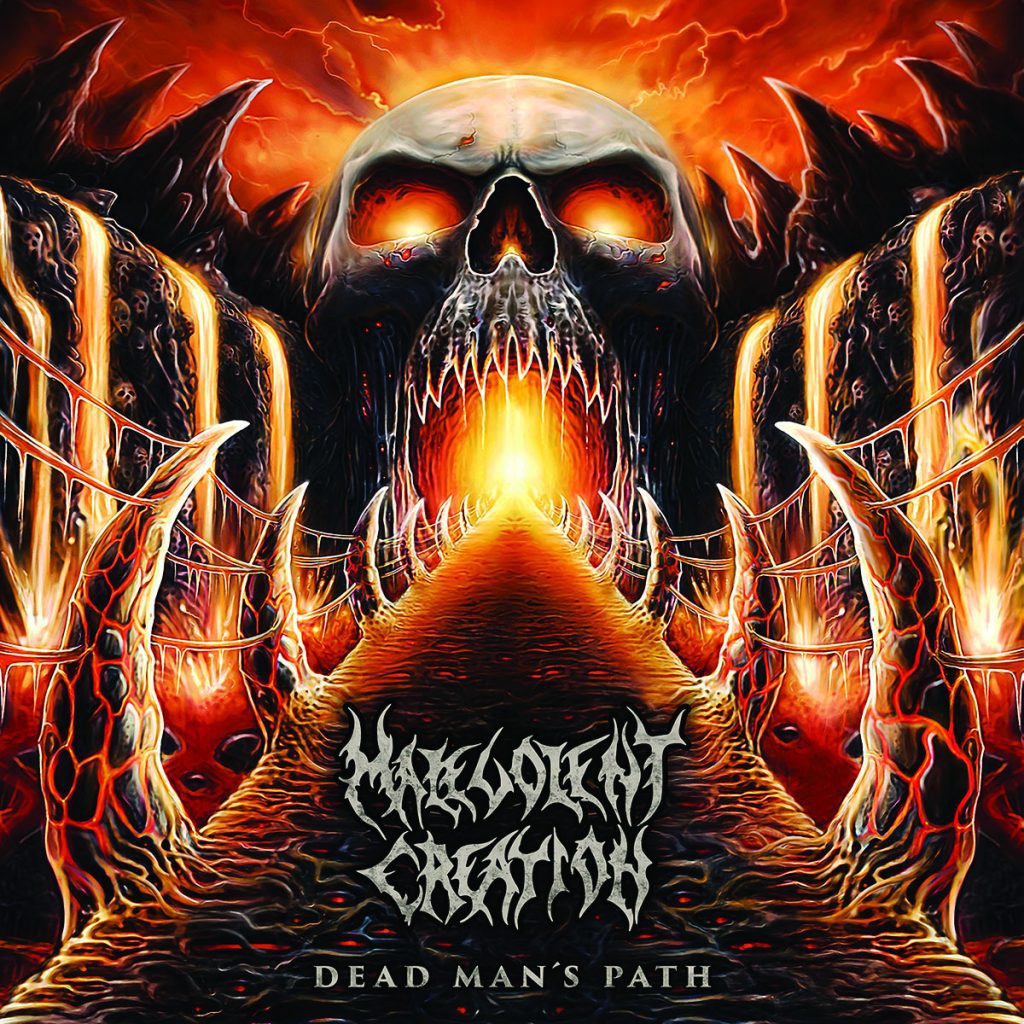 Where would you spot the differences between this one and “Invidious Dominion”?

I think the songs went back to a type of old school with this album. You know, a little more catchier riffs and choruses and stuff. Different production, I liked the production on “Invidious Dominion” but we always wanted to try something different out, hopefully it works. And we took our time writing these songs too.

Judging by the albums’ lyrics and titles there seems to be a loose concept this album is based on: the concept of destruction of man. Could you tell us more about it?

Sometimes I go with more of a certain song, you know, direction in writing. I don’t know I just got ideas and just put them together, not really a concept. So when I turn on the news, I see something on the news or see something in life. I don’t write in a certain way, I just write how I feel about a song, and I just roll with it.

Where do you draw inspiration from when writing lyrics for Malevolent Creation?

Lot of news, there’s a lot of hell going on in the world, you never run out of things to write about. Lots of information, but you have to choose, cause a lot of information on the news is propaganda, so you gotta watch that. You just look at the world and see a lot of things: crime (every city has it), corruptness everywhere, it’s just the way it rolls.

Do you guys enjoy the road more or being in the studio recording new material?

I prefer the road. Studio is cool but it’s not the same as driving and playing live. It pumps you up for the studio, the people who are there to listen to your music, and you just roll with it, and the audience rolls back. The travel part kinda sucks, but the edge of playing live is always fascinating. 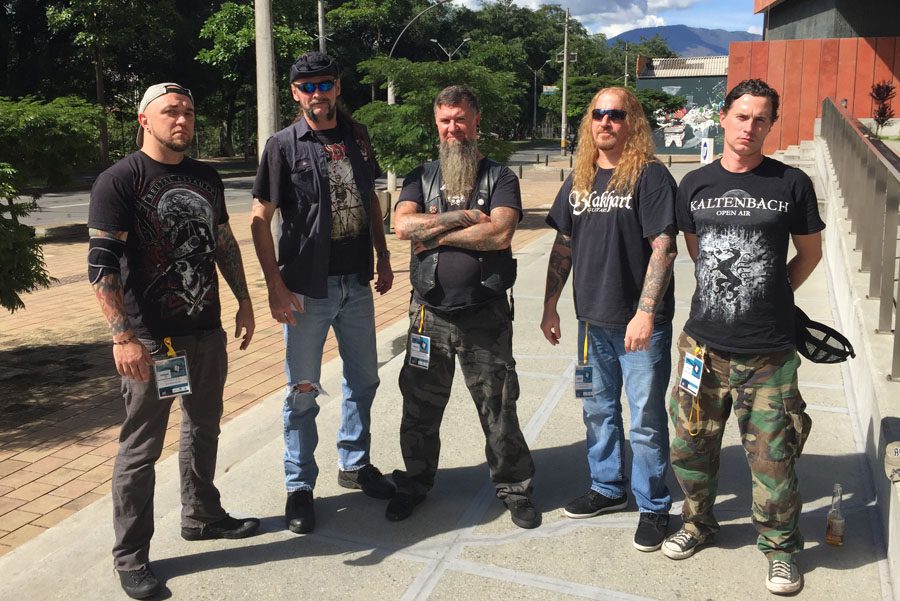 Swedish and American Death metal: different philosophies, similar influences, same unstoppable brutality! Was there ever a “rivalry” between the two?

I don’t really think so. Our first European tour was also Grave’s first tour together in 1991, and we all got along great. I don’t think there’s a rivalry, I’ve seen a lot of Grave shows in America. I always wanted to tour with these guys, thought I’d be a cool tour you know.

The bands’ line-up has been unstable for many years, lots of members have come and gone. Is that a gift or a curse for you?

Sometimes it works. You know, we’ve had this line up for a while now, Jay’s been in the band for about 8 years now and so on. Knock that wood, nobody’s come and gone over the last years, so let’s hope we’ll keep it stable and work it out. 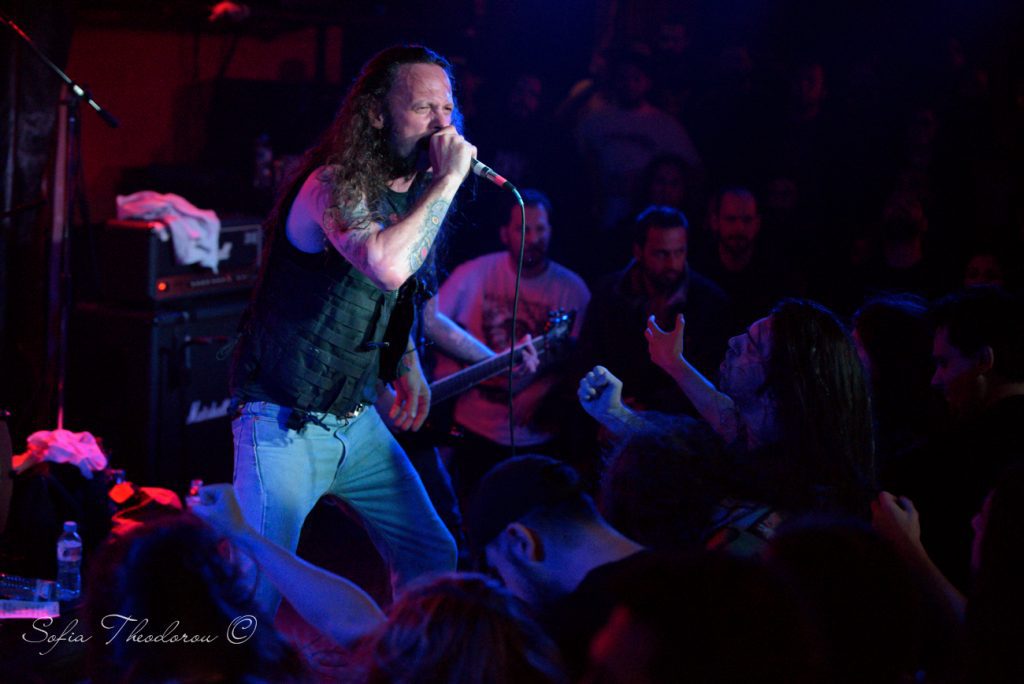 Which is the most important moment in your career?

Putting out “The Ten Commandments”, and do the world tour after that. It was our first time and we did a lot of touring that year. We toured the Europe for weeks, and I think that paved the way for the future.

What are your thoughts on the Death metal scene, as one of the most legendary bands of the genre? Which bands do you think set themselves apart from the rest?

The scene’s kinda strange, it always comes round in circles, it’s good for a couple of years but then it dies out a bit, and then it comes circles back around, and becomes popular again. It never goes away, but sometimes there’s a low in there for a year or so, staying in the underground. But it never gets too popular, it’s always going to be an underground type of music, it’s not something you’re going to hear on main radio stations, which is kinda good, cause those type of bands are here today and gone tomorrow. As for bands, there’s a lot of bands, there’s this band from Australia called Truth Corroded, we toured with them a couple of years back. They’ve got a good sound, they’re good guys too, so they hold the torch for Death metal. And I think that’s what we need. 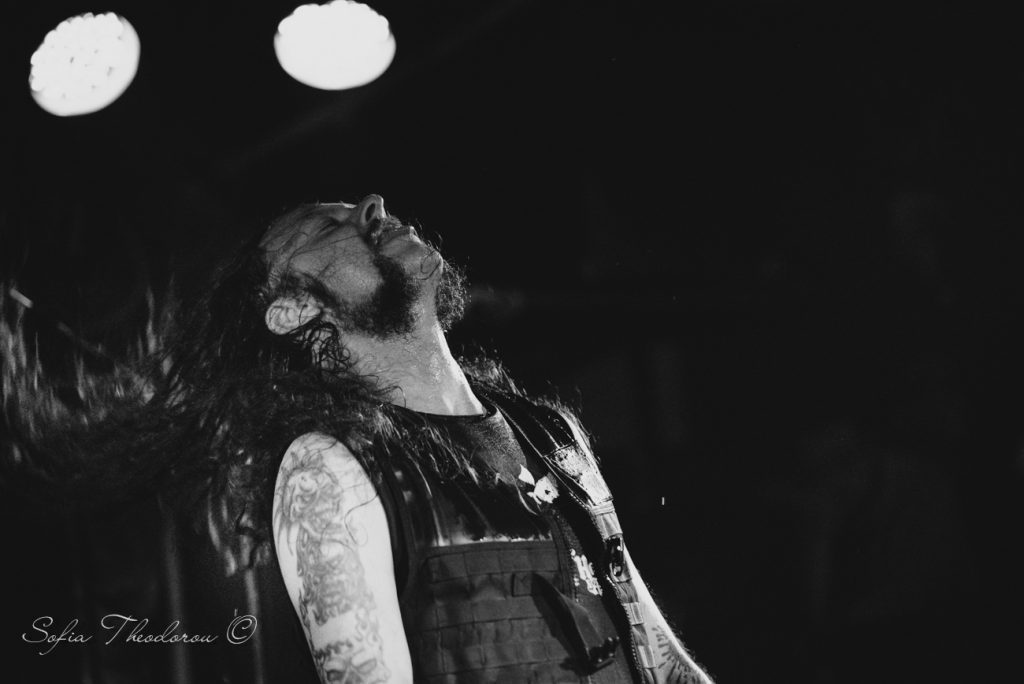 The bands of your generation (Morbid Angel, Immolation, Incantation, Suffocation, Cannibal Corpse etc.) span 25+ years of playing old school Death metal. What do you think when you see all of those young up and coming bands you have influenced? Is there something you’d like to achieve?

I think it’s cool, you know being an influence is always a great thing. When you have a band, like the ones you said, that have paved the way for a lot of bands, it’s a little extra that keeps you going. I think it’s fantastic. I’d like to keep playing you know. keep working on music, keep getting new fans. New fans that keep coming to our shows. We’re not going to sell millions of albums, like Metallica or Iron Maiden, but having people who love what we’re doing and keep coming to our shows, I think that’s a great goal to achieve.

This package with Grave has to be one of the strongest death metal tours of the year! Who came up with that idea of different band headlining every night?

I think that Phil and Ola came up with the idea. They talked about it, they talked with Century Media and it happened. We didn’t wanna think of who’s headliner and who’s not, and I think that’s a cool idea of switching it up. We have respect for them and they have respect for us, no one’s trying to be like “oh we’re headliners” and stuff, that’s a bunch of bullshit anyways. I think it’s great that we’re both headlining I think it works out nice. 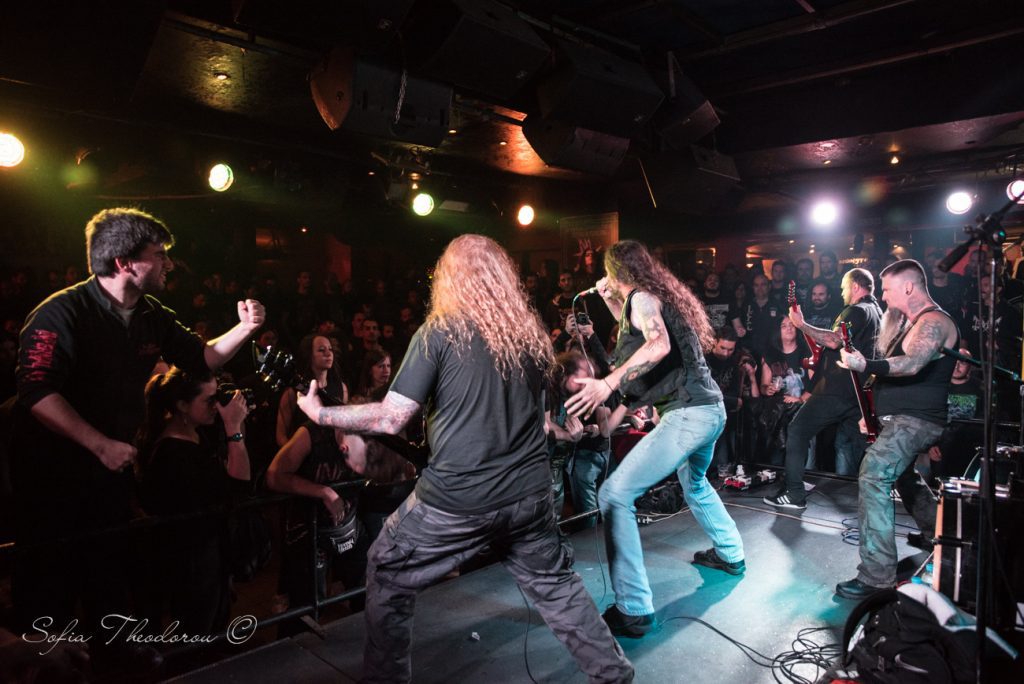 What are your memories from the last time you played in Greece (2012) and what can the fans expect from Malevolent Creation today?

It was awesome, it’s always a good time. The fans are fuckin fantastic, the crowd was going insane, even the security people were stage diving. We love to play in Greece. We’ve got some really cool songs rehearsed, also songs off the new album, and just go out and kick some ass man.

That was about it. Thanks for your time it’s been a huge honor! The final words are yours.

Man, just keep loving Death metal, and we hope we can keep making this crazy music for you guys. Peace out!