BARONESS is a band I personally always admired for its uniqueness and its total output as it comes about both music and visuals. On December 18th, the band is releasing its new album titled “Purple” under its new independent record label Abraxan Hymns. On the other side of the telephone line, the mastermind of the band, guitarist/vocalist and artwork designer John Baizley, talks about (probably) the darkest BARONESS album to date, the first one since their terrifying bus accident in 2012.

Hello John and congratulations for your new album which I personally liked a lot! How are you?

Hello and thank you! We like it as well.

You are currently on a U.S. tour. How is it going so far and what are the reactions of the fans to the new songs?

So far everything is exceeding our expectations, it is going incredible well. The crowd is handsome, we are totally back on tour and there is really nothing to complain about at all.

Your new album “Purple” is going to be released in a few days. How would you describe it to the fans that have not listened to it yet?

Oh, I don’t know… how would you describe it? I don’t know, it’s just another BARONESS record (laughs). 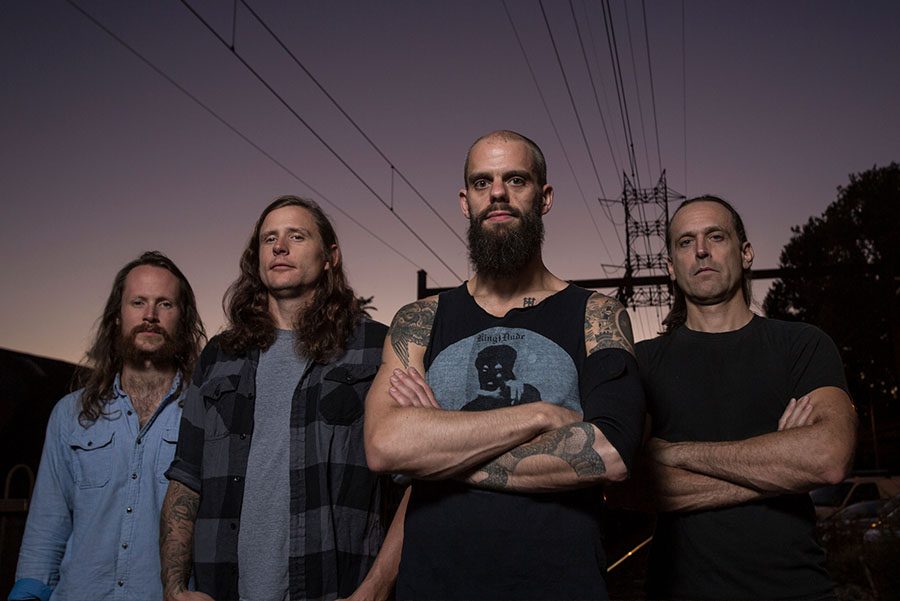 There is always a color behind both the title and the artwork of each of your records. Is there a special message behind it? What are the terms of choosing a color in relation with a record and why you chose “Purple” for this one?

Well, the reason a color exists is actually a couple of reasons. I could talk for hours about why but one of the main reasons that we choose a color theme is because it’s a very simple idea to understand and sometimes our records have a dense quality so we want everyone to be able to enjoy our records and in order to do that we needed to find a simple way for the fans to understand our records. But, you know, it’s also a little bit different than that, there are a lot of tentacles that you can draw but the reason it’s purple is because the traditional artist’s colors are always these six colors; red, yellow, green, blue, orange and purple. And we have used everything but orange and purple and I think purple is a much better color suiting this record, much more than orange is.

In my opinion the new album sounds a little bit darker in comparison with your previous ones. Would you agree with that?

Well yeah, I mean, it’s a little bit darker than what was before. It wasn’t very light back then, but it’s taken a slightly darker turn in the last three years since our accident. So there’s no reason to avoid that.

The cover of the album is impressive once again. What inspires you when it comes about painting?

It’s a reaction of everything. It’s life in general, things we get through, things we struggle with, you know, the ups and downs, stress, paranoia, the pain the suffering. You know, the stuff that everybody writes about. I don’t think we’re unique in what we write about, it’s just the language we use is particular to us and we had a very trying couple of years, so we decided to use the album as the way to do that.

Does your expression as an artist differ from music to painting? Is there any difference between writing music or painting concerning your feelings and expressions?

No, not at all. The reason is that those two things are somewhat the same. They have a different presentation and both can be enjoyed in different ways but the interface reason behind it is the same. These are things that I’ve been trying to do all my life. 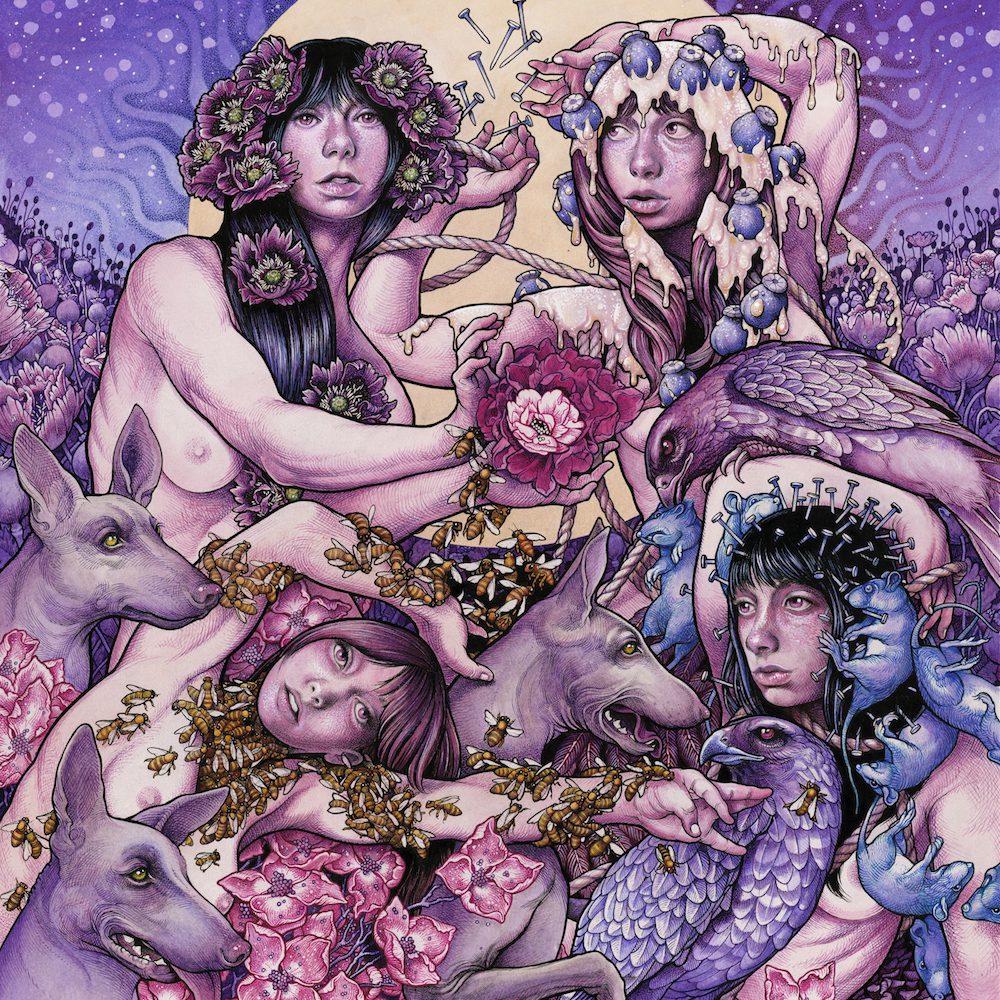 It grabbed my attention when I read a comment on facebook by a fan who wrote that one of the faces of the cover reminded him Ron Weasley from Harry Potter and after observing again the cover I spotted that too! Did you really used Ron as a model for your artwork or is it just a random similarity?

No, no that’s unintentional completely! I worked with one model on this record and I did make certain operations to not make them look the same four times on the record but she is a model that I used and not a male actor from Harry Potter.

“Purple” is your first record after the terrifying bus accident you had back in 2012. How difficult was for you as a band to move on and how did this situation inspire you on your latest album?

Well, it showed us that we have to move on. You know, if we are willing to do anything, we have to do it now and we have to do it when the mood is right and when the idea strikes, because life can be very short and we got a very immediate and very painful lesson in how quickly life can put away from you. So the only way to undo that accident is to enjoy and use the opportunity that we have immediately. 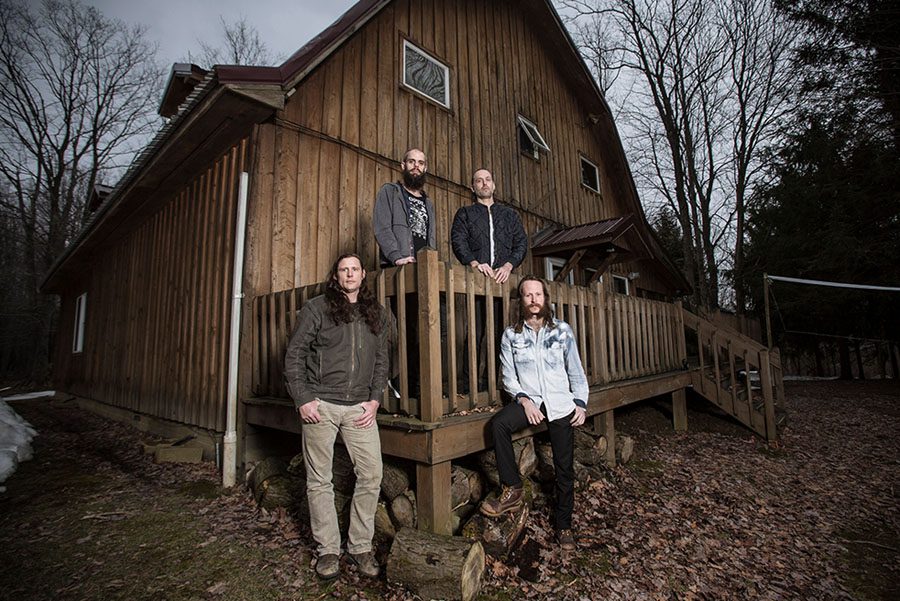 Do you have any special story to share with us from the recording or the composing process of the album?

One really cool thing when writing the record is that we had a whole three years of musical ideas which while rehearsing we had the chance to use and make them new songs. And I always thought that it was a really great thing.

You also formed your own record label. How did this idea come out?

The contract we had with Relapse records, was up, and we had the opportunity to self-release this record. So there was no reason not to. It has allowed us greater creative independence. Greater freedom in the way our business runs and is represented. We are more independent now than ever in the history of this band, and that was our biggest goal and accomplishment. 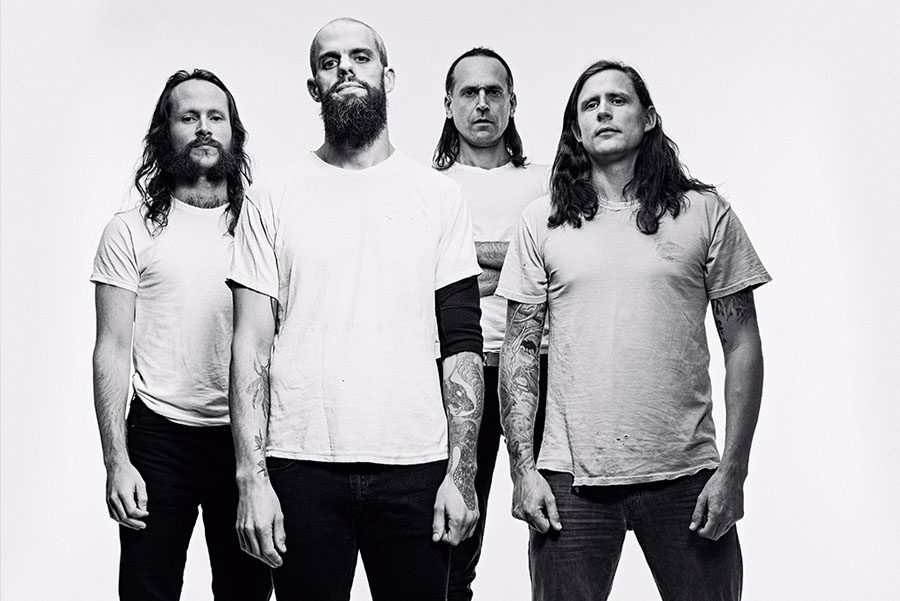 We are just a month before the end of 2015. How has been this year for you personally and what would you like to wish for the new year?

The past year has been a tough one, there’s been a lot more to do, more work than what I’ve ever done in my life. I hope that the amount and quality of work we put into this record, will be reflected in some positive way next year.

So John, what are your plans after the release of your new album?

Tour; that’s all we do when we put out another record. We’ll tour as much as possible with anyone who wants to book us. Yes, there are plans for a European tour, there’s no direct quote, but we are coming to Europe.

Sounds very cliché for a bands vocalist, but we would not be having this conversation about our new record and upcoming tours, if it wasn’t for direct support from the fans from all the continents who gave us the strength and willpower to continue being Baroness. So I wanna thank all our fans who gave us any kind of support.