Sometimes admiring someone for his simplicity and his honesty through the years is more important than admiring him for his career and in our case for his music. Admiring him for all the above though is the best, I think. You know that you are not speaking to or hearing the music of a wannabe person and surely I couldn’t resist to have another friendly chat with Sakis Tolis, the mastermind behind ROTTING CHRIST!

How are things going with ROTTING CHRIST these days? (PS: The interview was made in January)

There’s a lot of stress these days with the arriving of the new album. And having the promotion undergoing the live shows and the writing of the new album the past months you understand there isn’t much free time left although all the situation is quite pleasant. We also see a lot of interesting for the band and this always makes us happy.

Of course. The album is named “Rituals” and it is our 13th album. It is consisted of eleven songs, or eleven rituals from different parts of the planet I would say. A multi-cultural concept again with the most mystical, occult and dark songs we ever released so far. The album was recorded here in Greece, the production and the mixing took place in Sweden and it will be released in a few weeks. 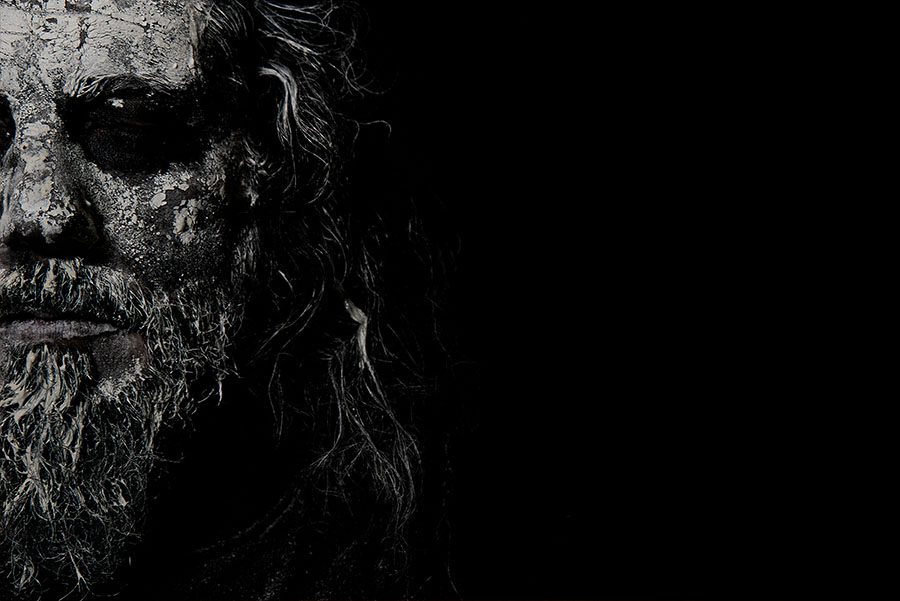 Are there any guests in the album?

Yes, there are some guests based on our friendship with those people and to do them just for the credits. You can hear Vorph from SAMAEL in “Les Litanies de Satan” which is a French poem from Bhotelier. We also have Nick Holmes from PARADISE LOST. Kathir from RUDRA in a Indian song based on the indie chakra. Also Danai Katsameri in the “Elthe Kyrie” song and she is an actor of the Greek National Theater. And Magus from NECROMANTIA in “In Nomine Dei Nostri”. I hope I haven’t forgot someone…no, basically we have those I’ve mentioned. As I’ve mentioned those guests are mostly friends and their contribution came exactly where it needed.

All those years is there any guest you would like to have in an album and it hasn’t happened yet?? 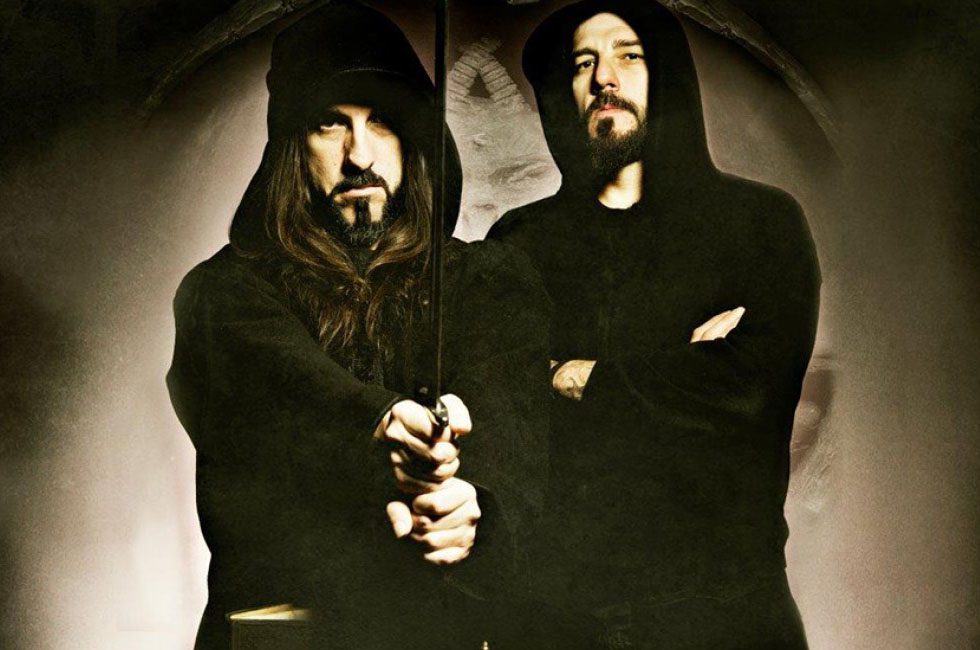 How all of those different cultures and languages become songs in your mind and then in your music?

For me, writing music is a very serious matter. It’s a kind of meditation which takes a lot of time. I read a lot, I concentrate and gather my thoughts and then, with a lot of work, I believe that I create things that are from my inside. Everything we hear from ROTTING CHRIST is the result of hard work and I’m truly happy when I see people hear and enjoy my music. This is one of the reasons we play music, to fill our souls with it.

For some years now you are the producer behind the albums of ROTTING CHRIST. How hard or easy is this thing?

It’s a very anxious procedure because while you are growing you become more “flat”. I try to keep a balance with the everyday routine. So my music works as an escape for me. It takes a lot of time and sacrifices. When you have many things that you to deal with in your everyday life you also need to think and concentrate and create something magical. It really needs a lot of discipline and love and dedication. I believe that I manage all those things but yes, it’s a lot difficult.

I understand that every record you feel it like a child of yours, and I would not ask which your favorite album is. I would like to ask you, every time you see people hearing your new release and even if they like it or not…how do you feel??

I don’t like when I’m in front of someone while listening to my music. It feels weird.

I understand but all those years doesn’t it happen at all?

Sure it happens and that’s why I don’t like it. I feel really uncomfortable with this. I am very happy if I see that my music “touches” people and I realize that I did something good this time.

The last two years you haven’t slowed down at all concerning the live shows. Do you plan to continue like this?

I don’t know if it will be in the same frequency because we are growing old too. But we will be present anywhere we can because music is a big thing for us and you can understand it when you are on the road. 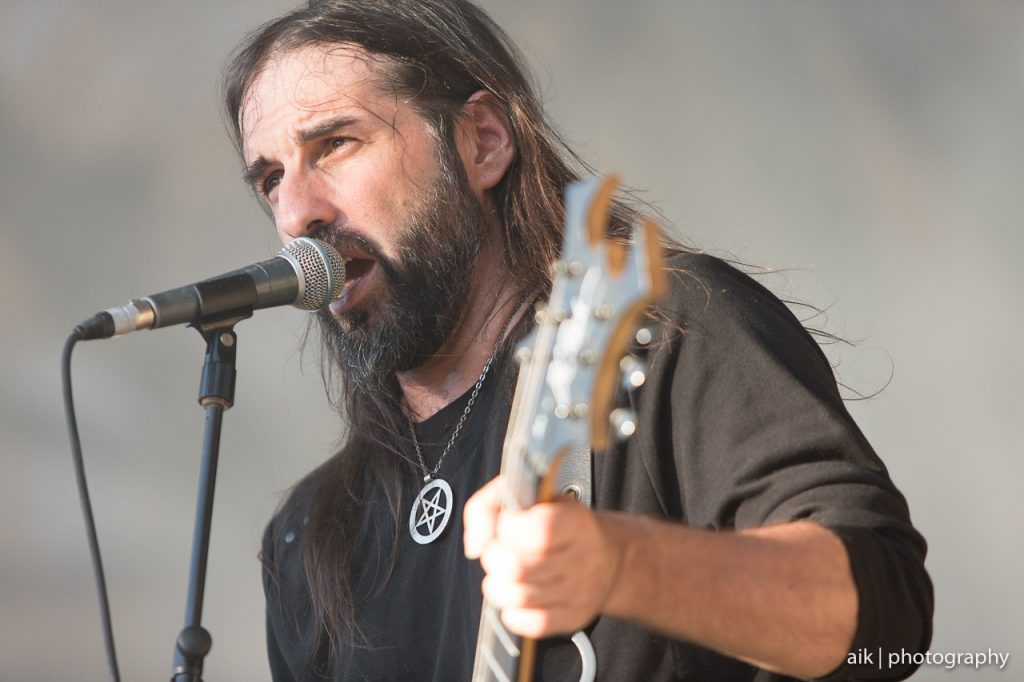 Last year was a shitty one for most of the people for couple of reasons.  How was it for ROTTING CHRIST? Did you have any difficult moments or situations?

Of course we did. Last summer when everything was going to hell, it was very difficult and frustrating to have any inspiration for the album. And if you do not participate in this circus we live in it’s even more difficult. But we survived. And as people says…something that doesn’t kill us makes us stronger.

Closing this interview, is there any band or artist you listen to outside heavy metal music?

I listen a lot of music, from soundtracks to music in general. And besides heavy metal that has the biggest part of coruse, I listen to Diamanda Galas or other bands or artists with darker music like DEAD CAN DANCE. I try to make my musical choices from music that it talks to my soul and above all that is “metal” to me.

Thanks’ a lot for your time Sakis. Hope to see you soon!!

Thank you for your interest Paris!