One of the Big 4 of the Gothenburg death metal scene (a.k.a. melodic death metal), Soilwork are back with a brand new release “Death Resonance”. As always, we seized the chance to talk to the bands’ frontman Bjorn “Speed” Strid, about various issues concerning the bands’ past and present, the scene, Tribulation and so much more.


Good afternoon Bjorn! Your new release “Death Resonance” comes out in about a week, containing rare and unreleased tracks from your recent albums sessions. What led you guys to that decision, less than a year after the release of “The Ride Majestic”?

Well I guess it kinda started before that. Because we had already released an EP called “Beyond The Infinite” exclusively in Japan, which was basically leftovers from “The Living Infinite” sessions. And it seemed like the rest of the world got really pissed off that it was only released in Japan, something that’s somewhat understandable I guess. So the songs kinda spread on YouTube. We didn’t expect people to get that much into those songs as they did. So that’s how that thought started about. “Maybe we should release that to the rest of the world as well”. Of course, we realized we had a bunch of tracks lying around from 2005 and forward, along with two new songs that were leftovers from the sessions of “The Ride Majestic”, they became an album. It is a compilation but it has kind of an album feel, cause we remixed the songs and remastered them as well, so it has a pretty interesting flow. That was important for us as well, better than throwing out a disc with a bunch of leftovers. It’s a bit of a showcase of our progression as songwriters and musicians as well. So it will definitely take you on a journey through the albums.

How didn’t those songs make it to the Soilwork albums of the past decade?

Well, I think most of those tracks were a little bit out there, too progressive, compared to what we were doing back then. But since we have that progressive and playful so-to-speak touch again, it makes more sense to release those songs now. And now I realize why those songs didn’t make it to for instance “Stabbing The Drama” or “Sworn To A Great Divide”. For example, “Martyr”, it didn’t really fit to what we were doing back then, but I feel it kinda fits to what we’re doing now, somehow, because we’ve grown as songwriters and we are more progressive nowadays. But it all makes sense, we’re not more progressive just because, we still like to be straightforward at times and still, you know, very catchy. It’s just that it’s a little bit different musical expression these days. But I think it’s making sense, you know. Even if you put songs from 2005 along with those leftover tracks from “The Ride Majestic”. They have an interesting flow. 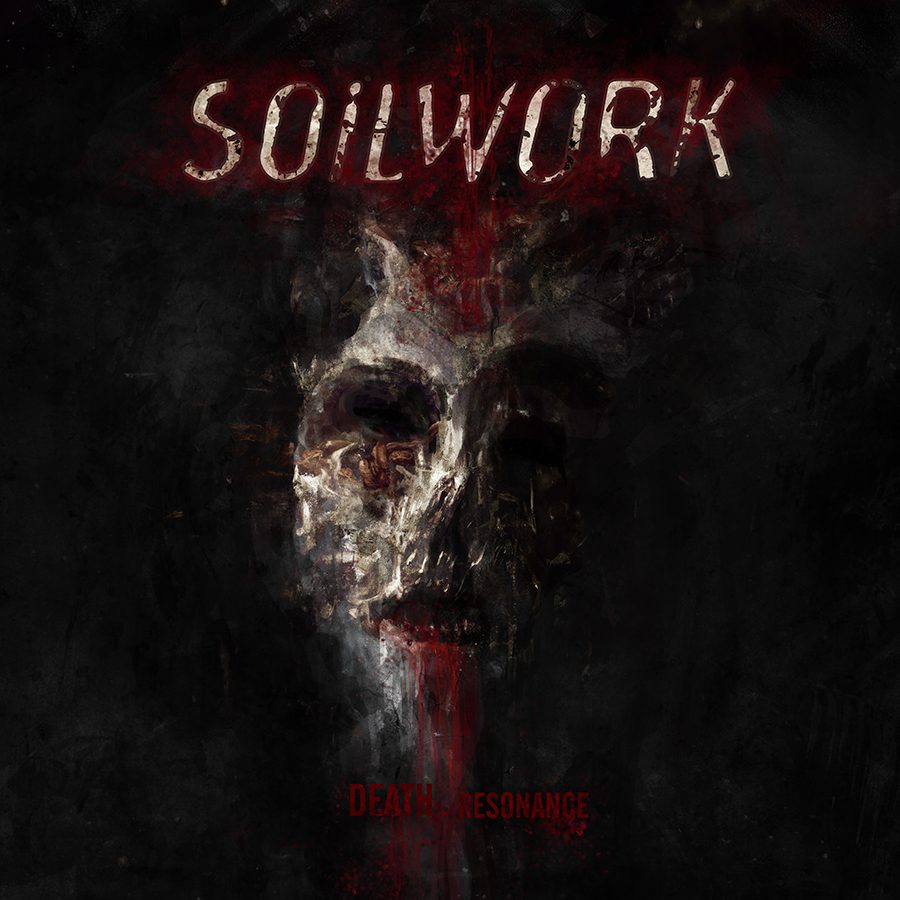 Where would you spot the differences between the “Death Resonance” record and “The Ride Majestic”?

You see, this is a compilation, I don’t really see it as a new album, like a new release. But tracks like “Death Resonance” and “Helsinki” kinda give you an insight on where we’re going to end up on the next album. Especially “Death Resonance” has a kind of Pink Floyd break in the middle of it, then it’s almost full-on black metal, and it all makes sense to me. It’s kinda hard to compare this release to “The Ride Majestic”, since this one has songs from 2005. So I can’t compare these two albums in that sense.

For this compilation, you’ve already released 2 videos for the songs “Helsinki” and “These Absent Eyes”. Could you tell us more about them? Why did you choose those two?

Well, we wanted to release one new song, and also one old song. “These Absent Eyes” the label really liked that song as well, and we decided to go with it. Maybe, personally, I would’ve picked a different song, but again, we have six different opinions in the band, and “These Absent Eyes” is a great song. I think it makes sense, cause it’s closer to what we’re doing now musically, and it’s taken from the recording sessions of “The Living Infinite” as well, so it’s not that long ago.

Apart from Soilwork you had the death/thrash project called Terror 2000. You haven’t released anything with them in almost a decade, any thoughts for a new album with them any time soon?

Well, we have talked about it, we don’t meet up very often. I’ve seen Nick the guitarist, maybe twice in the latest year, and the other guys I haven’t seen them in 2-3 years. So who knows what’s going to happen. I have another band now as well, which I’m a little bit more focused on (which is completely different from both Soilwork and Terror 2000), The Night Flight Orchestra, which also features David guitarist from Soilwork and Sharlee D’Angelo from Arch Enemy. This is inspired from late 70s – early 80s rock, you know classic rock, but it’s really fun and we just got signed to Nuclear Blast as well and we’ll have a new album out in the spring so I can’t say much about Terror 2000 because we talked about making a record like 2 years ago. But yeah, it would be fun. “Terror For Sale” was so much fun recording, it was a blast. So it’s kinda hard to talk, I don’t how or where we would take it, cause that album was so over the top in so many ways. It was funny, it was super-intense, and just crazy all over. So, I don’t know, never say never.

So how about your other projects, Blinded In Bliss and I Legion?

Those are just guest appearances, I was never like a permanent member of those bands. 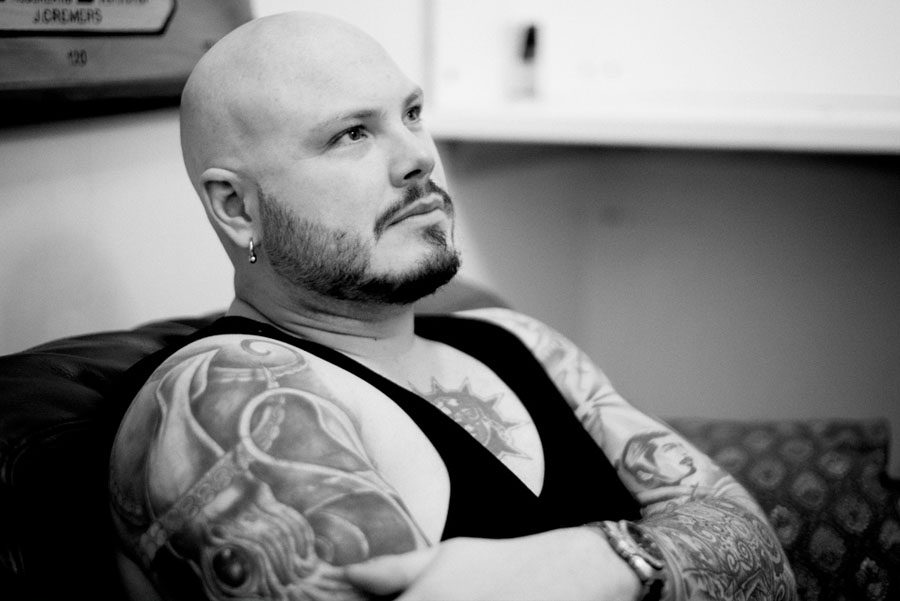 Melodic death metal: a genre you were part of from its inception in the mid-90s along with At The Gates, Dark Tranquillity and In Flames. Now, you’re all on major labels and very popular in the metal community. Ever thought it would turn out this way when you first started?

Definitely not. I was a guitarist from the beginning, and I kinda became a singer overnight. To me, it was just a great kick to sort of find out I could do screaming vocals, and do clean vocals later on as well. So I don’t know if in the beginning I had any dreams of becoming a professional musician. It seemed like a far stretch, like an impossible dream. I was just happy to get a record deal, enter studio Fredman and record an album. I loved it and I love listening to what we recorded. That was the greatest kick of all. Then it slowly took off, and here we are 20 years later.

And melodic death metal is one of the most popular metal genres in major labels with bands like Insomnium, Omnium Gatherum etc. Which bands stand out for you?

I don’t know how much younger they are, but me, I love Tribulation. That’s always a band that I mention, because there’s not a lot out there that tickle my interest in todays’ metal scene. So whenever I hear a new musical expression within the metal genre, I promote the hell out of it. I might as well mention Tribulation and “Children Of The Night”. I’m sure it’s a favorite among many other musicians in the genre as well I’d say, cause that’s a definitely new expression within black metal and death metal, it sounds pretty unique to me. 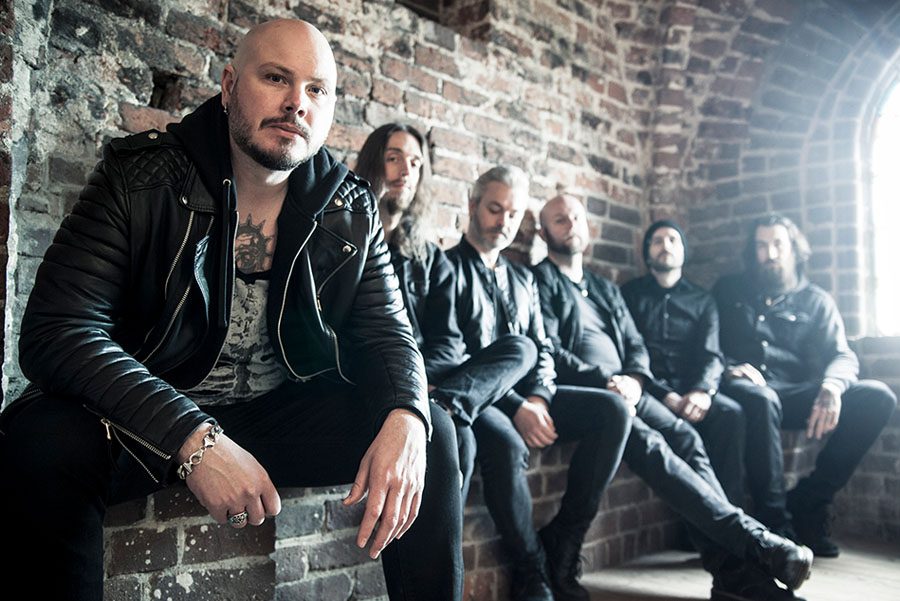 What are your thoughts on the At The Gates return, being one of the originators of the genre?

I’m happy they’re back. It just seemed so short cause they released “Slaughter Of The Soul” and then, gone. I guess they left everybody aching for more. Of course, it’s never going to be the same thing when someone comes back 20 years later, no matter how good that album is, it’s never going to be the same. At least when you’re in a band, and you’re part of that scene, cause we were inspired from At The Gates as well, something gets lost along the way, when you become a professional musician. You can never go back and be a fan again. I don’t know what it is, it’s not about comparing, it’s not about not being objective to music, cause I really am. Of course, when you were growing up and you’re a teenager, first time I listened to “Slaughter Of The Soul” I got the album copy on a cassette, sent directly from Earache so I got to hear some of the songs before the album came out. So I’ll never forget that day. I mean the new album is fantastic, just doesn’t hit you in the same way, probably cause I’m 20 years older and I’m interested in other things musically as well. But I mean it is a great fuckin’ album, glad they still pull it off very well live.

It’s been 15 years since the last time you played in Greece, what are your memories from those 2 shows at Rodon Club?

They only thing I sort of, kind of remember is that we had some great shows. We played Athens and then Thessaloniki as well, I remember Thessaloniki was a very sweaty show, and I think that was the last show we did there with Nevermore and Annihilator. It’s a shame we haven’t been back to Greece, that’s actually a joke, that’s crazy. It was a crazy show, I did promotion for “Stabbing The Drama” in Greece as well, I think we were thrown out of a bar cause we had too much ouzo (laughs). 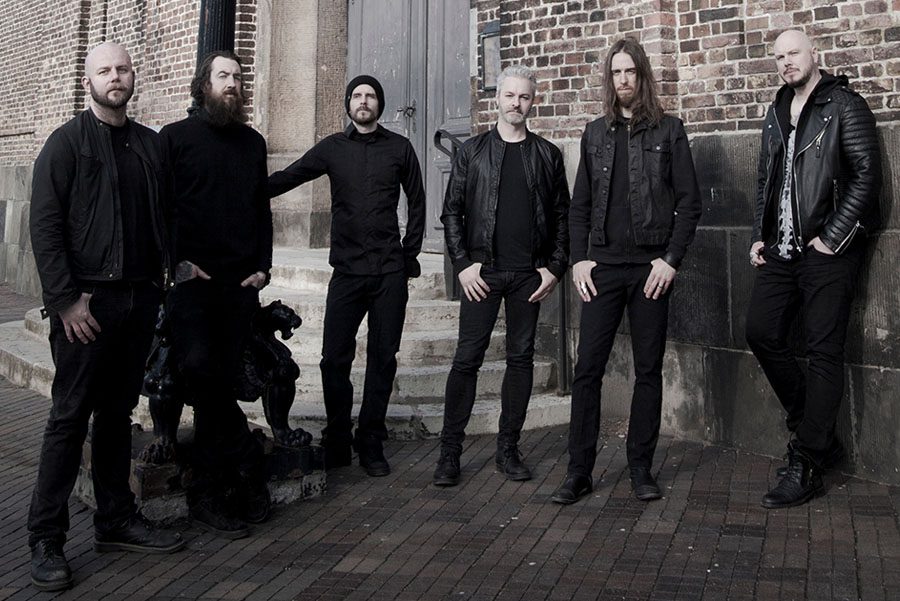 Will the promo tour for the “Death Resonance” compilation be including Greek dates as well?

Well, I haven’t really looked at the schedule for the Kreator and Sepultura tour yet, if there are any Greek dates.

When can we expect some new material from Soilwork? Is it too early to expect a full-length release?

Well I think we might in song-writing mode sometime soon. I just got to finish the Night Flight Orchestra stuff. I’m gonna be more focused on writing for Soilwork. And maybe if we’re lucky we can get one out by the very end of 2017. But I wouldn’t hold my breath, maybe in the beginning of 2018. 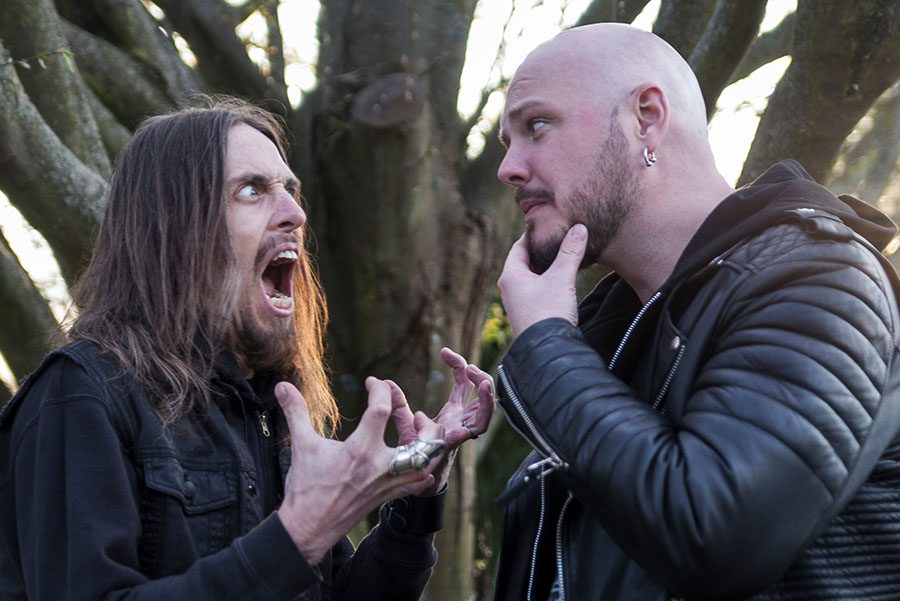 Generally, what are the future plans for Soilwork?

We have a lot of touring left to do for this album “The Ride Majestic” and “Death Resonance”. So we’re gonna do UK with Arch Enemy in August, South America for the first time in September and then we’re gonna do a headlining run in North America in the middle of October, then we’re gonna have a little break, and then it’s going to be Kreator and Sepultura in February. So that’s about it for now.

That’s about it on my part as well Bjorn, thanks a lot for your time. You get to say the final words!

My apologies, I don’t know what happened with the booking agents we’ve had the latest 10-15 years (laughs). It’s not that we hate Greece at all, we love Greece we had a lot of fun the last time we were there so I’m gonna work really hard to maybe at least play in a festival in Greece. So if there’s any promoters out there listening, hook us up!