Another great band from the Netherlands, after the legendary Asphyx, is being hosted for an interview. Probably the writer’s favorite symphonic metal band, Epica. One of the oldest, most respected and consistent ones in their genre, EPICA are back with a brand new album called “The Holographic Principle”. What’s this record going to be all about? Coen Janssen (keyboards), is going to explain this and much more below.

Good evening Coen! Your new album “The Holographic Principle” is done and it’s coming out by the end of this month via Nuclear Blast. What are your thoughts now that the record is done?

Well now my thoughts are on the new live show and to make sure that what we want to release is going to be released. So we’re really busy at this point, doing a lot of stuff concerning the release, but also concerning the new show, preparing ourselves to play the new songs and making sure that everything is running well, you know. There’s a good live show, we’ve come up with some good stuff for the fans to see, and hopefully the record will be accepted by the fans, we can have more ears spinning around (laughs).

What are the fans’ reactions towards the brand new song “Universal Death Squad”?

I think they’re pretty good. Also the press is positive about it. You always people who prefer us to be the band during the “Phantom Agony” period, but so far I think most reactions are pretty awesome. Of course it’s only one song. Between you and me, there’s going to be another song released shortly (the next day, “Edge Of The Blade” was released). We hope that people like it, but you know, you have to see the album as a whole, you have to listen to it as a whole and see what the people think about the album.

Where would you spot the musical differences between “The Quantum Enigma” and “The Holographic Principle”? Was there something you guys did differently this time?

Yeah, definitely. We now only use live instruments instead of samples, which is of course a lot more challenging. You have to write down all the stuff for the people to play, it takes a lot more preparation. But I think that you cannot simply make the same sound with a sample that you make with people: there’s emotion, there’s feeling in it. And that’s a big advantage and a big step forward in our sound I think.

In “The Quantum Enigma” you explored the knowledge field of quantum mechanics lyricwise. What’s “The Holographic Principle” title all about? Is it part of a concept?

Mostly, we take the title as the main concept of the album, or the other way around, we have a concept and the album title is derived from that. It’s actually building a bit further on “Quantum Enigma” theory, and “The Holographic Principle”, the holographic universe really is a theory that what you see is non-existent, but is projected on you either by yourself or someone else. So, with “The Quantum Enigma” we explored the way of influencing things you see just by looking at it, so that makes everything possible, which also kind of looks at the “Holographic Principle”, where everything is possible or everything is not what it seems. It is really interesting, but it’s also really scientific. 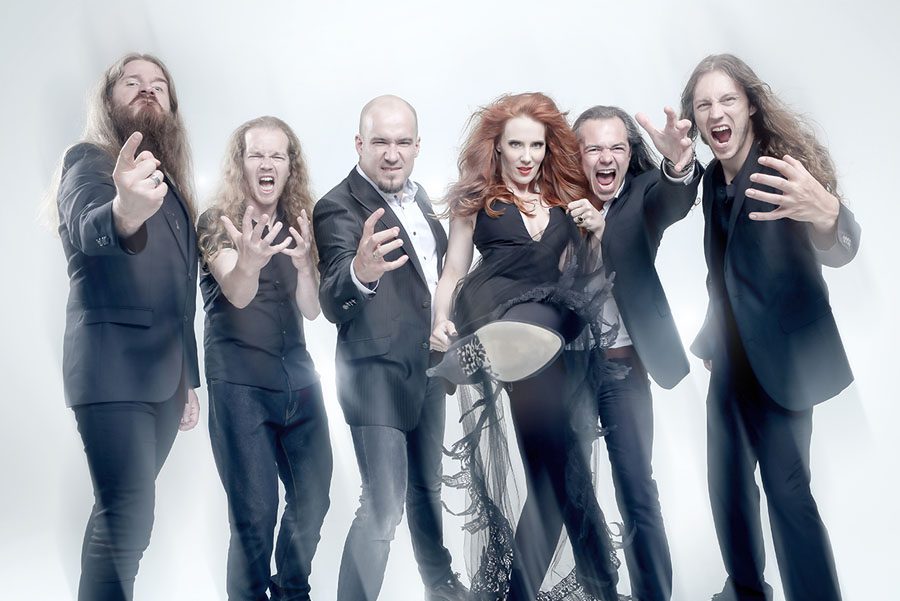 So it’s the first time in Epica history, when two albums are connected lyricwise?

Well they’re not necessarily connected, but there is a connection (laughs).

You always tend to motivate people through your lyrics, in songs such as “Stay The Course” and “Canvas Of Life” for example. Your main message is for people to follow their dreams and never forget their goals in life. Was that a message that always worked for you, so that’s what you wanted to get across?

Well, it’s kind of a message of hope. I think that if there’s hope, there’s a way, it’s kind of like Star Wars in a way (laughs). So, you have to be positive in life and you have to look further. You know there’s a lot of people that say you can’t do stuff, “you can’t do this”, “you can’t do that”. I think that if you try hard and you work hard, everything is possible. And we are living that thought by just being the rockstars, being what a lot of people dream of. Being on the road, being a professional soccer player. We achieved that, but not because we were thrown into this life, we worked hard for it and we earned it every little step of the way. So, follow your dreams, don’t hold back, life’s too short to sit around and wait for stuff to happen. Make it happen. 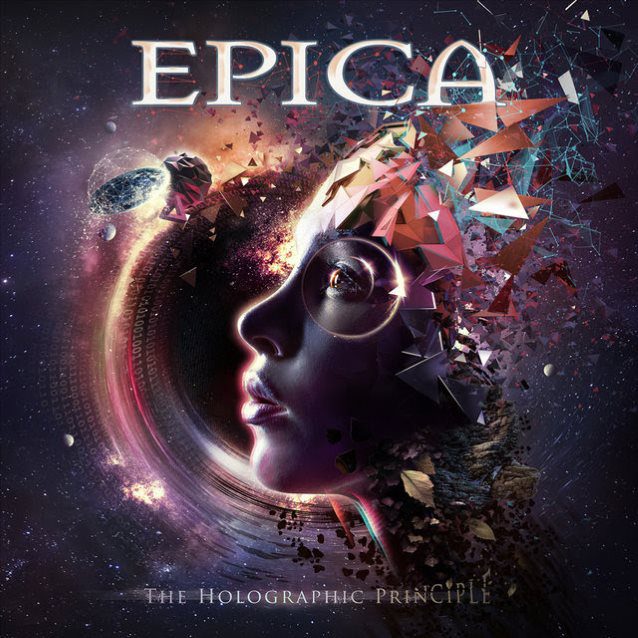 In the early 00s, did the existence of Within Temptation, After Forever and The Gathering help you pave your way in the scene, taking into account that the Dutch scene is mostly known for its classic death metal?

Do you think so? (laughs) I think now it’s more well-known for its symphonic metal.

Yeah but back in the 90s it was mostly death metal and it had a very trademark scene: Asphyx, Pestilence and so on, that’s why I’m asking.

I think it’s a whole different scene. When we started, of course you had After Forever because Epica has come out of that basically, and then you had Within Temptation of course and The Gathering, and they were all an influence to us and in a sense, we influenced some other symphonic bands. I think when you’re in the scene, in a certain genre, you don’t really want to be there, you want to stand out, so you make your own twist of the genre. In the end you just look back and say “they’re their own bands with their own style in the genre”. I was never influenced by the death metal scene in Holland, I know that our drummer and guitarist back in the days were in God Dethroned, and they were heavily influenced from that scene. It’s good to have different influences from different scenes of music. 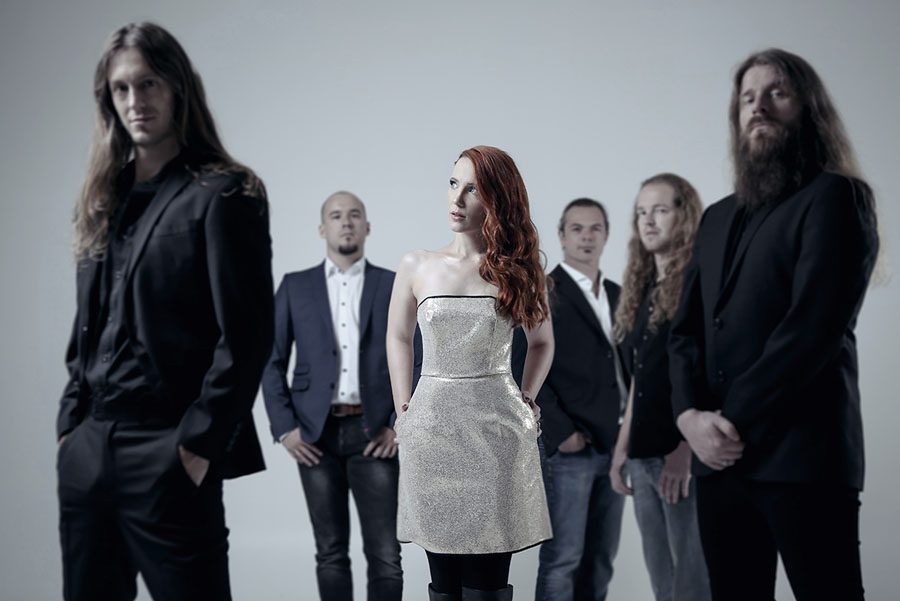 Your band belongs in the symphonic metal subgenre, but you’re also under the “female fronted metal” label. Taking into account that the bands that started it have different musical personalities and it’s been over a decade since we started using it, isn’t the term a bit misleading and dated when it comes to describing the music of Epica?

I think that as soon as you put a label on something, it’s misleading anyway. What does “female-fronted” say? It says nothing. It’s like to say we are a band that all wear shoes, because we do. What does symphonic say? It says that we’re a symphonic band with symphonic sounds or symphonic structures? You know, it’s kind of weird, of course it’s a marketing thing, but people need labels to know what kind of music you play. Every band on the scene has been selling us as a symphonic band. But then we say “no, we’re not symphonic cause then you miss the metal part” and when they say we’re a metal band, we say “no, cause we are symphonic, there’s progressive influences, there’s classical influences, there’s death metal influences”. So that’s why we stopped with all the subgenres and say we play symphonic metal. We’re a metal band with symphonic orchestra backing us up so that’s it. But it’s hard, I’m not a fan of making and labelling things, cause you put people in certain groups and you get a lot of shit. Same with religion. (laughs)

Speaking of influences, which were your influences when you started playing music?

When I started playing music, I was taking classical piano lessons when I was 8 years old, so you aren’t really influenced by that. I was very influenced by my teacher, she could play beautifully and I wanted to play that. And later on you’re influenced by family members a tape from Metallica or suddenly you see a movie and think “wow that’s a great piece of music”. But I mostly played classical music. Musical influences can be anything, it can be bands that I meet on the road, bands that I listen to myself or even stuff that my kids are listening to. 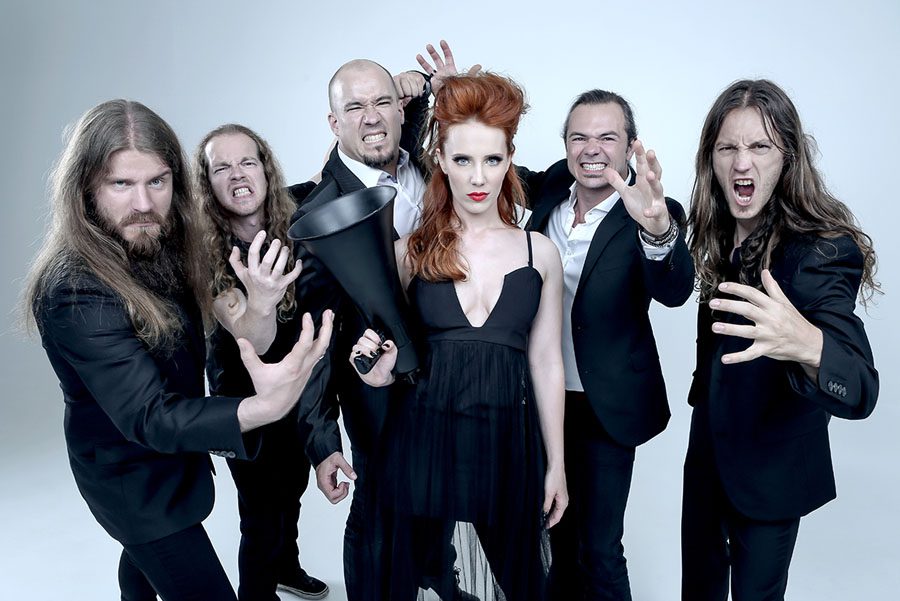 Which are your favorite albums of all time? Just a quick top 5.
(laughs) I think that’s so hard cause I change favorite bands every other month. Well, albums that have influenced me are definitely “Black Album” from Metallica, “Scenes From A Memory” from Dream Theater, then you have things like this group of symphonic/gothic metal in mid-90s when they started, The Gathering, Tristania, Amorphis is one of my favorite bands, nowadays I really like to listen to Insomnium, great band. I listen to Amorphis still and Nightwish of course.

What would you like to achieve that you haven’t achieved yet?

I don’t know, I just wanna be the best I can in what I do. Actually this has been like a rollercoaster ride of achieving goals you never thought you would achieve, like playing your first festival, Graspop, in Greece, playing all over the world, now we have our seventh album coming out. It’s crazy, it’s been 15 years in this music business, and when we started I never thought we could make it out of rehearsal rooms, so to speak. You know, it’s kind of arrogant saying that I don’t want to reach anything anymore. Of course I want to be as big as Metallica is or Slipknot or whatever, I wanna do stage shows like Rammstein. I don’t think it’s necessary to achieve it as long as you like doing what you do. You’re not a machine, you like having fun and people like having fun as well. 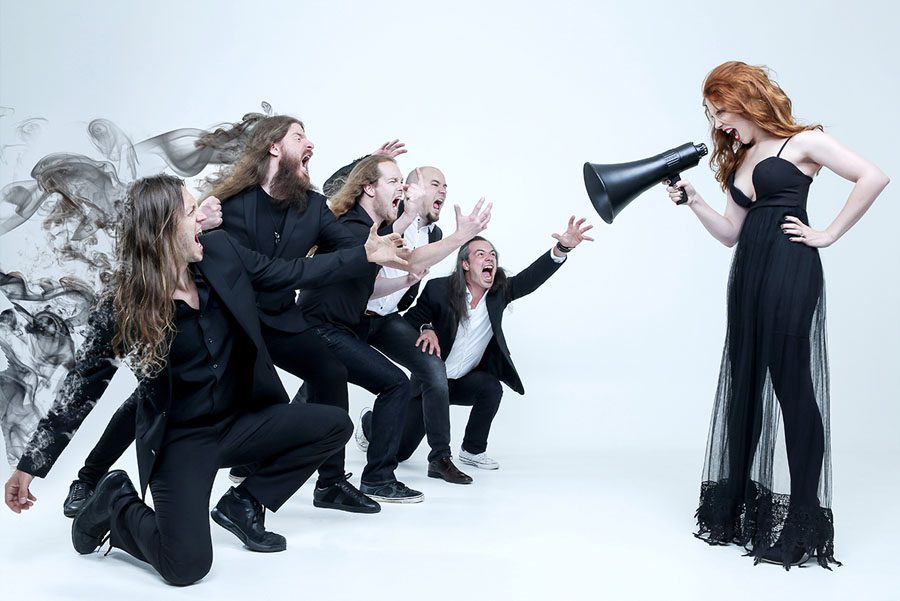 What are your memories from your last years’ gigs in Greece for the “Quantum Enigma” tour?

Actually in Greece it’s very very cool. Last time we had a killer schedule of arriving and playing, so it was kinda hectic. But, I really like to play for southern people, people who are a little bit more passionate. And Greece is also very welcoming people there, very nice, really like to enjoy the concerts. It’s really an incredible crowd to perform to. Then of course, I also like the food, so it’s always great to go out and eat somewhere, having lots of tzatziki and stuff. But probably everyone says that. (laughs)

I’ve seen you have two really strong tours planned: one with Fleshgod Apocalypse, Xandria, Arkona and The Agonist as well as a 2017 tour with Powerwolf and Beyond The Black. Any other future plans for Epica?

Of course, we’re not gonna stop with those two tours. We’re a band that likes to be on the road as well. We’re gonna try and play as many summer festivals as possible, we’re gonna bring an awesome live show. And we hope that good promoters are going to pick it up and are gonna book us everywhere hopefully and probably we’re going to come to Greece as well, because of your food (laughs), no it’s a joke (laughs). I can’t wait to come to Greece I spent my honeymoon in Crete with my fiancee, it’s always good.

That was about it Coen. Thanks a lot for your time it’s been a huge honour, and you get to say the final words.

Well, the final words (laughs). Thank you for the interview and thank people from Greece for their support. I hope I’ll be able to meet you all and book a show in Greece so that everyone can see us, and I really hope you like the new album “The Holographic Principle” which you will if you like a little bit of Epica.