Pending the upcoming shows of FLOTSAM AND JETSAM in Greece, we had the chance to talk with the guitarist of the band Michael Gilbert  and ask him some pretty interesting things.

You ‘re currently on one of the greatest European tours of the year with Destruction, Enforcer and Nervosa! How’s the tour going?

The tour, so far is fantastic and well received. Seems that the general feel about the tour is that there is a lot of fan anticipation for it and they seem to be very happy by the looks on their faces after the show. We always like to chat with people afterwards and so far, nothing but great feedback from everyone.

You ‘ve had a strong comeback record to tour with, one of your best in quite some time. What do you think now that some time has passed and you ‘ve seen how the material works live?

The new material is going over great. In a lot of cases, when bands perform new songs it seems that the intensity of the show might come down a level, so I’m always leery of playing new material. The Fans are digging it though. Lots of pit action for ‘Life Is A Mess’ and ‘Monkey Wrench’. 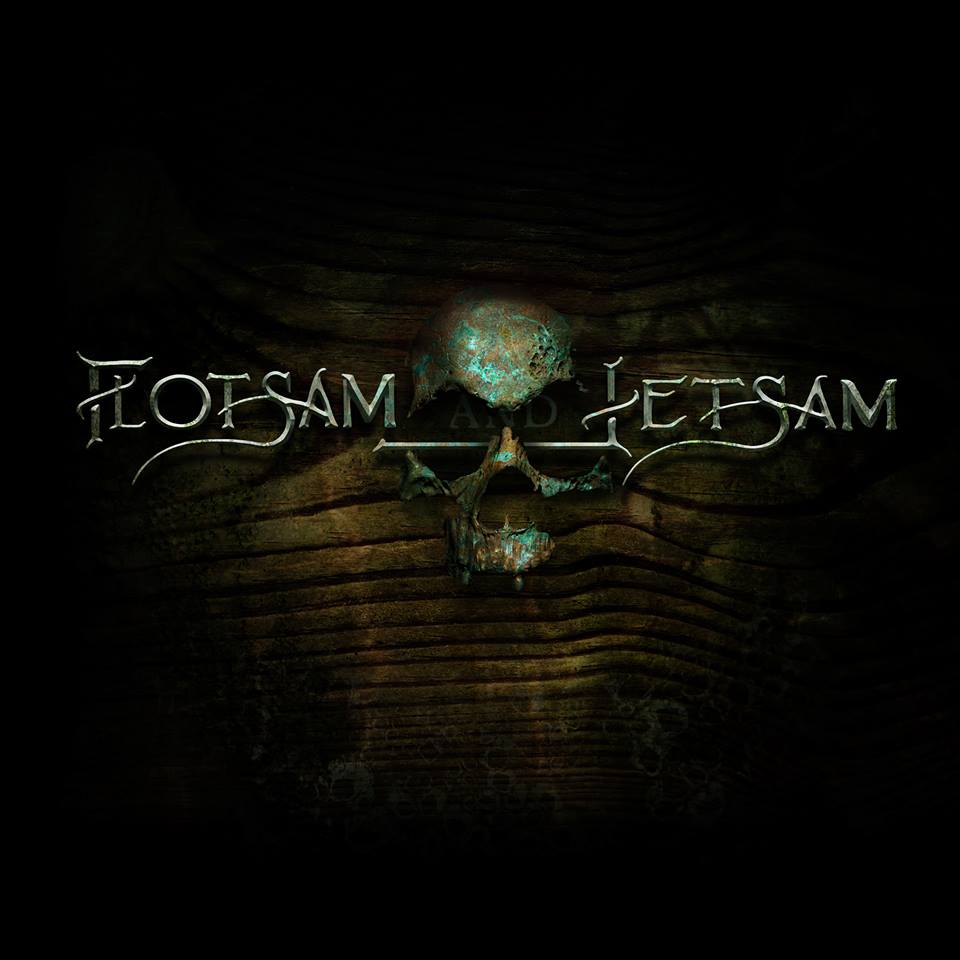 The album includes three songs off the “Doomsday For The Deceiver” / “No Place For Disgrace” days: “Forbidden Territories”, “L.O.T.D.” and “Iron Maiden”. Did they set the tone for the overall direction of the album? Or was it more of a natural decision to follow this style and those songs were perfect for this?

‘Iron Maiden’ was a more recent written song. The other 2 were written during the NPFD album timeframe, but didn’t actually make it on the record. When we write, we usually write as many songs as we can as long as they seem to evolving into something cool sounding so a lot of times we have leftovers. Those 2 songs are great and it was a tough decision to not add those on the NPFD album. I’m glad they finally made it on an album for everyone to hear.

One of the things someone notices in Flotsam and Jetsam today, is how well maintained and mature Eric’s voice is. How hard is it for a vocalist like him to stay on a really good level and deliver the goods every night?

The dude is a machine. I don’t think he has any sort of regimen other than warmups before a show. I’m baffled at how he keeps getting better and better as the tour goes on. Most singers like days of but AK just doesn’t give a fuck and says let’s keep going. Like I said, he’s a machine. 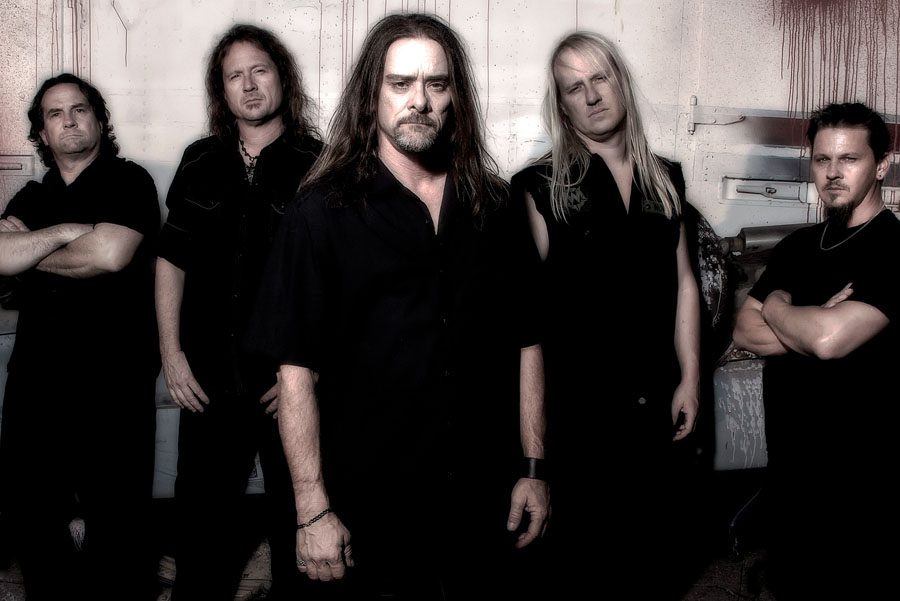 You ‘ve shot a music video for “Life is A Mess” and three lyric videos for “Iron Maiden”, “Time To Go” and “Seventh Seal”. That’s a good amount of online promotion prior to the release of the album. Is it easier for a band to be promoted via social media like YouTube and Facebook these days? And if so, what are the pros and cons of doing so?

There are lots of pros and cons to both. Money is a factor always, but with the tools that are there and some skills you can do some cool production stuff on your own without a high cost. Social media is great, but you don’t want to hound people. Constant feeds about the band might drive someone to stop following you or delete you, so you gotta be careful. YouTube is a great thing in my opinion, but the con of that is people can see your show so why do they need to go, on perhaps a Sunday night? But, its great free advertising too. I guess the best thing to do is try to keep things interesting and updated in almost a humble way so you don’t get those deletes or unfollows. Like I said, there are many factors.

For the past 2 years you’ve had Jason Bittner from Shadows Fall fill in as a drummer and record the “No Place For Disgrace” album once more as well as the new album. What has he brought to the band writing-wise, playing-wise in those two years?

What’s your main source of inspiration when writing music and lyrics for Flotsam And Jetsam?

I don’t write much in the lyric department but for the music, I get my inspiration from other players. There are so many great players out there is overwhelming and you can find them on, once again, that great resource YouTube.

It’s been a decade since the thrash metal revival began, and along with the old school bands that either reunited or brought back in the headlines, some new ones have shown that they have what it takes to become standout bands of the genre. Which are those bands in your opinion?

Exmortus and Holy Grail to name a couple, but once again, there are tons of great undiscovered bands waiting their opportunity to let their metal across. I’m glad it’s revived because I love playing the shows and making metal. I don’t think that it will go away ever so I’m thankful for that. 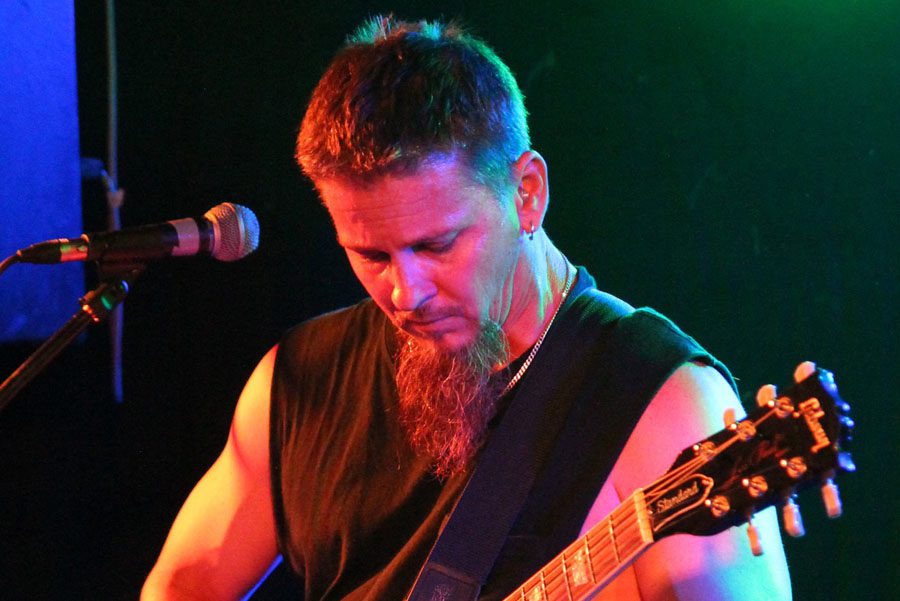 We ‘re waiting for you in Greece on October 20th (Athens) and October 17th (Thessaloniki). What can the fans expect from Flotsam And Jetsam this time?

Expect what you should expect, but anticipating a fun Flotsam show. Greece is always great for us. The fans are crazy and that always translate to energy at the shows. We feed off of that so keep bringing it like you do Greece.

Thanks a lot for your time! All the best of luck on the rest of the tour, and you get to say the final words!

Thanks for the interview. As always, we anxiously await to get to Greece and to play some metal for you. See you then, Greece!