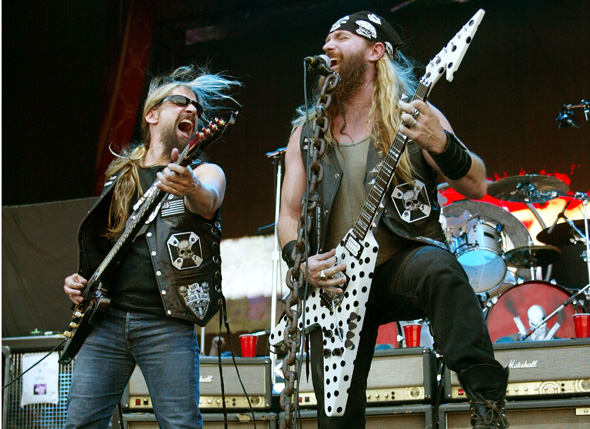 An audio interview with Zakk Wylde conducted on January 16, 2008 by Mike Metal of “The Metal File” on CHOM 97.7 FM in Montreal, Quebec, Canada is available for download in two parts at this location.

BLACK LABEL SOCIETY announced in June 2007 that it had parted ways with Roadrunner Records.

The group’s sole release through Roadrunner was 2006’s “Shot to Hell” album.