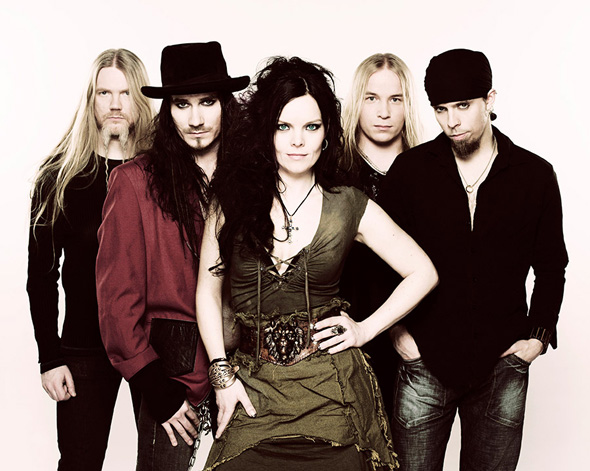 Tuomas Holopainen has been chosen as the recipient of the 2009 Soundi Award. The leader, songwriter, and keyboardist of NIGHTWISH is an inspiring example of a musician possessing clear vision, proper musical education, and stamina.

After founding NIGHTWISH in his native town of Kitee in 1996, Holopainen has kept his eyes on the horizon while steering the team through both calm and stormy waters. So far the legacy extends to six studio albums and hundreds of shows all over the world.
The major breakthrough presaged by the band’s fifth disc, “Once”, was achieved with “Dark Passion Play”, released in September 2007. Presently, NIGHTWISH’s sixth album has sold in excess of 900,000 copies worldwide, of which a good 10 percent has come from the United States. In its native Finland, “Dark Passion Play” has shifted a staggering 130,000 copies — more than any other album so far during the 21st century.

All these commercial achievements and the album’s overwhelming critical success aside, Tuomas Holopainen still believes that content is king. He is happy to receive accolades such as the Soundi Award, but still emphasizes the importance of total artistic freedom:

“I find solace in the fact that nothing else matters if one is able to make music that comes straight from the heart,” Holopainen muses. “This is the main lesson I learned from the success of ‘Dark Passion Play’.”

The captain of NIGHTWISH wishes to tip his hat to open-minded music fans all over.

“It is a relief to see that our decision to stay far away from anything even resembling calculating can lead to something like this. And especially this award! An extraordinary bust; It makes you humble, proud and bursting with laughter all at the same time!”

The Soundi Award is a statue designed by journalist-comic book artist-tattoo artist-Soundi mainstay Juho Juntunen. Tuomas Holopainen is the fifth-ever recipient of the award and he was chosen by a jury of Soundi writers.

Published monthly, Soundi is the leading rock publication in Finland.