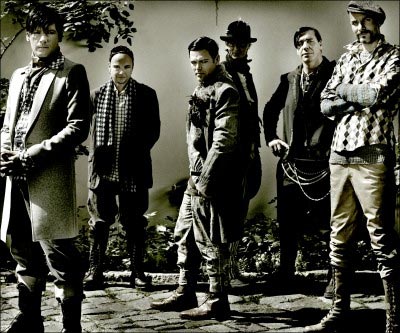 The German industrialists have sent out a statement on how their new record is shaping up.

Rammstein have offered the following update on work on their new album: “After finishing the first part of their studio recordings (for the new Rammstein album) successfully, Rammstein have started to put the final touches to their new songs”

“For example, they’re thinking about the usage of strings and choirs. Therefore, the band sat down with the orchestra arranger Sven Helbig last week. Aside from the last musical changes, the final lyrical changes are being made, too. We’re highly awaiting the next steps of the album production: the mixing of the songs. It is supposed to start mid-March and will take about six up to eight weeks.”