Stratovarius To Release ‘Polaris’ In May

Finnish melodic metallers STRATOVARIUS will release their brand new studio album, “Polaris”, in May. The CD — the group’s first since the departure of guitar player and main composer Timo Tolkki — will be made available via the band’s new label partner Edel under the new imprint earMUSIC outside of Asia and the band’s longtime record company in Asia, JVC.

Commented keyboardist Jens Johansson: “We are very happy to have found strong label partners for the new era of STRATOVARIUS who truly believe in the band and are as enthusiastic as we are. I can’t wait to hit the road again and meet all fans who supported us through all our good and bad times.”

In September 2008, freed from many burdens of negativity, the band found the freedom to go into seclusion for almost a month in a cottage by the sea in a Finnish forest to relax, laugh, write songs, be creative together, and record. And they found themselves being a band reborn. The result is a melodic, powerful, fresh, tight, and technically elaborate new album.

“Polaris” was recorded in the fall 2008 at Hästholmen and 5by5 studios in Helsinki, Finland. Mixed by the longtime confidant of the band Mikko Karmila the album became another shining polar star at the Northern sky. Powerful melodies mingle with sophisticated arrangements, strong anthems stand alongside heavy songs. 11 songs full of energy, musicianship, and a positive outlook.

Vocalist Timo Kotipelto explains: “‘Polaris’ is a positive, powerful album that STRATOVARIUS fans all over the world are certain to take to their hearts.”

The band will support the release of their new studio album with live shows around the globe. The world tour will start in the U.K., followed by a number of dates in continental Europe. September will see STRATOVARIUS playing live shows in Asia, followed by a full North and South American tour in September/October. A European headlining tour is scheduled for January 2010.

STRATOVARIUS’ latest addition is 25-year-old Finnish guitar phenomenon Matias Kupiainen. Drummer Jörg Michael said, “In Matias we found new character who fits perfectly with his way of melodic guitar shredding. He is a killer player, a ‘wunderkind’ from Finland!”

Working songtitles that are set to appear on “Polaris” include: 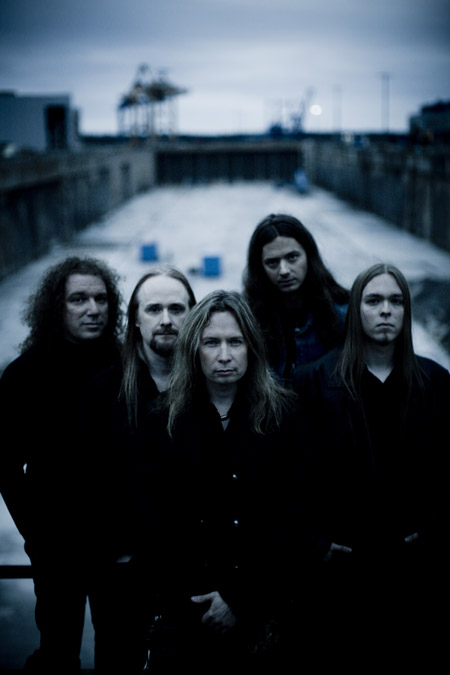