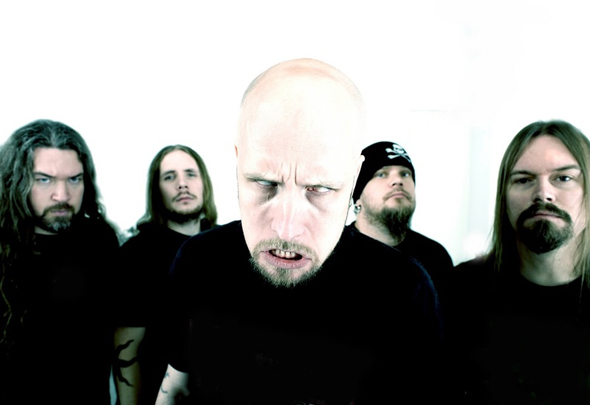 On February 11, 2009, Dino Cuneo of Road Crew Magazine conducted an interview with drummer Tomas Haake of Swedish experimental extreme metallers MESHUGGAH prior to the band’s performance at the Gothic Theatre in Denver, Colorado. Watch the 30-minute chat below.

MESHUGGAH and the support band on the band’s just-completed North American trek, CYNIC, opened the tour video player to their fans, and called on them to send in pictures and footage (camera phone or otherwise) from the shows, documenting their own (fan) experience of the tour.

Released in March 2008, MESHUGGAH’s “obZen” album debuted at No. 59 on The Billboard 200 chart and at No. 14 on the iTunes Top Rock Albums chart. “obZen” has sold more than 50,000 copies in the United States, according to Nielsen SoundScan.