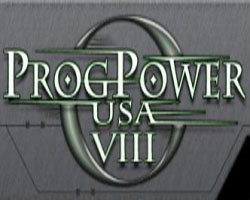 “ProgPower USA is definitely one of the better organized festivals we have attended and was a highlight on our first U.S. tour. We feel honored to have been invited again, and will prepare something special for the event, as this is the one and only chance for our US-fans to see us live in their country,” comments THERION’s Christofer Johnsson.

ARCTURUS vocalist ICS Vortex (real name Simen Hestnæs) adds, “ProgPower USA 2011 will host the first ARCTURUS concert in five years. This is our first performance in the United States, and since we’re all retarded, probably the last.”