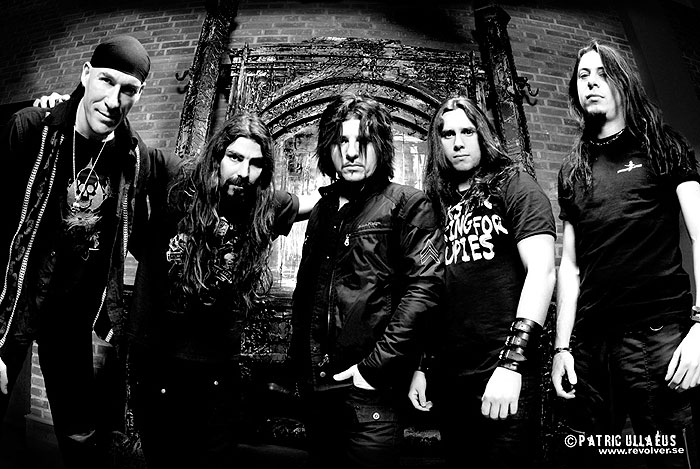 Vocalist Apollo Papathanasio of Greek melodic metallers FIREWIND has been forced to miss the band’s imminent European tour due to family issues. Apollo will be back with FIREWIND for the group’s North American “Frets Of Fury” tour in October. Apollo’s replacement for the European “Defiance Over Europe” shows is the acclaimed Swedish vocalist Mats Levén (KRUX, YNGWIE MALMSTEEN, THERION, TREAT, ADAGIO, AT VANCE).

FIREWIND’s European tour kicks off on September 9 in the U.K. and will include dates in The Netherlands, Belgium, Germany, Austria, Italy and France, with support coming from Swedish metallers WOLF.

FIREWIND’s latest album, “Days Of Defiance”, landed at position No. 53 on the Top New Artist Albums (Heatseekers) chart, which lists the best-selling albums by new and developing artists, defined as those who have never appeared in the Top 100 of The Billboard 200.

“Days Of Defiance” was released in North America on October 26, 2010 (one day earlier internationally) via Century Media Records. The CD’s striking cover artwork was designed by the band’s longtime partner in all design matters, Gustavo Sazes.