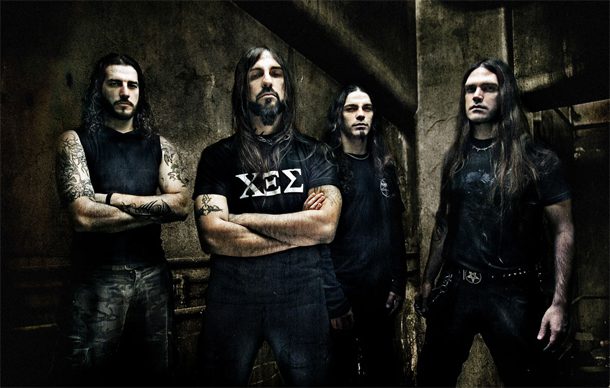 Greek extreme metal veterans ROTTING CHRIST have set “Do What Thou Wilt” as the title of their eleventh full-length studio album, due on March 1, 2013 via Season Of Mist. The band spent more than four months atDeva Soundz studios in Athens crafting what it says “may be its darkest and more mystical and occult outcome ever.” The CD was mixed by Jens Borgen (AMON AMARTH, PARADISE LOST, KATATONIA, OPETH) at Fascination Street Studios in Örebro, Sweden.

In a recent interview with RockOverdose.gr, ROTTING CHRIST mainmanSakis Tolis stated about the band’s new CD, “The album was recorded entirely by me, except, of course, the drums which were taken care of by my brother.”

ROTTING CHRIST‘s last album, “Aealo”, came out in March 2010. The CD sold around 400 copies in the United States in its first week of release. The CD landed at position No. 144 on the Top New Artist Albums (Heatseekers) chart, which lists the best-selling albums by new and developing artists, defined as those who have never appeared in the Top 100 of The Billboard 200.