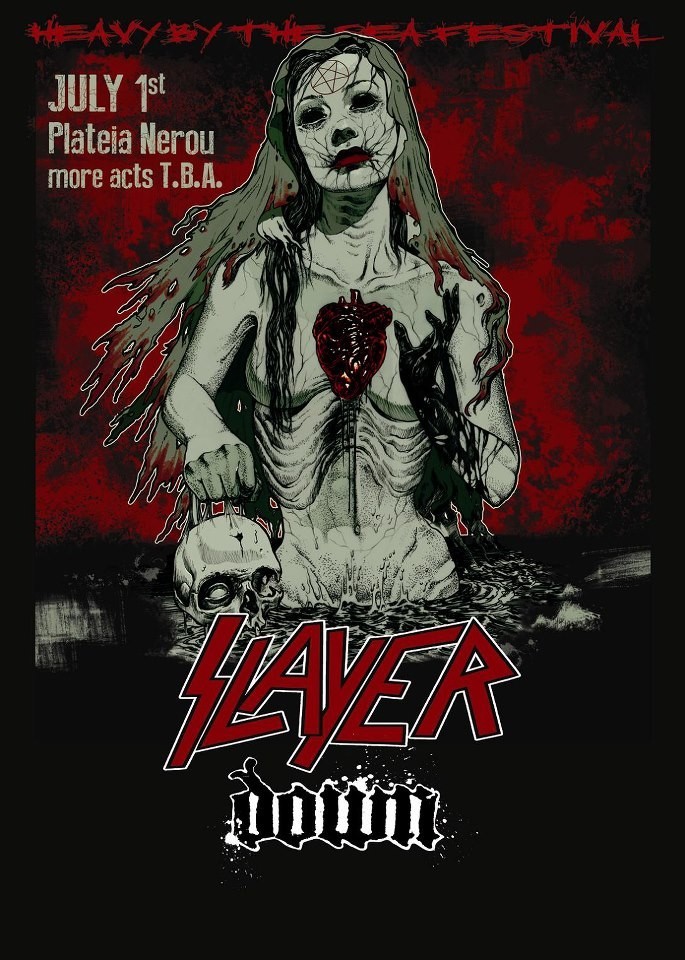 HEAVY BY THE SEA FESTIVAL

The line-up of Heavy By The Sea Festival, the greatest metal event of the year is finally complete. Napalm Death is the name that comes to complete the impressive program of July 1st. The legendary British band that created the grind/death sound and changed the metal history returns in front of the Greek crowd that has reserved for them unforgettable, sold out experiences.

INFOS ABOUT THE TICKETS

The 30 euros tickets are sold out. The only available tickets cost 35 euros.

40 euros to the cashier of Plateia Nerou, the day of the concert.

——————————————
July 1st is the most important date of the year for the metal fans of Greece. It is the day of Heavy By The Sea, the new big extreme sound festival, that will take place at Plateia Nerou, the best summer concert venue of the city.

In the already known names of giants Slayer and Down, another two impressive names are added: Rotting Christ and Kvelertak.

Rotting Christ, the great Greek metal band with its huge course worldwide and its two decades career, will appear on the stage of Heavy By The Sea for their first concert in Athens this year. They will present their new album “Kata to Daimona Eautou”, which was released on March 1st, as well as tracks from their great back catalogue.

Kvelertak return to Athens after their successful first appearance with Megadeth. They now belong to the famous Roadrunner Records, under which they just released their second album “Meir”. The crazy Norwegians with the unique sound and the fascinating live shows are one of the hottest names of the extreme sound and nothing seems to be able to stop them.