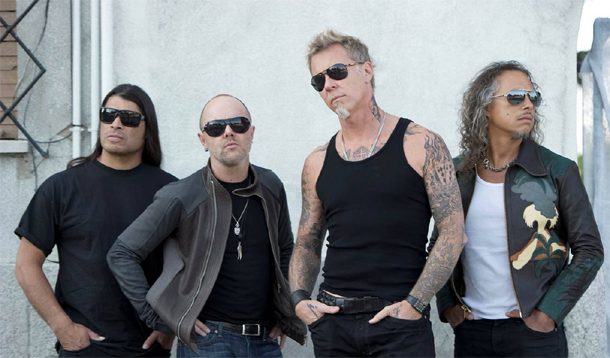 METALLICA will play its only European show this summer at Roskilde Festival, set to take place June 29 – July 7 in Roskilde, Denmark.

The giants take a short break from the studio to visit Roskilde for the first time in 10 years.

It was not in the cards that the undisputed kings of metal were going to Europe at all this summer. But late in the game, the organizers managed to secure a single show with the band that visited Roskilde 10 years ago, teaching the attendees a lesson in thrash metal that made traffic around the festival come to a standstill.

“We listen to our audience, and this year they have been shouting for a large name to complete our high-quality, forward-thinking, broad music program,” says Roskilde director of Music & Creation Rikke Øxner. “Very few names of this kind are on tour, so we have had to think outside the box and are obviously thrilled to welcome back Lars Ulrich and his crew much earlier than expected.”

METALLICA played its first Roskilde show in 1986, the year the band’s Copenhagen-recorded “Master Of Puppets” album was released.

METALLICA fans can next see the band headlining their own festival,Orion Music + More, on June 8-9 in Detroit, and then wait for the September 27 release of “Metallica Through The Never”, an IMAX 3D feature film that combines concert footage with a fictional narrative.