GENE SIMMONS On KISS: ‘We Probably Have Another 5 To 10 Years At The Most’ 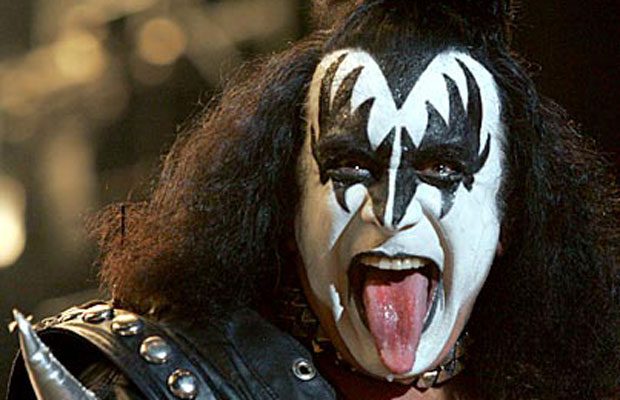 KISS bassist/vocalist Gene Simmons made an appearance at the Hard Rock Cafe in Stockholm, Sweden yesterday (Saturday, June 1) prior to the opening concert of the band’s European tour. He also gave an interview to Expressen TV in which he spoke about the day when it will finally be time for KISS to retire.

“One day it will end,” Simmons explained. “And I hope on the day that we end, we end on a high note instead of going down. You don’t wanna stay one day longer than when it’s great; you wanna be great ’till the end.” Asked how long he gives the band before it will be time to call it quits for good, Simmons said: “We probably have another 5 to 10 years at the most.”

Back in June 2008, KISS guitarist/vocalist Paul Stanley issued a statement in order to “set the record straight” regarding the possibility ofKISS continuing with all-new members long after he and Simmons decide to take off the make-up for good. “If we were to do a ‘KISS II,’ and I don’t rule that out, it would be in addition to, and never in place of, KISS,” he said. “If we were to do it, I know it would be done in a groundbreaking way and would be tremendously entertaining. KISS has always defined itself by the rules we break, so what’s the big surprise?”

In a 2009 interview, Stanley was asked about fans being upset that guitarist Tommy Thayer and drummer Eric Singer have been sporting the costumes previously worn by Ace Frehley and Peter Criss.

Stanley explained, “That there are people who take issue with it is all well and good,” he said. “To say the vast majority don’t agree would be an understatement. The fact is, there are four iconic figures that are whatKISS is. To change that because someone is no longer in the band cheats me, because I busted my butt for 35 years making this what it is. So why would I let somebody deny me and the majority of the fans what they expect? That’s what we owe to people; the representation and embodiment of what KISS has been since the beginning.”

Stanley added that if he left the group, he wouldn’t be upset if someone took on his persona. He explained, “I would hope it would happen. It would only affirm that the band is bigger than any of us. That the band is about an ideal, about a point of view, about a way to deliver a show, about a philosophy that puts the fans first. I’m not delusional enough to think I couldn’t be replaced.”