ANTHRAX Guitarist: ‘It’s An Honor And Privilege To Get To Work With JOEY BELLADONNA Every Day’ 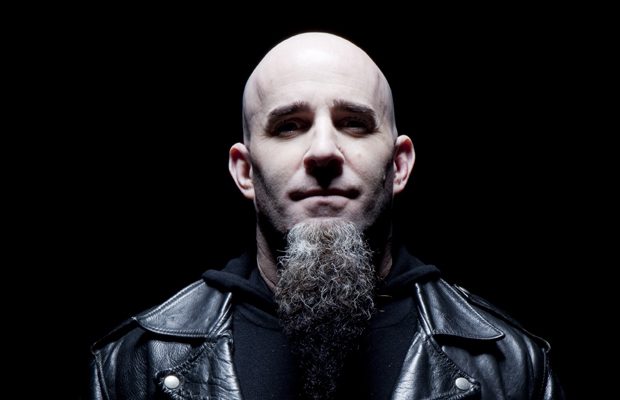 The National Student recently conducted an interview with ANTHRAX guitarist Scott Ian. A couple of excerpts from the chat follow below.

The National Student: Taking a step back to the late ’80s, you were, and still are, known for your wide taste in music, especially in hip hop. Do you think the backlash in the collaboration you did with PUBLIC ENEMY helped to form any of the nu-metal music today? Can it still be seen in the industry?

Scott: You know, people ask us, do we think we created certain genres of music that the press named after we did what we did with PUBLIC ENEMY. I never thought we invented it. It certainly opened a door, even just a window for people to jump out of. I truly believe that RAGE AGAINST THE MACHINE were the band that drove a train through that door; they took the influences in their individuals and came together to make a band out of it. Whereas with us and PUBLIC ENEMY, it’s not likeANTHRAX became a rap group and it’s not like PUBLIC ENEMY became a metal group, we just collaborated together and did something great. We didn’t then become one unit and continue to make music like that. Whereas, RAGE AGAINST were that unit and this is the music that they were creating from their souls which blew up massively on a worldwide level. So I think if anything, whether or not they’d want the credit for it, it’s definitely RAGE AGAINST THE MACHINE for me that created rap metal, nu-metal, whatever you want to call it. Everything that came after them showed that a direct line had to go back to RAGE. The only thing I can personally take credit for is, there have been guys in bands that have come up to me and personally told me the influence that we bring to them specifically some of the dudes from LINKIN PARK told me years and years ago that the first concert they ever saw was ANTHRAX and PUBLIC ENEMY in Los Angeles. And they left that show saying that’s the kind of band we want me to make. I know the guys in RAGE AGAINST THE MACHINE and I know Tom [Morello, guitar] and he was a fan of ours andPUBLIC ENEMY‘s and what we did. I’m not saying “Bring The Noise” was a direct responsibility for RAGE, but I know that it’s something they are certainly fans of.

The National Student: Within ANTHRAX, do you have a favorite bandmember to work with? Is there anyone you think brings the most to the band with you?

Scott: Joey [Belladonna, vocals], for sure. I think he kind of proved it, coming back to the band after all these years and singing on his first record with us at 21 years old and giving a performance above and beyond anything I’ve ever heard in my life. For me, it’s an honor and privilege to get to work with that guy every day. He’s only got better with age, and for singers, that’s a really, really hard thing to do to maintain that muscle and be able to do that on a level that you were able to do in your twenties. Joey is better now than he was 25 years ago, and how that happens, I have no idea, but I’m just happy to be there and be part of it.

The National Student: Students who want to be like ANTHRAX or trying to break into music. What would be your top advice to them?

Scott: The business has changed so much now as compared to when we started. I wouldn’t be able to give advice on a band as to how to do it, because I don’t even know how the music business even works anymore. The only advice I can give on a creative level, whatever music you love and whatever you love to play as a musician and song writer, that’s what you have to do and don’t ever listen to what anyone else has to say as to what you have to play or what’s trendy because that’s what we did. We only ever played the music that we wanted to play against everything at the time. If we had listened to what people were saying to us in 1981, we’d have just been a VAN HALEN cover band. We only ever cared about the music we wanted to play so stayed focused and on that path and never ever strayed from that. Now I’m not saying that just because if you play the music you want to play, that you’re gonna make it, but at least you’re doing what you want to do and that will make you happy. That’s the only reason why I’ve ever done this; it makes me happy.

Read the entire interview from The National Student.