SLIPKNOT’s CLOWN: ‘All I Care About Is Playing With My Brothers’ 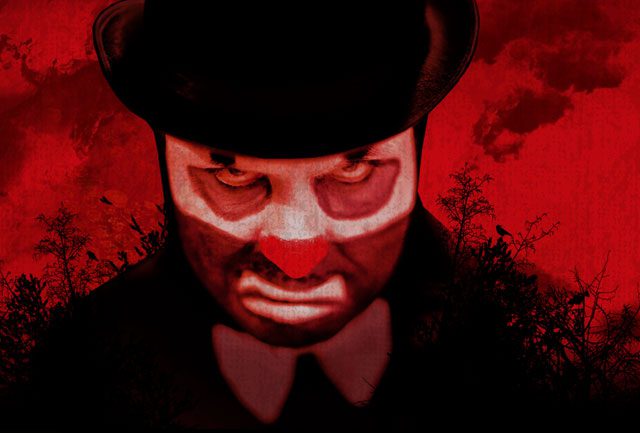 The Kerrang! podcast conducted an interview with SLIPKNOT mastermind/percussionist M. Shawn “Clown” Crahan at this year’s Download festival, which is taking place June 14-16 at Donington Park in Leicestershire, United Kingdom. You can now watch the chat below.

Asked what it feels like to headline Download festival for the first time since the death of SLIPKNOT bassist Paul Gray, Crahan said: “We take tonight as seriously as we did as the Astoria [in London] the first time we came over [to the U.K.]. It’s always been our way, it always will be our way.”

“We haven’t written an album in five years because we wrote one, we toured it for two years, and Paul died, and it’s been three years. What do you want from me? Nothing. When I come back, when we come back, it will be time, you will understand, we will understand, and it will be right. We’ll be the first band that could be off for five years and come back like we never were gone. So that’s what it’s all about.”

For a long time, SLIPKNOT singer Corey Taylor seemed the most hesitant to get back into the studio and make a new album following the 2010 death of bassist Paul Gray. But with three years having passed since Gray‘s death, and with Taylor making three albums with STONE SOURsince then, the singer told The Pulse Of Radio that he thinks 2014 will finally be the year of the KNOT. “I know everybody is pretty keen on getting together and seeing what happens next year, so I mean, if it takes us a year to write an album, so be it,” he said. “The main goal is to just get us in the room and just see what happens, you know. If we can get past that first day, I think it’ll come together. Now that we’re all kind of in better places in our lives and whatnot, it’s making it a little easier to be excited about it again. It’s just starting to feel like it’s time.”

SLIPKNOT has performed live over the past two years but has not recorded a new album since 2008’s “All Hope Is Gone”.