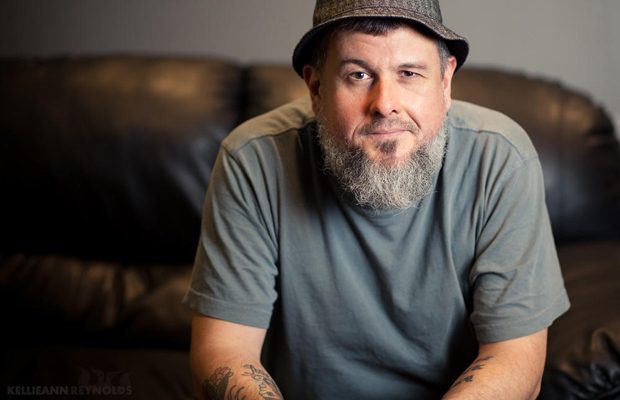 Drummer Jean-Paul Gaster of Maryland rockers CLUTCH has uploaded a new video update from the band’s current European tour. Check it out below.

Says Gaster: “The European tour is going great. Over here, I play my silver sparkle GMS drum kit. I purchased this kit just in time to take on tour to support SEPULTURA on the U.S. leg of their ‘Chaos A.D.’ tour. Since then, I’ve played about 1600 shows on these drums. They have also appear on our self-titled album, ‘Elephant Riders’, ‘Pure Rock Fury’ and ‘Blast Tyrant’. The shells are 8 maple with 45 degree edges. The tone is boomy and has good deal of thuddy attack. The entire kit now resides in the U.K. Before these drums arrived in the U.K., I had to rely on rental gear. It’s a great feeling to get to the first gig of a European tour and pull these trusty old drums out of their cases. They sound great even if they have been sitting for months untouched.”

Released via CLUTCH‘s own Weathermaker Music label, “Earth Rocker”entered the German Media Control chart at No. 71. In the U.K., the CD landed at No. 50 on the regular chart, No. 3 on the Rock/Metal Albums chart and No. 11 on the Independent Albums chart.

Produced by Machine (LAMB OF GOD, FOUR YEAR STRONG, FALL OUT BOY) at the Machine Shop studio in Belleville, New Jersey, “Earth Rocker” was described by CLUTCH vocalist Neil Fallon in a recent interview with DCHeavyMetal.com as “probably faster than most of our recent albums. Maybe compared to some other bands, it’s not the fastest thing on planet Earth. For us it was definitely a step up in the tempo. And I think the other thing that kind of stands out about this one is the blues influences that we’ve been flirting with over the past couple records is more or less absent in this record, which didn’t really happen intentionally until we looked back at it. As a whole, it’s just much more of a straight-up rock and roll record.”

The artwork for “Earth Rocker” was created by Nick Lakiotes, longtime CLUTCH art director, who has worked on previous efforts, including“Robot Hive/Exodus” and “Strange Cousins From The West”.