WATAIN: ‘All That May Bleed’ Lyric Video Released 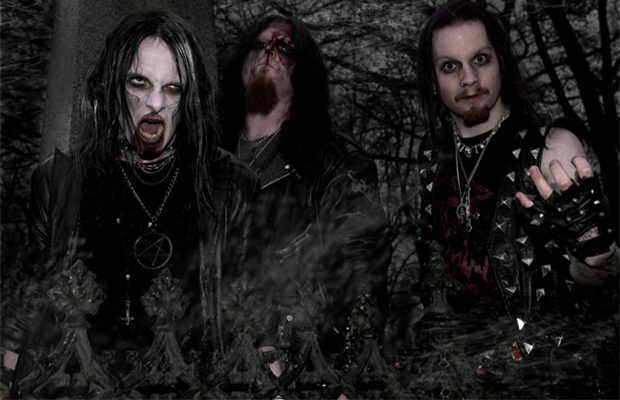 The official lyric video for the song “All That May Bleed” from Swedish black metallers WATAIN can be seen below. The track comes off the band’s new album, “The Wild Hunt”, which will be released on August 19 in Europe and August 20 in USA via Century Media Records. The CD was once again mixed at the Necromorbus Studio in Alvik, Sweden by Tore Stjerna.

The “All That May Bleed” CD single will precede the full-length effort at the end of June.

Comments WATAIN: “‘All That May Bleed’ shows but one facet of a quite diverse album, but we chose this song as a first glimpse into ‘The Wild Hunt’ because of its bombastic lunacy and white-eyed malevolence which could be said to constitute a main foundation for the album. The lyric is an invitation to sacrificial blood letting, ecstatic zealotry and human sacrifice. The salt of Satan in the wounds of Christ!”

Side B will be a track called “Play With The Devil”, originally recorded by the black/heavy metal band TAIWAZ in 1988 in WATAIN‘s hometown, Uppsala (Gottfrid Åhman from IN SOLITUDE participates on solo guitar on WATAIN‘s version).

The single will be released in the following formats:

“All That May Bleed” physical release dates:

“All That May Bleed” digital release dates:

* Germany, Austria, Switzerland, Finland, Norway, Italy, Australia, New Zealand: Friday, June 21
* UK: Sunday, June 23
* USA, Spain: Tuesday, June 25
* Sweden, Hungary: Wednesday, June 26
* Rest Of Europe: Monday, June 24
\Executed in oil and mixed materials, the cover of “The Wild Hunt” was created by Zbigniew M Bielak, the very same artist who was responsible for the “Lawless Darkness” artwork. The piece depicts one of the inmost shrines of WATAIN‘s temple. As on every classic still life, each object has a significant meaning, while each song of the album is also connected to an object.