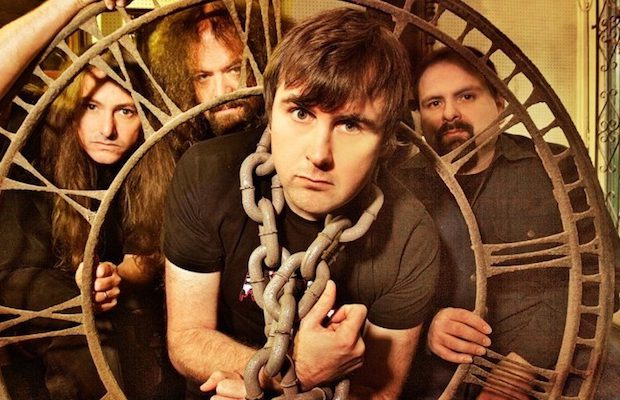 Mark “Barney” Greenway of British grindcore pioneers NAPALM DEATH joined Danish metal rock ‘n’ rollers VOLBEAT on stage on June 23 at the Hellfest in Clisson, France to perform the VOLBEAT track “Evelyn”. Fan-filmed video footage of his appearance can be seen below.

In April 2011 interview with Straight.com, VOLBEAT vocalist/guitaristMichael Poulsen spoke about Barney‘s appearance on the studio version of “Evelyn”, which appears on the band’s fourth album, “Beyond Hell/Above Heaven”.

“Writing a song like ‘Evelyn’ was my way of showing people that it was not only the ’50s elements we were inspired by, but we were actually growing up with a lot of great metal bands,” Michael said. “And NAPALM DEATH was one of the first extreme metal bands I was listening to — I was listening to them when I bought my first guitar. So being able to have a singer like Barney from NAPALM DEATH on my record was a real accomplishment. It’s great to see that it’s actually possible for dreams to come true, in a way.”

VOLBEAT will take part in this summer’s Monster Energy’s Rock Allegiance Tour alongside HIM, ALL THAT REMAINS and AIRBOURNE.

VOLBEAT‘s fifth studio album, “Outlaw Gentlemen & Shady Ladies”, sold 39,000 copies in the United States in its first week of release to land at position No. 9 on The Billboard 200 chart. The record arrived in stores on April 9 via Universal Republic