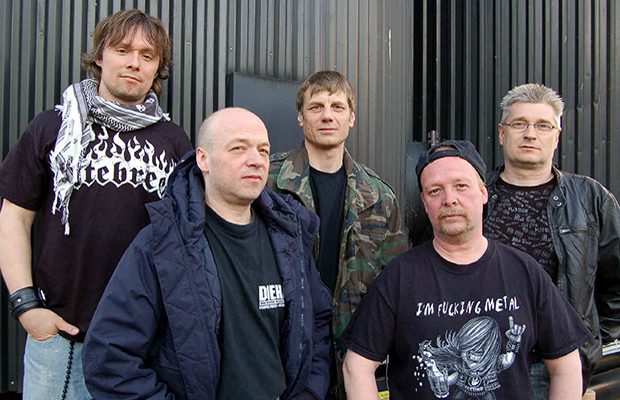 Danish thrash metal veterans ARTILLERY have inked a deal with Metal Blade Records. The band’s new album has already been recorded and in the process of being mixed and mastered. The CD was tracked at Medley Studios in Copenhagen with producer Søren Andersen and will include such songs as “Anno Requirem”, “Dies Irae”, “Define Your Sins” and“Wardrum Heartbeat”. A late 2013 release is expected.

Comments ARTILLERY on the signing: “ARTILLERY is very proud to have signed with legendary Metal Blade Records!

“Metal Blade is the company who released METALLICA‘s first song,SLAYER‘s and TROUBLE‘s debut records and who in their lineup have our fellow Danes MERCYFUL FATE/KING DIAMOND signed. With their over 30 years of experience in the business, this is a big step forward forARTILLERY.

“We can’t wait to have our new album released on Metal Blade, and we are looking forward to promote it with our first American tour ever. We also want to thank Metal Mind and Agnieszka for the last 5 years!”

Fan-filmed video footage of ARTILLERY‘s May 19 performance in Prague, Czech Republic can be seen below.