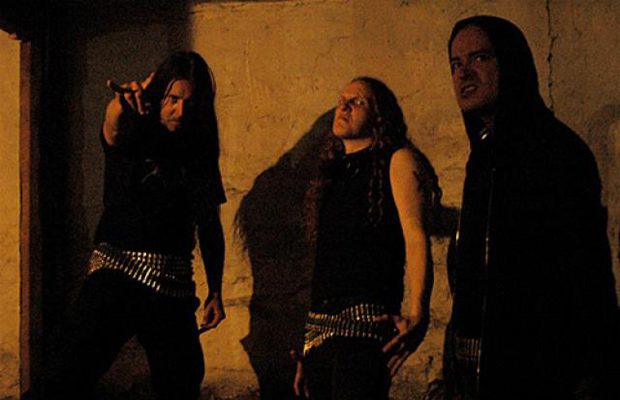 Fan-filmed video footage of Norwegian black/thrash butchers AURA NOIRperforming a cover version of the SLAYER classic “Fight ‘Till Death” as a tribute to late SLAYER guitarist Jeff Hanneman at this year’s Hellfest, which was held June 21-23 in Clisson, France, can be seen below.

AURA NOIR‘s fifth full-length album, “Out To Die”, was released in March 2012 via Norway’s Indie Recordings.

“Out To Die” marked the return of guitarist Rune Eriksen (a.k.a. ex-MAYHEM guitarist/songwriter Blasphemer), who resides in Portugal and previously led his own band AVA INFERI. Eriksen made several trips back to Norway to work on the new AURA NOIR songs with Aggressorand Apollyon (guitar, bass, vocals, drums; also bassist in IMMORTAL).