THE HAUNTED Guitarist: ‘The New Stuff Is Definitely Going To Be Heavy And Fast’ 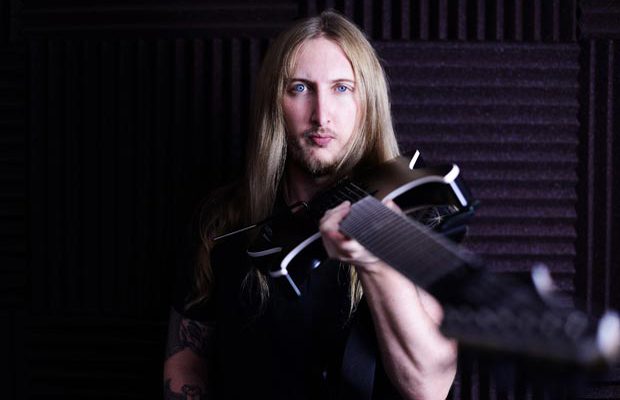 David E. Gehlke of DeadRhetoric.com recently conducted an interview with new THE HAUNTED guitarist Ola Englund (also of SIX FEET UNDERand FEARED). A few excepts from the chat follow below.

On joining THE HAUNTED:

Ola: “[Patrik] Jensen [guitar] gave me a call after he’s been watching a lot of my videos, really. Started talking about gear and stuff and he eventually popped the question. I didn’t know any one of the guys from before. I’ve been knowing this for almost six months and it’s hard to keep it in, for sure, especially when you’re so excited about something. But we kept our cool, which definitely gave the unveiling a lot more impact.”

On new THE HAUNTED material:

Ola: “The new stuff is definitely going to be heavy and fast. That goes without saying now that Marco [Aro, vocals] is back, really. Also, I think it’s a healthy direction for the band to strive towards. I’m personally a fan of all THE HAUNTED albums but I’ve always been a straight-up ’90s metal guy. That just appeals more to me.”

On the band’s tour plans:

Ola: “THE HAUNTED is not going to be a touring band right now, but we’re not saying we’re NOT going to tour ever. For now we’re going to play festivals, one-off gigs here and there. So yeah, we’re going to focus on the album and our other stuff. I wouldn’t mind touring, though. I like to keep myself busy.”

To read the rest of the interview, go to DeadRhetoric.com.