ORPHANED LAND: ‘All Is One’ Video Released 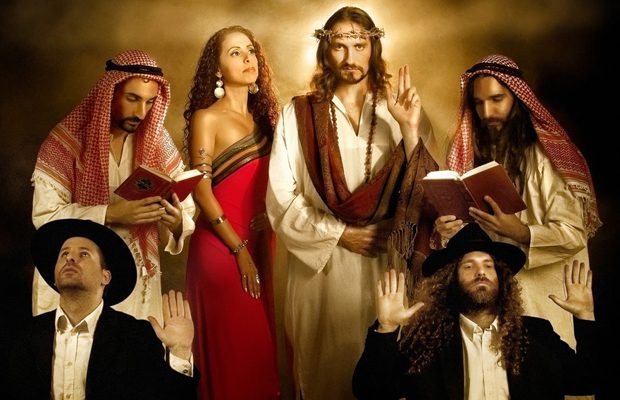 “All Is One”, the Shahar Hamo-directed video for the title track from the sixth full-length album from Israeli progressive folk metal mastersORPHANED LAND, can be seen below.

“All Is One” was released in North America on June 25 (one day earlier internationally) via Century Media Records. The cover artwork for the follow-up to 2010’s “The Never Ending Way Of ORwarriOR” was created by the French artist Metastazis (PARADISE LOST, AS I LAY DYING,SONNE ADAM, WATAIN) by perfectly incorporating the three biggest religious symbols into one piece of art.

The limited-edition version of “All Is One” contains a very special bonus DVD with some very exclusive music clips and an interesting documentary about the genesis and recording of the album.

ORPHANED LAND‘s new effort is the band’s first to feature guitarist Chen Balbus following the departure of Matty Svatizky in June 2012 due to “personal” and “professional” issues.

“All Is One” was mixed by Jens Bogren (JAMES LABRIE, DEVIN TOWNSEND PROJECT, OPETH) and was recorded in three different countries: Israel, Turkey and Sweden. Ironically, these countries are Jewish, Muslim and Christian, respectively, which strengthens theORPHANED LAND message of unity through music. Over 40 musicians were used to flesh out the sound of “All Is One”, including 25 choir singers and eight classical violin, viola and cello players from Turkey.