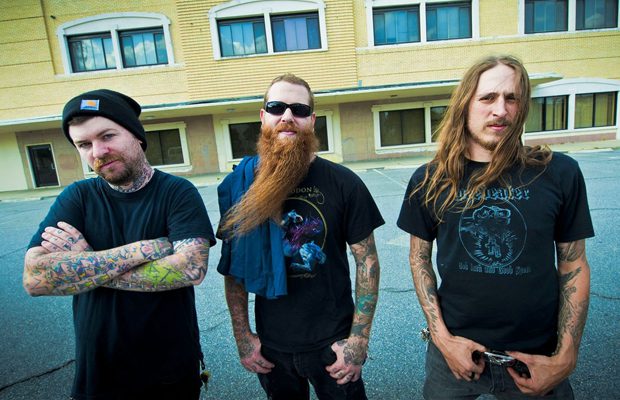 “Truth Untold”BLACK TUSK, can be seen below. The clip was directed by Brad KremerTytan Creates
Commented BLACK TUSK James MayTytan
“Truth Untold”BLACK TUSK’s new EP, “Tend No Wounds”, which was released on July 23 via Relapse Records. The disc was recorded with producer Phillip Cope (KYLESA, BARONESS) at the Jam Room in Columbia, South Carolina. The artwork was created by Brian Mercer(EYEHATEGOD, LAMB OF GOD, ZOROASTER).

“Tend No Wounds” is a six-song, 20-minute blast of high-octane, raging Southern rock/metal that merges the classic original backwoods metallic hardcore BLACK TUSK sound with the newer more polished rock based tunes the band has honed after years on the road on the road with bands like BARONESS, SKELETONWITCH, MASTODON and KVELERTAK.

BLACK TUSK will play a select number of regional dates in support of <b”tend no=”” wounds”<=”” b=””>. These dates start July 24 in Augusta, Georgia and run through July 27 in Memphis, Tennessee.

BLACK TUSK will return to Europe this autumn. Supported at all shows will come from FIGHT AMP.