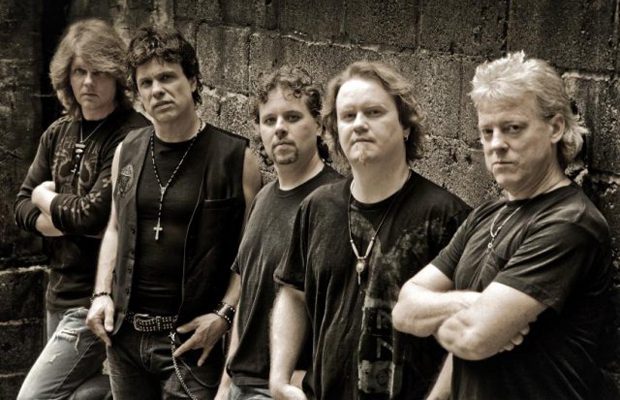 SHADOW GALLERY‘s performance at this year’s edition of the ProgPower Europe festival — which is scheduled to take place October 4-6 at JC Sjiwa in Baarlo, Netherlands — will be professionally filmed by eight cameras for a future DVD release.

Comment the festival organizers: “We are extremely excited about a new milestone in the history of ProgPower Europe. The performance of SHADOW GALLERY on Friday evening October 4 will be recorded. The show will be filmed by eight cameras with the intention to officially release as a DVD some day in the future.

“To make this all happen, some improvements have been made inside the venue JC Sjiwa. We will rent stage barriers to give two cameramen enough space between the stage and the crowd. Different sizes of drum and keyboard risers will be rented as well, to make it visually attractive. Our own sound guy Niels, who is also the permanent sound guy of Dutch band DEWOLFF, will take care of the sound. He invited the permanent light engineer of DEWOLFF to take care of the lights during this show.

“As you can see, we try to do everything possible to make this an evening we will never forget, with hopefully an official DVD release someday in the near future.”

Adds SHADOW GALLERY‘s Gary Wehrkamp: “The band captured some of our last tour, and will do the same again at ProgPower Europe so we can share the show.

“Our setlist has a changed a bit and we are excited to throw in some new songs, including some exclusive tunes for ProgPower Europe.

“Join the party and come out to the show. Maybe you will be in the video!” For more information on ProgPower Europe, visit ProgPowerEurope.com.