KREATOR’s MILLE: ‘We Sing About War, Death And Destruction, But We Always Try To Make It Complicated’ 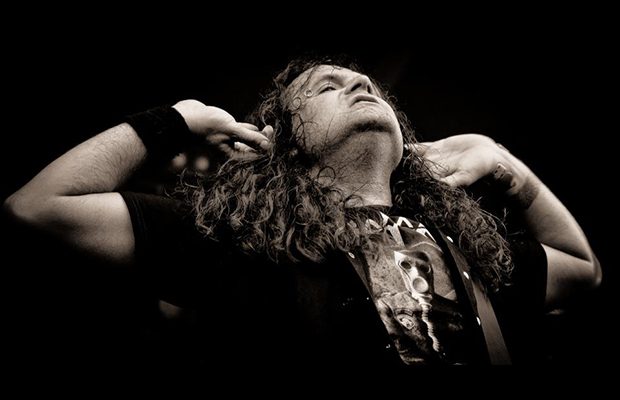 Tom Murphy of Denver Westword recently conducted an interview with guitarist/vocalist Mille Petrozza of German thrash metal veterans KREATOR. A couple of excerpts from the chat follow below.

Denver Westword: Obviously, KREATOR has explored many different styles and sounds during the course of its existence. You did something a little different in the ’90s and went a different direction in the last decade. What do you think you did for “Phantom Antichrist” that you feel has been different from what you’ve done before?

Mille: I think for “Phantom Antichrist”, we combined all the styles you just mentioned. We started as a young band with teenage angst, I guess, then we did that early death-metal stuff, and then we did that “Coma Souls”-era [stuff] through the ’90s. Then for our album in 2001, “Violent Revolution”, we came up with a style that fit the new millennium. Even on“Phantom Antichrist”, we took all of that to another level. I wouldn’t want to say it’s a “mature” album, but it has the energy without being too all over the place. It’s 100 percent KREATOR — that’s all I have to say.

Denver Westword: War, destruction and the end of the world seem to be recurring themes across all of your albums. Why have those been such a rich source of inspiration for you?

Mille: It’s basically what we do. We’ve always done it, and we’ve stuck with it. It’s not that there’s nothing else to write about. Some of the lyrics are personal, but you can’t really figure it out unless you take the time to check the lyrics. On the last album there is a song called “Flood Into Fire” which is not about death or destruction. It’s a more personal song. But if you were to ask me the story behind the song, I couldn’t even tell you. It’s just a certain emotion about loyalty, friendship and whatever. We sing about war, death and destruction, but we always try to make it complicated. We try to put a positive message in there. When things are really, really bad, there can always be a way out of them. For me, the music of KREATOR represents that.

Denver Westword: In the ’90s, you experimented more overtly with loops and atmospheres. What did you get out of that period, and have you incorporated it since then?

Mille: We don’t do that anymore. You know, the thing is, on one record we tried it, and we went so far into it that in order to make the songs sound right on stage, we had to play to a click in a live situation. That, to me, is not what KREATOR is all about. So the loops and the industrial elements were out. I love that style and that way of writing stuff, but KREATOR is pure metal, and we don’t like to use a click track in a live situation. It didn’t work.

Denver Westword: How did you meet Sami Yli-Sirniö, and how would you say he complements what you do in the band?

Mille: Sami was living in Germany for a while, and he helped us out at one point, when our old guitar player was sick and couldn’t play a couple of shows. So Sami filled in, and when we got rid of the other guy, we felt that Sami would be the perfect fit. We were friends, and he helps me a lot when it comes to writing. I come up with the riffs, and I come up with all of the melodies, but he’s the best musician in the band. I would definitely say that. He gives the whole KREATOR-raw-thrash thing a very unique taste, if you know what I mean. He sounds like no one else, and he puts his stamp on the guitar, and he comes up with little things that turn a good song into a great song. That’s Sami‘s contribution to the band.