SAMMY HAGAR On Split With VAN HALEN: ‘I Was Stabbed In The Back And Left For Dead’ 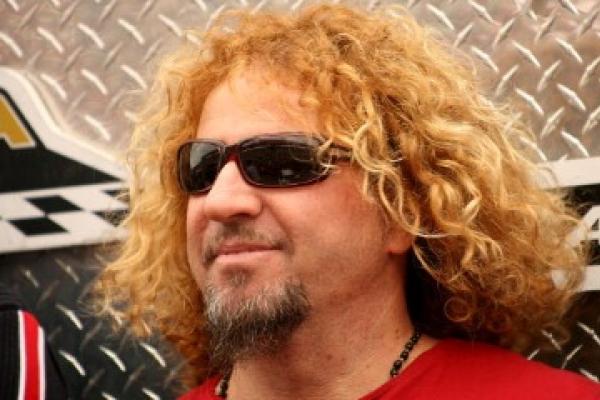 “I think Alex and I are probably still good friends. Eddie and I, we hit a real hard bump in the road. It’s kind of like a relationship with a partner and things go so wrong that you just don’t feel like you can ever let that go. But we’ll see. ‘Cause I think I can let anything go. I don’t know if Eddie can let anything go; maybe he can. But right now, there’s a lot of resentment built up. It’s almost like there’s so much anger that I don’t wanna even run into him.”

“It got real ugly.

“Unfortunately, when I wrote my book, I had to say it all, because in my whole life, what do I do? I go through life and I run into fans. ‘Oh, man, I loved you in VAN HALEN. You were the best guy.’ Of course they tell me I was the best guy in VAN HALEN and they tell the other guy he was the best guy. But the truth of the matter is, they would say, ‘Why can’t you andEddie get…? Man, you guys…’ And I’m going, ‘You don’t understand.’ So when I wrote my book, I wanted to clarify that; I just wanted to throw that out the window. Don’t ever ask me again why I’m not in VAN HALEN. I was thrown out, I was stabbed in the back and left for dead. And you just can’t go back and hug and kiss those kind of people that do that to you. So I wrote about it in my book. And now that I really wrote about it in the book, I don’t thinkEddie would ever look me in the eye and shake hands and no hugs and kisses. But Alex knows it’s all true and he knows it was all… Well, he knows what happened. He was a bystander who stood by his brother, and I love ’em both.”

He added: “I still love Eddie Van Halen with all of my heart and I wish him nothing but good health and hopefully he gets himself together. But he put me through some miserable stuff that one human being should not do that to another human being. And it’s not like I didn’t have a choice. I had a choice; I could have split in the middle of that tour, but when I did, I was threatened to be sued for so much money that it was, like… ‘I’m gonna stick it out.’ And sticking it out through those situations [meant] I had to get my own airplane, [we] couldn’t fly on the same plane, he was in this dressing room in the arena, I was in the farthest one over there I could get. And it was, like, every night, sitting there and looking at the clock, it’s time to go on, Michael Anthony [then-VAN HALEN bassist] and I, and we’d hear Eddie‘s guitar. It was, like, ‘OK, he made it. Let’s go.’ We’d walk out on stage every night. [We’d] wait and make sure the guy could make it.

“But I love him; I really do love him. My friendship and the songs and the music we made makes up for all of that — if he would be willing to say, ‘Hey, let’s let it go.’

“But I’m not looking to get back [in VAN HALEN]. CHICKENFOOT is my band now.”

Hagar recently said that Eddie Van Halen isn’t as “fluent and versatile” as Sammy‘sCHICKENFOOT bandmate Joe Satriani. Hagar, who just released the star-studded collection,“Sammy Hagar & Friends”, took a swipe at Van Halen while downplaying his own guitar playing, telling Gibson.com, “In CHICKENFOOT and VAN HALEN, I just put the guitar on and got a big cheer always, and then I’d burn for a little bit and then take it back off before I ran out of chops, y’know? I rate myself as a guy that can play, and I can express myself extremely well but only in one language. I can only play blues-based guitar. And when a guy like Joesteps up there, he can play. Once he finishes with my repertoire, he can go into French, Spanish and Russian on the guitar! He’s just so versatile and fluent.”

Hagar pressed on, comparing Van Halen to Satriani, saying, “Eddie‘s not as fluent and versatile. Eddie‘s got a style for himself and he’s very much in that pocket, but Joe can play anything. He freaks me out.”

Hagar told The Pulse Of Radio that the split between him and Eddie Van Halen became apparent during the sessions for the band’s 1995 “Balance” album, which was his last full-length set with the band. “Eddie needs somebody to make decisions and a leader, y’know?” he said. “He’s not a natural born leader kind of guy. And his brother was always the leader before — or [David Lee] Roth was the leader before — and when Roth left, his brother and him bumped heads so much, when I walked in, it was like, ‘Well, what does Sam wanna do?’ y’know? So it became kind of like, yeah, I was making all the decisions, so then on ‘Balance’, all of a sudden he didn’t like my decisions, and it was, like, really weird.”