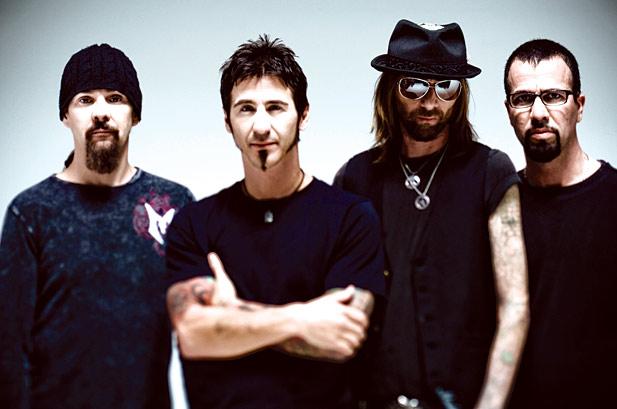 The members of GODSMACK have regrouped in Florida to begin writing material for their next album, tentatively due in early 2014.

GODSMACK took most of 2013 off. The band spent much of 2012 on the road, both with the Uproar festival tour and Mass Chaos trek, and frontman Sully Erna said that a break was in order. He explained to ARTISTdirect.com, “We’re going to take some time away now because we just ran for the last two years. It’s time for us to take a break and get away from the markets for a little bit so we don’t overplay them.”

GODSMACK‘s last studio effort, “The Oracle”, came out in 2010. The group issued a concert album in 2012 called “Live And Inspired”, which also featured newly recorded studio covers of some of the band’s favorite classic rock songs, including JOE WALSH‘s “Rocky Mountain Way”, METALLICA‘s “Nothing Else Matters”, THE BEATLES‘ “Come Together” and PINK FLOYD‘s “Time”.