ARAYA: ‘We’ve Never Had To Rely On Having A Hit Record’ 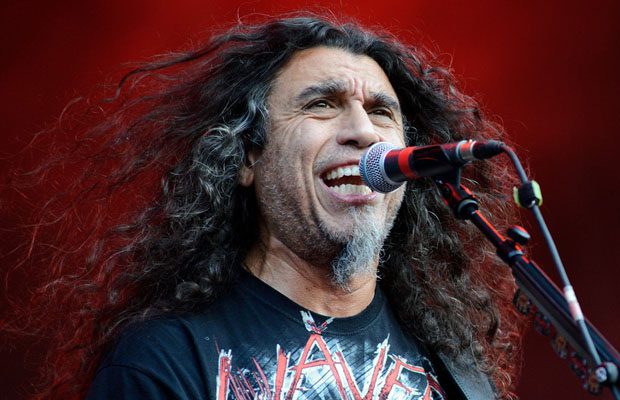 Michael Hamad of CTnow recently conducted an interview with SLAYER bassist/vocalist Tom Araya. A couple of excerpts from the chat follow below.

On the passing of SLAYER‘s founding guitarist Jeff Hanneman, who died of alcohol-related cirrhosis in May:

Tom: “I miss him dearly. I have to remind myself that I’m not going to see him. He’s not going to be a part of this anymore… Him not being a part of the band for the past two years: it was temporary, and now it’s permanent.”

On having the commercial route dangled in front of SLAYER over the years:

Tom: “When we had just got done recording [1994’s] ‘Divine Intervention’, they had a big meeting at the label, and one of the record reps brought that up: ‘You have a really great album here, but we could use a radio-friendly song.’ [Hanneman spoke up]: ‘You just got through saying we had a great record. You figure out what song you want on the radio and put it out there.’ After that, we never had any other meetings with A&R.”

“We do what we do, and we really enjoy it as a band. We figured that people are just going to have to learn to like SLAYER. In 30 years of existence, we’ve written some great songs and put out great albums, and we’ve never had to rely on having a hit record. We all just got together and wrote some songs, and if one got on the radio, great. If not, that’s fine too.”

On Hanneman‘s contributions to the next SLAYER album:

Tom: “Jeff would show up now and then. When we started working on ideas for a new album, it allowed him to see his potential to play… What we [ultimately] put on the album is another story, but Jeff was a big part of that, though not as much as I would have liked him to be. It was really rough on him. But we always got together and rehearsed, to see where he stood.”