ROBB FLYNN On Next MACHINE HEAD Album: ‘It Needs To Be A Timeless Album’ 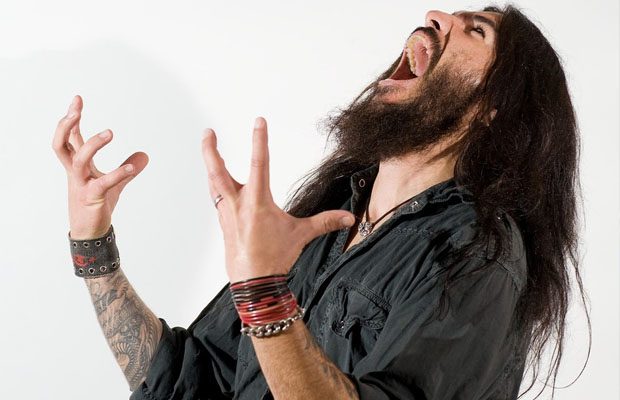 MACHINE HEAD frontman Robb Flynn‘s latest installment of his online blog, “The General Journals: Diary Of A Frontman… And Other Ramblings”, reads as follows:

“As you may have noticed, there aren’t any, ‘Hey, we’re in the recording studio’ updates happening. That’s because we’re not!

“A few journals ago, I said we’d hit the studio at end of October, and while we tried our damnedest to make that deadline, the fact is, we weren’t ready.

“We started writing in January of this year, but between the bassist auditions, teaching [new bassist] Jared [MacEachern] all the old tunes, rehearsing for headline dates, doing [Rockstar Energy Drink] Mayhem [Festival], getting Jared up to speed on the new tunes, and back into writing mode in September, we just didn’t have the songs yet. We probably only wrote music for 4 out of those 9 months. If we went in [back in October], it would have been rushed.

“This is an important record for us. With a new label, a new member, and this being the follow-up to ‘Unto The Locust’, all eyes are on us. This record cannot be rushed or hurried, it needs to be great. It needs to be classic MACHINE HEAD. It needs to be a timeless album.

“Our new label, Nuclear Blast, agreed and said, ‘Hey, if it comes out in April or August, who cares? In 5 years, they’re only going to remember if it’s great or not.’

“It was refreshing and we were grateful that’s how they felt.

“We are now going in the studio the first week of February 2014.

‘We already have 5 or 6 song demoed. Some are in more finished stages than others, so we’ll continue demoing through the New Year. Shit, who am I kidding? We’ll probably be demoing up until the day before we hit the studio, LOL!

“Thanks for the patience, my friends.”

Tentative songtitles set to appear on the next MACHINE HEAD CD include “Killers & Kings”, “Beneath The Silt”, “Ojos De La Muerte”, “Sail Into The Black” and “Night Of The Long Knives”.

MACHINE HEAD‘s most recent studio release, 2011’s “Unto The Locust”, entered The Billboard 200 chart at position No. 22 — putting them in the Top 25 for the first time in the band’s history. The CD was the follow-up to the 2007 metal milestone “The Blackening”, widely hailed as one of the finest metal albums of the last decade, which led the band to an extensive three-year tour, sharing the stage with such heavy hitters as SLIPKNOT and METALLICA.