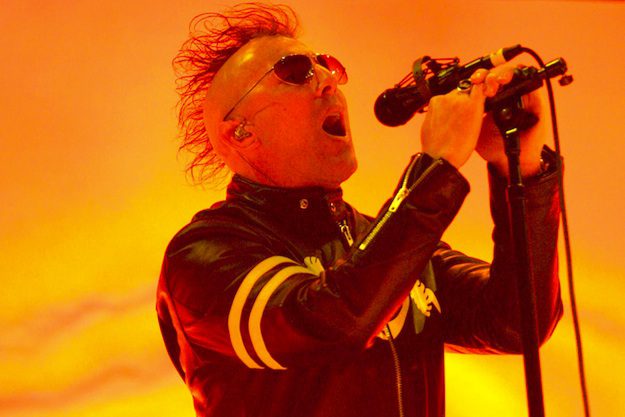 According to The Pulse Of Radio, TOOL, A PERFECT CIRCLE and PUSCIFER frontman Maynard James Keenan has mapped out his own 24-hour film festival in an interview with link textThe A.V. Club, saying it would include at least one cult classic, some weird arthouse fare and adding that it would have to include something starring Denzel Washington.

About his fixation with Washington, Keenan said, “I guess I’m a product of American living. Germans love David Hasselhoff and I just love Denzel Washington. I can’t explain it. It’s that guilty pleasure. It’s almost like when you’re a kid and you have your blanket. He’s my comfort blanket.”

Keenan cited the 1986 David Lynch classic “Blue Velvet” as a must for his festival, saying, “‘Blue Velvet’ was a game changer for me. It brought out some of the darker sides of my friends. They were more into ‘Porky’s’ and ‘Fast Times At Ridgemont High’, and then, all of a sudden, they discovered ‘Blue Velvet’ and it really flipped a switch.”

Other films on Keenan‘s make-believe festival schedule include “Happiness”, “Videodrome”, “Repo Man” and the Vin Diesel sci-fi bomb “The Chronicles Of Riddick”, about which he says, “It’s sci-fi but you have this one-liner dude that’s just awful. It’s so great.”

As for his own acting, Keenan has appeared in a few indie films and as a dog walker in “Crank 2: High Voltage”, but has no plans to delve further into that profession. He explained, “I have no experience or natural acting ability, so I would have to stop everything I’m doing to justify being in a film. I’d have to really work at it.”

Keenan has hinted in recent months that new music from TOOL is finally coming out in 2014.