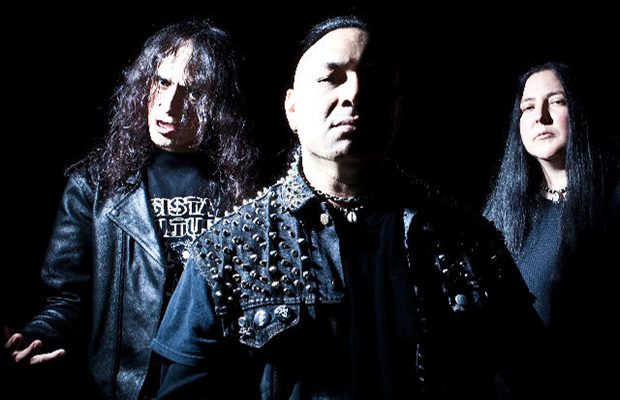 Founding TERRORIZER member and legendary drummer Pete Sandoval (MORBID ANGEL) will be joined by Lee Harrison (MONSTROSITY) on guitar and Sam Molina on bass and vocals for a European TERRORIZER tour this spring and summer. The trek is being booked by Mariusz Kmiolek at Massive Music Agency, based out of Poland. The band is planning many headline shows and festivals to perform the full classic “World Downfall” set and possibly add more surprises. Plans for further worldwide shows in 2014 and 2015 are also in the works.

Video footage of TERRORIZER‘s November 8, 2013 concert at the Brass Mug in Tampa, Florida can be seen below (video filmed by Tjandra of www.tpametalreview.com).

TERRORIZER celebrated the 24th anniversary of its classic album “World Downfall” with a lineup featuring Sandoval, Harrison and Molina.

TERRORIZER‘s latest album, “Hordes Of Zombies”, was released on February 28, 2012 via the French label Season Of Mist.

Asked about the status of Sandoval — who in 2010 underwent surgery after a prolapsed disc — MORBID ANGEL bassist/vocalist David Vincent told Capital Chaos TV: “Pete is no longer in MORBID ANGEL. Pete‘s concentrating on TERRORIZER. And Timothy Yeung is the drummer for MORBID ANGEL and he’s a doing a great job. And we’re pressing forward.”

Vincent also spoke about his guest appearance on the latest TERRORIZER album, “Hordes Of Zombies”, and his continued working relationship with Sandoval.

“It was a lot of fun [laying down the bass tracks on the CD]. He asked me if I’d be willing to play on the record, and of course I said yes. It’s a good record. It’s obviously a different style to MORBID ANGEL, and that’s OK. We like all kinds of music. So I’m glad that he’s actually out touring again and making his way. This is what he does — he plays drums and he’s damn good at it. So I’m glad that he has found his place and that he’s feeling good about it. And he’s getting a lot of support, obviously, from the fans, so everyone wins.”

Guitarist Jesse Pintado, a founding member and guitarist of TERRORIZER, died at Holland’s Erasmus MC hospital on August 27, 2006 due to liver failure, only less than a week after the release of TERRORIZER‘s second album “Darker Days Ahead”. His death effectively put TERRORIZER‘s future in question. 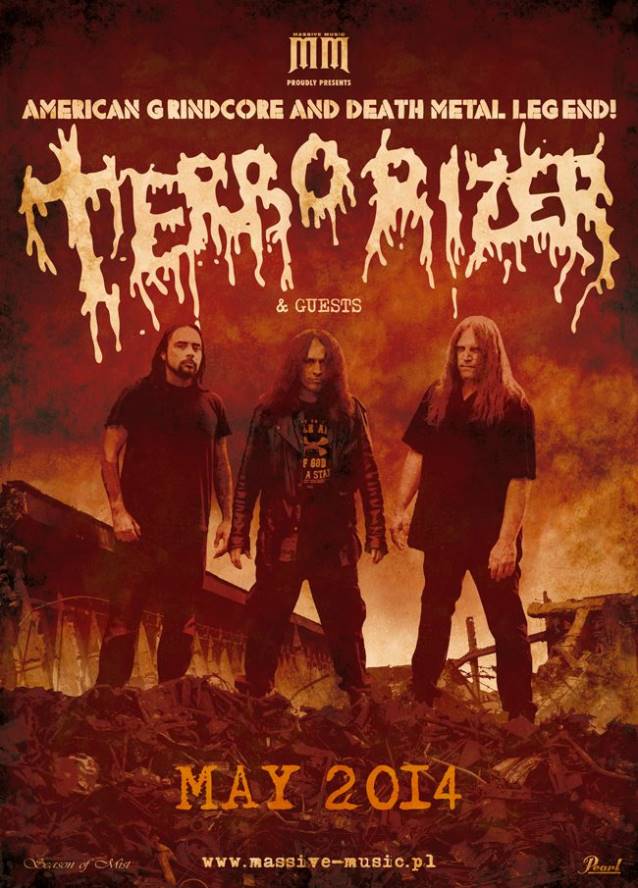