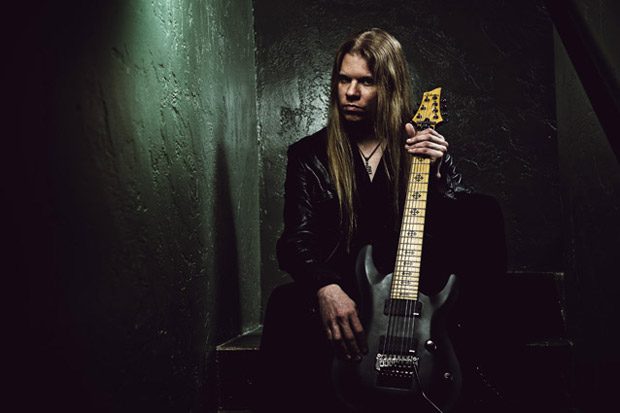 Video footage of former NEVERMORE guitarist Jeff Loomis‘ demo at the Schecter at this year’s NAMM (National Association Of Music Merchants) show, which is taking place January 23-26 at the Anaheim Convention Center in Anaheim, California, can be seen below.

The special tour edition of Loomis‘ latest album, “Plains Of Oblivion”, was released on April 16, 2013 via Century Media Records.

Loomis‘s second solo album, “Plains Of Oblivion”, sold 2,900 copies in the United States in its first week of release to debut at position No. 179 on The Billboard 200 chart. The effort landed at No. 2 on the Top New Artist Albums (Heatseekers) chart, which lists the best-selling albums by new and developing artists, defined as those who have never appeared in the Top 100 of The Billboard 200.

“Plains Of Oblivion” was released on April 10, 2012 in North America (one day earlier in Europe) via Century Media Records. The CD was produced by Aaron Smith (7 HORNS 7 EYES) and features cover artwork by Colin Marks of Rain Song Design, who has previously worked with ALL SHALL PERISH, THE END and XERATH.